Merry Christmas – Its Fine, You Can Say It!

Have you ever wondered whether you would incur “Allah’s wrath” if you wished Merry Christmas to your Christian friends, or celebrated Christmas? As it turns out, chances are that if you’ve been raised in a conservative household, this has kept you occupied!

To be honest, it seems awfully absurd to me—this idea that celebrating Christmas has theological implications and consequences. But as Facebook reminds me, this wasn’t always the case. A few years ago, I shared the following quote by Zakir Naik, a Muslim scholar, on my page:

“When you’re wishing merry Christmas to them… you’re agreeing that he is the begotten son of god, which is shirk (association with God)”

Evidently, it was quite a popular post, gathering many “likes” from my Facebook friends. Now that I am confronted with an embarrassing aspect of my past, I feel, at once, both relieved and ashamed. It reminds me of the potentially devastating consequences of ignorance on a person, and society at large.

I didn’t know much about religion, then. In fact, I practically knew nothing aside from the 5 pillars and the very basics of Islam. But I shared it anyway since Zakir Naik is a “scholar” who enjoys considerable support from Muslims and I assumed he knew what he was talking about. Besides, since such sentiments are popular, I probably posted it to gain social currency and validation.

This glimpse into my past offers me an insight as to why such simplistic and divisive notions are so popular and go unchallenged. For one, as far as I’ve observed, many of us are socially programmed to respect the “status-quo” (read: anyone with a beard who can talk religion), and not think critically about matters of faith. The reasoning goes that thinking might lead to kufr (disbelief), so it is best avoided.

Instead, the status quo is given the luxury of our blind obedience, deeming their interpretations as God’s truth. And since many of these imams espouse a very reductive and cursory reading of Islam, it creates a culture where religion is mainly used as a source of pushing an “us vs them” narrative, infiltrating societies with intolerant attitudes and a lack of appreciation for diversity and pluralism.

It is no wonder that attitudes towards Muslim minorities such as Shias, Ahmadis, LGBT’s etc. are so morally repugnant. Of course, decades of brutal dictatorships in Muslim majority states hindering democracy and secularism doesn’t help either.

Secondly, much of mainstream Islamic discourse today revolves around trivia and pedantry. We’re often found discussing the permissibility of dogs, music, “correct” ways of worship, and in this particular case, whether it is permissible to wish Merry Christmas and celebrate a “pagan” festival.

This, too, contributes to a culture where people are discouraged to pursue independent thought in fear of “getting it wrong” and remain tangled in a series of non-issues. All the while, the really pressing issues that face us are swept under the rug.

Such is the lack of introspection that when non-Muslims in the West express their solidarity with initiatives like “Wear a Hijab” day or fasting a day in Ramadan to combat Islamophobia, these acts are lauded, and rightly so. But when it’s our turn to express solidarity with non-Muslims, in some cases theology comes into play. What is this, if not hypocrisy?

No, neither wishing Merry Christmas nor celebrating Christmas implies that you believe Jesus is son of God. If that were the case, the very mention of Thursday (Thor’s day) would, by the same logic, imply that you believe Thor is a son of God. The whole idea really is that absurd—a fallacious argument employed by short-sighted religious preachers like Zakir Naik who know no better.

It is high time we stop glorifying such mediocre preachers, and seek out genuine scholars who are able to provide more nuanced arguments. Moreover, let’s not be afraid of thinking critically about religious matters. You’d be surprised how much the Quran emphasis critical thinking and not following religious leaders blindly.

To quote Immanuel Kant, “Dare to know! Have the courage to use your own intelligence!”

So, pity the likes of Zakir Naik while you go out and build bridges of love with Christians. What’s the point of religion if not to make us more compassionate, more receptive to each other?

Ro Waseem is a progressive Muslim and founder of this blog. He aims to promote pluralism, unity, and critical thinking in matters of faith. You may browse through his articles here.

December 6, 2015
LGBT Muslims: We Must Stop Alienating Them
Next Post

March 24, 2016 ISIS Has Something to do With Islam, And it is Time to Confront It
Recent Comments
65 Comments | Leave a Comment
"whats the very next verse after the compulsion one?.....exactlyyou know damn well abrogation exists in ..."
john smith Yes, You Are Taking Those Verses ..."
"In most/all illiberal Muslim-majority countries, it is."
Westsider ISIS Has Something to do With ..."
"Does the Qur'an tell us to flay him, stone him, quarter him, boil him, or ..."
Westsider ISIS Has Something to do With ..."
"Ma sha Allah, thanks for summarizing the Surah. This is very helpful. I ll comeback ..."
Dontseek Reply A Short Summary & Chapter Notes ..."
Browse Our Archives
get the latest from
Muslim
Sign up for our newsletter
POPULAR AT PATHEOS Muslim
1 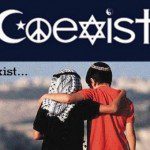 Muslim
6 Convincing Reasons Debunking The Myth of Islam...
Quranalyze It

Muslim
Why Atheists Caricature Islam: An Insiders Perspective
Quranalyze It

Muslim
LGBT Muslims: We Must Stop Alienating Them
Quranalyze It
TRENDING AT PATHEOS Muslim