Is There A Future For Jews In Europe?

A young girl’s bat mitzvah is cut short. The life of a volunteer security guard is permanently cut short. The Jewish community of Copenhagen is only the latest in Europe to face the rising tide of anti-Semitic violence. It is almost impossible to comprehend how a community that still within living memory experienced the most systemic attempt at their genocide in history, now once again, faces the fear of terrorist attacks. This time though it is very different. Despite the strong emotional resonance this is not the 1930s all over again. Instead of state governments actively acting as the agents of death and destruction, they are working to protect their Jewish communities. Brian Lehrer on New York Public Radio noted how much of a difference this is in contrast to the past two millennia of European government behavior toward the Jewish communities within their borders. This is not the 1930s.

Yet, it is hard to deny the palpable fear of those within the communities under assault. The Jewish Agency, the organization responsible for facilitating Jewish immigration to Israel posted the following tweet from France last week: 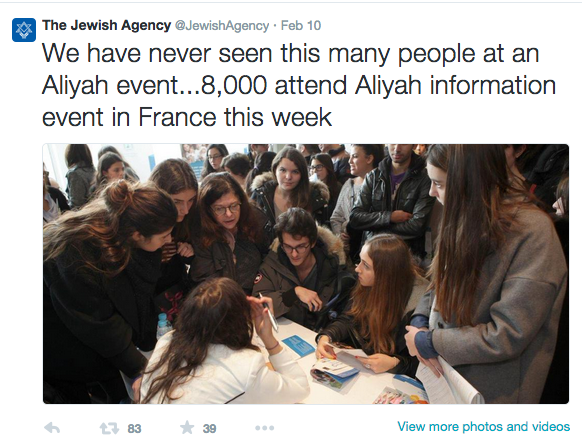 There are thousands, possible tens of thousands, of European Jews now seriously contemplating immigration to Israel. To be sure this is not the only picture. There are countless pictures of people defiantly proud of the places of their birth and determined not to leave. When I visited the French city of Marseille in the summer of 2013 as part of an interfaith conference I met with members of the Jewish community who despite regular acts of intimidation and assault remained determined to stay. The story of thousands lining up to attend seminars on immigration to Israel is as honest a depiction of the current Jewish reality as are the countless stories of those who will not leave. Both stories are true. It is within that framing that Prime Minister Benjamin Netanyahu offered the following words to the Danish Jewish community in the wake of the shooting at the synagogue:

“Israel is your home. We are preparing and calling for the absorption of mass immigration from Europe… To the Jews of Europe and to the Jews of the world I say that Israel is waiting for you with open arms.”

Was Netanyahu right to call for a mass wave of immigration of European (and indeed worldwide) Jewry to Israel? Was this within his responsibility as Prime Minister of Israel? Should he have offered support in other ways? Was this only political maneuvering as the upcoming elections in Israel loom large?

The Chief Rabbi of Denmark, Jair Melchior, responded critically to Netanyahu: “Terror is not a reason to move to Israel.” Others have praised his call as courageous and the right thing to do as the Prime Minister of Israel.

Is there a future for Jews in Europe?

First, it needs to be said as clearly as possible: The fight against anti-Semitism in Europe is linked to the fight against Islamophobia. They are the same fight. I wrote about their connection last week.

As I think about that question I keep on being haunted by the image of my great-aunt sitting in my parents living room crying about our family who chose not to leave Vienna before it became too late. I am haunted by the historical record of rabbis, community leaders and others reassuring the European Jewish community it would all be fine. I am reminded of the recent retrieval from the New York Times’ archive of its first article on the rise of Adolf Hitler in 1922 that claimed:

“But several reliable, well-informed sources confirmed the idea that Hitler’s anti-Semitism was not so genuine or violent as it sounded, and that he was merely using anti-Semitic propaganda as a bait to catch masses of followers and keep them aroused, enthusiastic, and in line for the time when his organization is perfected and sufficiently powerful to be employed effectively for political purposes.”

Yes, this is clearly not the Europe of the 1930s. Yes, we are blessed to have European states striving to protect all of its citizens, Jews included. Yes, as Prime Minister Valls of France said “France without its Jews is not France.” This is all true, but just because it is not the 1930s does not mean it is not the rise of something new and something we did not predict.

I do not know if Prime Minister Netanyahu’s comments were merely opportunistic, misguided or insensitive. I simply know that if I am ever asked the question should I stay or should I go, I do not want to be the one who says stay and need to live with the possible horrible consequences of that advice. 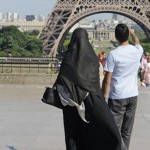 February 3, 2015
Why Anti-Semitism and Islamophobia Will Determine the Fate of European Society
Next Post 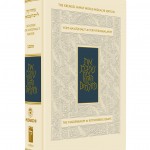