{I’m away this week, but will continue to do some (re) posts. This article originally appeared at Christianity Today‘s women’s blog, her.meneutics.}

Amelia Brown, principal of the William D. Kelley School in Philadelphia, recently called on parents and Operation Town Watch Integrated Services (which helps neighborhoods fight crime and drug deals) to position themselves strategically around corner stores around the school. Their mission: to keep kids from buying junk food and encourage them to eat a real breakfast at school.

Since becoming principal last August, Brown has focused intently on improving the diets of her students. She began by urging corner stores to refuse to sell candy and sodas to kids in the morning, with mixed results. Brown, convinced that junk food is to blame for the headaches and stomachaches that consistently undermine academic performance, as well as for the steadily-increasing “flab” of older students, noted that she’d have no choice but to organize boycotts of the stores that wouldn’t stop selling to students.

Brown’s efforts seem extreme, better reserved for the fight against underage smoking, say, or illegal drug use. After all, we’re just talking about soda, candy, and chips. Or are we?

As The Times noted, we’ve known for a long time that cravings for sugar, salt, and fat are inborn; even newborns can’t resist the taste of sugar. Those “primal” cravings are exactly what the food industry capitalizes on, endlessly engineering, testing, and retesting products for “hyperpalatability“: an elusive quality that renders edibles both irresistible and addictive. PET imaging shows these kinds of foods work on our brains in ways similar to heroin, opium, and morphine; it’s thought that they even stimulate the release of dopamine, which prevents the brain from turning on the “brakes” that would normally prevent us from overeating. Maybe Brown’s calling in the neon-vested, walkie-talkie equipped neighborhood watch isn’t extreme after all.

I, for one, admire her courage, especially considering how particularly vulnerable children are to the promises of advertising. I can remember walking through a store with a young friend who spotted a box of candy decorated with pictures of Shrek. “Oh, I bet those are good,” she said. (She was a fan of the film and all of 4 or 5 years old at the time.) Young children, especially, aren’t easily able to distinguish between fact and fiction, and the implied promise that a certain sweet breakfast cereal will cause magic animal friends to appear at the table with them isn’t clearly fantasy in their eyes.

Children are vulnerable in other ways. Their quickly growing bodies and brains need optimum nutrition for good development, and they are, to a much greater degree than adults, forming habits and tastes that will stay with them for the long haul. If their taste buds are trained on processed food and sugary drinks, that’s what they will expect, want, and crave.

The tasty junk that tempts our nation’s kids and adults alike were once rare and expensive treats, if not entirely non-existent. Now the opposite is true. Junk food is cheap and ubiquitous. Processed foods create larger profits for food producers than non-processed foods, though they are among the cheapest items in the supermarket. Calculating the cost-per-calorie, carrots are four times more expensive than potato chips, and sodas contain some of the cheapest calories in the place — which is why the most obese people in America are also most likely to be the poorest. Whereas childhood obesity was once a rarity, it is becoming tragically common, and every bit as serious as underage smoking, drinking, and illegal drug use.

In conversations about obesity rates, the concepts of personal responsibility and self-discipline come up again and again. There are those who will look at Brown’s efforts in Philadelphia and charge her with failing to prepare kids to face the real world, where they’ll be free to buy and eat what they want. But I tend to look at it in a different way. Bearing in mind the substantial evidence demonstrating that industry-engineered foods are addictive by design, and considering that children are very vulnerable both to the pull of palatability and propaganda, I consider that perhaps God would be pleased to have us plead the case of these children — to act boldly in their defense and to push back against the system that would just as soon have them addicted to junk, on diabetes and ADHD meds, and desperate to lose weight.

Jesus said that when we feed the hungry, we are feeding him. Today’s poor, like many of those Philadelphia kids, are more likely to be suffering from an excess of bad food than a lack of any food. So it’s worth considering: How do we serve them as if we were serving Him? Maybe by taking simple steps to bring healthy lunches to schools, supporting your local food bank in adding fresh produce to their regular distributions, and encouraging your church to commit to serving wholesome meals in its own communal life. There are lots of things you can do to help ensure that the most vulnerable are fed — and fed well. And as is true (almost) always, it’s a good idea to begin your efforts at home. 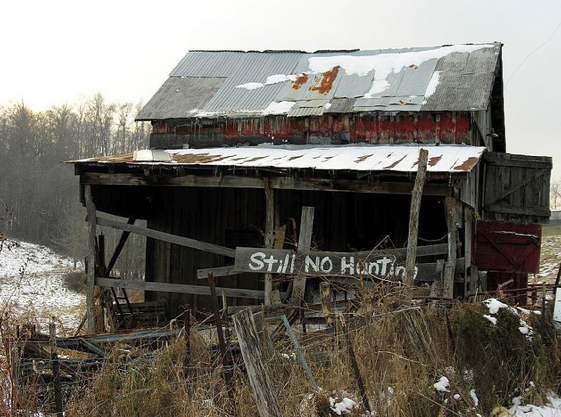