The Rehabilitation of Bush is Obama’s Worst Legacy 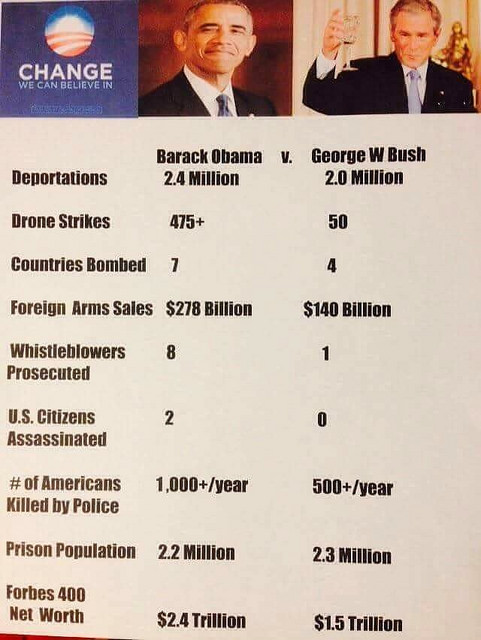 Something terrible is happening in liberal America.  More than eight years after the end of the worst presidential administration in living memory, the reputation of George W. Bush is being rehabilitated.  It started with a TIME story that called the 43rd president “A paragon of statesmanship” in comparison to Donald Trump, and has snowballed from there.

Vanity Fair described him as a “hipster icon.”  Slate called on him to “speak to his party,” framing Bush as some sort of Republican icon a la Lincoln.  Liberals have lauded him for saying that he “[doesn’t] like the racism” of the Trump administration, as if that is some kind of bold or revolutionary stance to take.  The press has swooned over his statement that the work they do is important.  Bill Maher, possibly just to exacerbate his rapid descent into irrelevance, recently stated that liberals who had criticized Bush (including himself) were “crying wolf.”  Nancy “We’re capitalists, deal with it” Pelosi recently called him “a great president” on immigration.

Most terrifyingly, Bush was a guest on Ellen, where the two sat and laughed like old friends.  It must be easy for a rich, white lesbian to forget that Bush once proposed a constitutional amendment that would make her marriage illegal.  She has white, middle-class viewers to entertain.

So how did this happen?  How is it that the neo-con president that brought America into an illegal war, entrenched us in a quagmire in “the graveyard of empires,” crashed the economy, decimated public education, instituted a policy of torture, ignored warnings that could have prevented 9/11, laid the groundwork for mass surveillance, and stole an election well before Trump made it cool, could become rehabilitated like this?

The Washington Times lays the blame on the nature of liberals:

That may sound good to conservatives, but it’s too simplistic for my taste and, perhaps ironically, doesn’t insult liberals nearly enough.  Bush may speak in a restrained manner, unlike Trump, but the policies – you know, the actual actions, not just the words – have obvious continuity.  Trump is nothing new – he has merely intensified the long-standing Republican platform:  tax cuts for the rich, science isn’t real, and fuck poor people.

But you cannot have continuity between 43 and 45 without taking a look at what came between.  It is there, at the presidency of Barack Obama, that you see clearly why liberals are so keen to re-evaluate Dubya.

Barack Obama is a hero to liberals; he left office with an impressive 60% approval rating.  The important question is, why?

If we’re speaking of continuity, there is perhaps no greater degree of continuity between administrations of different parties than between Bush and Obama.  It is not liberal journalists, or Ellen DeGeneres, or hipsters, that have normalized George W. Bush:  Obama has been doing it for eight years.

Obama also expanded Bush’s drone program to a whopping eight countries. The Nobel Peace Prize recipient dropped so many bombs on Syria that at one point, they literally ran out.  He also became the first Peace Prize winner to bomb another Peace Prize winner.  He kept his campaign promise to end the war in Iraq by leaving over 5,000 troops there, a number which he then increased once everyone stopped talking about it.

Bush’s No Child Left Behind was terrible, sure, and Betsey DeVos scares liberals even more.  But it was Obama’s administration, led by Arne Duncan, who put NCLB on steroids with the Race to the Top initiative, and Obama’s former chief of staff Rahm Emanuel who has destroyed public education in Chicago.

Healthcare?  Obamacare is a right wing health plan that has its genesis among the Nixon administration and the Heritage foundation.  No wonder it has been an abject failure.

The economy?  Obama has been great for the stock market, but the liberals who tout this statistic never mention that stock market gains overwhelmingly benefit the rich.  Obama also failed to enact strong regulation on the financial institutions that caused the crash at the end of the Bush years; the legislation that did get passed is a weak, ineffectual mess that has redlined poor neighborhoods while ensuring that the banksters stay wealthy (oh, and he prosecuted zero of them, either).

Barack Obama’s ultimate legacy is an indictment of liberalism.  His presidency taught liberals that they aren’t really against horrible, oppressive, imperialist, and classist policies.  Until now, they’ve only been against people with an R next to their name; apparently now they’re only against Trump.  Liberals have let identity politics run amok:  it is not enough that Obama’s atrocities are ignored because he was the first black president; now Bush’s atrocities are being ignored because he’s “not Trump.”

It should come as no surprise to anybody that liberals are developing a soft spot for Bush despite his objectively terrible record.  They spent the last eight years doing the same for Barack Obama. 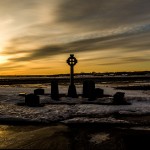 March 10, 2017
Not Peace, but Division: The Kingdom of God and Family Values
Next Post 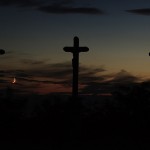