How Jimmy Dore Became an Unlikely Hero to the Left

How Jimmy Dore Became an Unlikely Hero to the Left April 26, 2017 Christian Chiakulas

“Money is like shit:  if you pile it up, it stinks.  If you spread it around, it makes stuff grow.” -Jimmy Dore

Leftists are generally not overly fond of most people who label themselves “progressives.”  After all, at the end of the day, progressives are still liberals.

I used to be a huge fan of The Young Turks and their founder, Cenk Uygur.  Back when I was still a liberal, I became an ardent supporter and fan of TYT after seeing Uygur’s interview with Reza Aslan, whose book Zealot was instrumental in my development as a revolutionary Christian leftist.

This happened just in time for the beginning of the 2016 presidential primaries, and for the year that Bernie Sanders fought valiantly against Hillary Clinton and the “establishment, corporatist wing” of the Democratic Party, TYT was my go-to source for news and commentary.

TYT, with all of its hosts, guests, and satellite shows, was and still is the exemplary of liberal-left progressive media.  (To this day, I refuse to hate on it along with most of my fellow leftists).  But when Sanders was finally defeated last June and endorsed Clinton, and then TYT shifted the focus of their coverage to be more anti-Trump than anything else, I lost heart.

That was the beginning of my radicalization.  That was when I finally took the first step away from liberal progressiveness, and towards radical, anticapitalist leftism.  And I was far from alone.

Along the way, we progressives-turned-leftists discarded most of what we had loved from the bygone days of 2015.  TYT’s endless coverage of Donald Trump disgusted me.  I was reminded of the late Bush years, when all liberal media was united in their opposition to the president, except now I saw their hypocrisy:  the massive inequities of the Obama years were (and are) still fresh in my mind.

I realized that Elizabeth Warren is an opportunistic fraud.  I saw Bernie Sanders stumping for Hillary Clinton, the epitome of everything he was supposed to stand against.  I heard Cenk Uygur defend capitalism.  Most of the regular hosts of The Young Turks, actually, began to disappoint me on a regular basis.

With one notable exception.  Jimmy Dore, comedian and political satirist, refused throughout the general election to balk at Trump and let up on the Democrats.  He refused to tone down his criticisms of the status quo, to pull any punches on the neoliberal establishment that has ruined this country (and indeed, the world).

Then, after the election, with my feet planted firmly in the radical left, this happened:

I still remember the feeling I got the first time I watched this video.  A mix of surprise, disbelief, and amazement washed over me.  Was I really hearing such impassioned, ferocious polemics against Barack Obama, from a member of the “progressive media?

Over the next few months, Jimmy Dore proved himself to be a mind far beyond the “progressive media.”  After the death of Fidel Castro, Dore made several videos on his own YouTube channel, The Jimmy Dore Show, highlighting Castro’s accomplishments and calling out American hypocrisy on Cuba.  He began calling out American imperialism with ever-growing conviction.  He continued to criticize capitalism, and was always fair towards communism without explicitly endorsing it.

I wasn’t the only leftist to notice.  Across social media, jokes about “Comrade Jimmy Dore” and “Jimmy Dore Thought against Cenk Uygur Revisionism” began to crop up.  Leftists I know were sharing Dore’s videos at the same time as they criticized the rest of TYT and abandoned their love of Bernie Sanders.  Dore himself has been completely unafraid to criticize Sanders when the occasion calls for it.

And it’s all because Jimmy Dore continues to tell the truth, no matter how he is criticized or marginalized.  His appearances on TYT’s flagship show have become more sporadic as he is relegated to the members-only Aggressive Progressives, where he has continued to speak truth to power.  Even when Youtube de-monetized many of his videos, he plowed ahead, calling out Western lies about Syria and Bashar al-Assad, further cementing his place as a voice against imperialism.

Jimmy Dore may or may not consider himself a communist, socialist, or anti-capitalist.  I am not here to tell anybody that he is secretly a radical leftist.  I don’t know him.

But what I do know is that if he isn’t one of those things, he’s damn sure close to it.  He has done what no other “progressive” has been able to do:  earn the respect and adulation of the radical left, without placing himself firmly among us.

What Jimmy Dore has proven himself to be, however, is a courageous truth-teller with an open mind and a passion for justice.  Whatever his ultimate feelings about capitalism, he is an ally of ours.

And maybe, just maybe, there is room for him to move even further to the left. 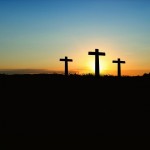 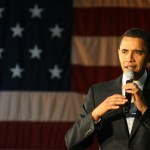