A Stab in the Dark at Christian Marxism

A Stab in the Dark at Christian Marxism June 1, 2017 Christian Chiakulas

Have you ever heard of Christian Marxism?

I know what I want to call myself, but I still feel uncomfortable doing it.  I am a Marxist, and I am a Christian, and I want to be able to call myself a Christian Marxist to define both my religious and political beliefs all at once.

The problem is that nobody knows what that means, and to many it sounds nonsensical.  Many Christians would consider me blasphemous, and many Marxists would consider me a revisionist.  And the truth is, I can’t exactly dispute either of those accusations.

So here’s what I’m going to do.  I am going to write down some initial thoughts I’m having about what this term means to me, as well as what I believe it could mean if others relate to it as well.

Marxism is the theory, established by Karl Marx and Friedrich Engels, that communism will be achieved when the exploited working class (the proletariat) seizes the means of production from the wealthy ruling class (the bourgeoisie).  The proletariat will establish a new socialist society, and over time classes as well as the State will wither away and lead to communism.  Marxism is also the practice of studying and interpreting history as well as current events through dialectical materialism, which we will get to in a moment.

Christian communism is any form of Christianity that seeks to achieve (or believes in the ideal of) communism, that is, a stateless, classless society as mentioned above.

Christian communism is totally a thing, and one needs not be a Marxist to be a Christian communist.  It is perfectly possible to believe that Jesus’s Second Coming will usher in the stateless, classless society known as the Kingdom of God and that it will be established by divine intervention at some point in the future.  One would be, in a sense, a Christian communist, but not a Christian Marxist, putting faith in God instead of in the proletariat.

It is also possible to be a Christian communist that does actively seek to bring about communism through human means, but is still not a Marxist.  You can be a Christian anarcho-communist, for example, and believe that the period of socialism known as the “dictatorship of the proletariat” is unnecessary.

All of these types of people exist, and I respect their beliefs.

I am a Marxist, however, and the reason I am a Marxist is that I take a dialectical materialist approach to Christianity.

Dialectical materialism is the idea that the world is made up of only material things (materialism).  These materials form and shape the human world, and humans in turn shape and form the material world (dialectics).  Here’s a handy chart: 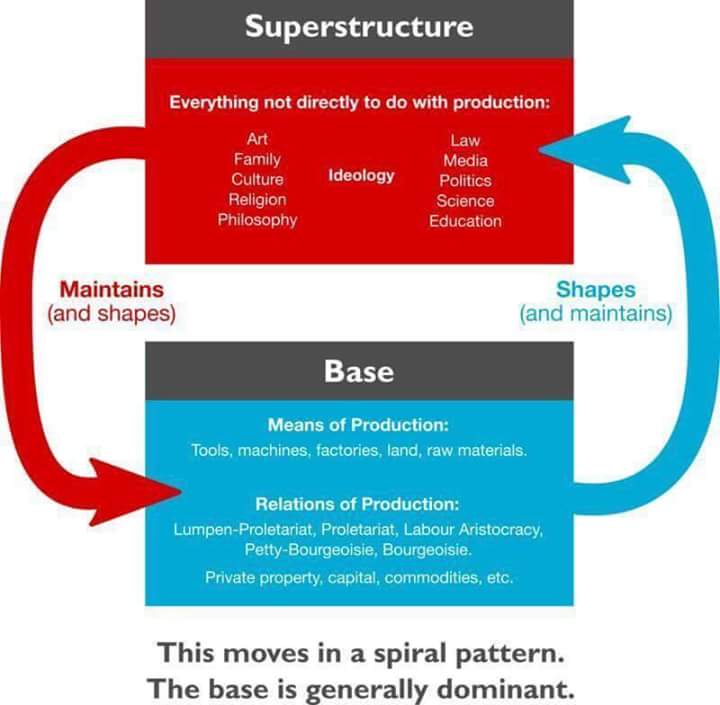 The process of analyzing history from this standpoint is called historical materialism or the materialist conception of history.  Here is an explanation from Engels’s The Origin of the Family, Private Property, and the State:

“…the determining factor in history is, in the final instance, the production and reproduction of the immediate essentials of life…The social organization under which the people of a particular historical epoch and a particular country live is determined…by the stage of development of labor on the one hand and of the family on the other.”

It was through analyzing Christian origins from a historical materialist perspective that I became a Christian Marxist.

Curiously, I realized after reading Marx and Engels that I had been looking at Christianity from a historical materialist perspective for a while; my favorite New Testament scholar, John Dominic Crossan, emphasizes very much the material realities of the world of Jesus and how they shaped him (Crossan’s friend, the late Marcus Borg, does the same).

Using this method yields, in my opinion, the “best” way to understand Jesus.  It forces us to understand him within his own cultural context, and it challenges us to think about what his movement meant, what he really hoped to accomplish.

Through Marxism, we are able to understand Jesus’s many condemnations of the traditional family.  We are able to see the class character of his movement as being at the forefront of everything.  We understand why he and his brother James despised wealth and the rich so much.  We see, with horror, why Jesus was crucified by the Romans, and how he was shaped by imperialism.

To flesh out a true, thorough Christian Marxism in theory and praxis would take many books and many years.  I will continue to work on it, and in my next blog about the topic, I will address some of the most obvious objections to fusing Marxism and Christianity.  For now, what is important is my conviction that Jesus of Nazareth and his movement were an expression of class struggle, the tension between a future (but tangible) just society (and Jesus saw justice as rooted in God) and the current, unjust society.

A Christ-centered Christianity must take up class struggle and all it encompasses in order to realize the Kingdom of God on Earth.  To paraphrase the late Catholic priest Camilo Torres Restrepo:  “Every Christian who is not a revolutionary lives in mortal sin.”

By the way, my debut novel is out now in paperback and ebook format.  You can buy it here! 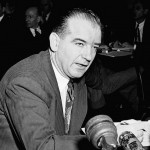 May 5, 2017
The Democrats Have Officially Brought Back Red-Baiting: Brooklyn Teacher Accused of Being A Communist
Next Post 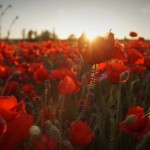 No time to think about what...
slacktivist
Related posts from Radical Christian Millennial