The Democrats Have Officially Brought Back Red-Baiting: Brooklyn Teacher Accused of Being A Communist

The Democrats Have Officially Brought Back Red-Baiting: Brooklyn Teacher Accused of Being A Communist May 5, 2017 Christian Chiakulas

A Brooklyn school principal who has been an outspoken critic of institutional racism within the school system is under investigation for “ communist activities.”

Since the surprise election of Donald Trump as president, the Democratic establishment, including Hillary Clinton, has cast blame for their loss everywhere but towards themselves.  James Coamey, Jill Stein, Bernie Sanders, Susan Sarandon, the list of scapegoats goes on and on.

The most nefarious of these scapegoats, however, is Russia.  Without a single shred of hard evidence, the Democratic Party and the mainstream media have propagated the idea that the Russian government intervened in the 2016 presidential election in order to help Trump.

It’s important to be clear what the allegations are:  partly they involve the Russians spreading “fake news” stories that are unfavorable to Clinton, but more importantly, the Russians are supposedly behind the emails leaked by WikiLeaks that showed evidence of DNC collusion with the Hillary Clinton campaign against Bernie Sanders.

In other words, the Russians exposed unethical electioneering on the part of the Democrats in order to swing the election towards Trump.

Whether or not this is true is actually completely irrelevant.  The emails released by WikiLeaks are real and expose real corruption within the Democratic Party, and Trump is an illegitimate president lacking a mandate no matter what because he lost by over 3 million votes.

And, again, I want to remind you that there is no real hard evidence.

That hasn’t stopped the Democrats and their mainstream media boosters from screaming “Russia!” at every turn.  And, bizarrely, along with this has come a slew of outright red-baiting ala McCarthyism. 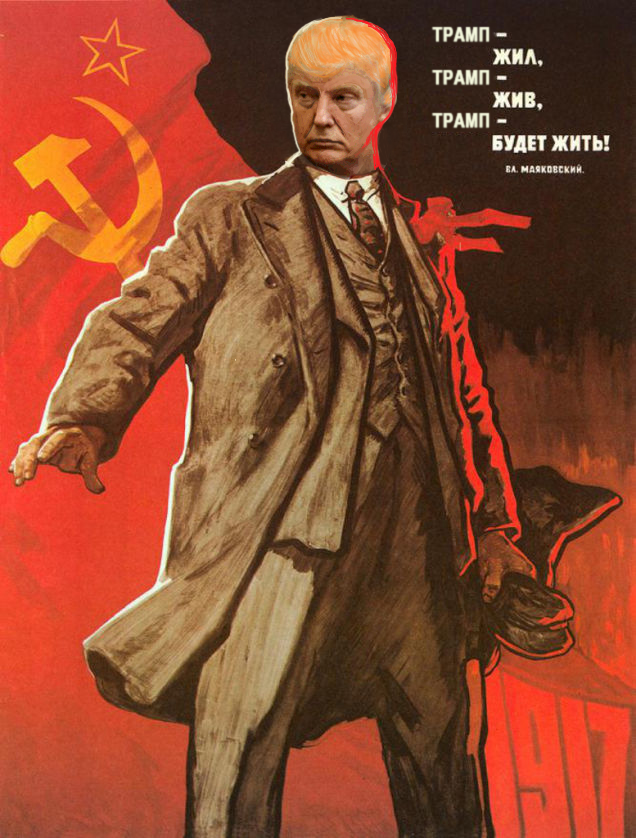 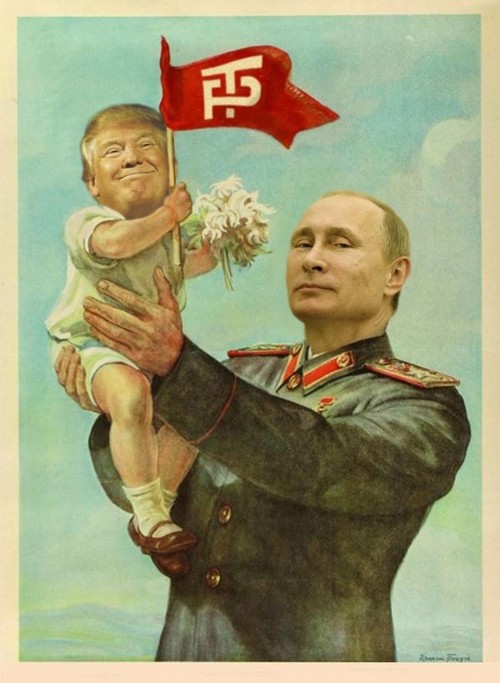 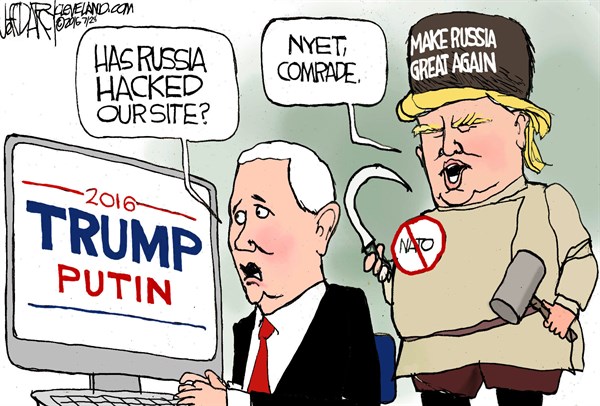 Do…do these people know that Russia isn’t a socialist state anymore?  Are they aware that Putin is not a communist?  Do they even know what communism is?

Regardless of whether these memes are meant ironically or not, they have contributed to an environment that’s seen Jill Bloomberg, principal of Park Slope Collegiate, faced with a Department of Education investigation that is hurting her, her students, and her school’s community.

Principal Bloomberg is known for her anti-racism activism, which she encourages students to get involved in.  Just before the investigation, Bloomberg complained to the DoE about how a mostly-white school located on the same campus as hers was allotted more athletic resources than were given to her mostly-black and Latino students.  Many, including Bloomberg, fear that this investigation is a reaction to her complaint.

“People who support civil rights and integration have long been called communists,” Bloomberg’s lawyer said in a lawsuit to halt the investigation.  “That’s why this investigation is so dangerous.”

The allegations involve a group called the Progressive Labor Party, a communist political party that Bloomberg is supposedly involved with (a claim she denies).

Even if she were involved, it may come as a surprise to learn that being a communist is not illegal.  The rights to free speech and free expression that liberals claim to love so much include the right to be a communist, if one desires.  Unless the DoE can prove that Bloomberg was actively recruiting students into a communist organization on school property and during school hours, then she has done nothing wrong.

Bloomberg’s students have rallied behind her, circulating a petition to the community and offering words of solidarity.  Colleagues have also rushed to Bloomberg’s defense, with one special education teacher stating, “I’ve never seen her furthering any political agenda whatsoever [in over a decade]…she fights against racism.”

We should all be afraid of this becoming the new reality in Trump’s America.  The Democrats may think that their Russia-hysteria will score them easy political points, but an unintended byproduct may be that they foment a new era of McCarthyism, allowing Trump to take the surveillance apparatus built by Barack Obama and use it against any dissenters by branding them “communists.”

Instead of rushing to Bloomberg’s defense by denying that she is a communist (and I do not know if she is or isn’t), I would like to see liberals take a truly principled stand and remember that whether she is or is not a communist, she deserves the same rights as they do.

And maybe some of them will take a long look at themselves and say, “If fighting racism makes me a communist, then I guess I’m a communist.” 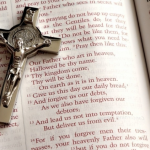 May 1, 2017
A Prayer for Workers on International Workers' Day
Next Post 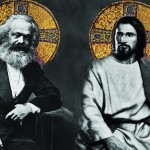