Would Jesus Punch a Nazi?

Is it okay for a Christian to punch a Nazi?

The question of the place of violence within Christianity has been debated since Jesus first told his disciples to turn the other cheek.  Everyone from popes to bishops to theologians to politicians has weighed in, and different denominations have wildly differing opinions on the matter.

It is unfortunate then that the question is still not settled.  And in the wake of the fascist “Unite the Right” rally in Charlottesville last weekend, the question of violence is being debated all across America and the world, usually in the form of, “Is it okay to punch a Nazi?”

I admit that I have struggled with this question myself, for my Christian faith predisposed me for many years towards total pacifism.  This created no friction with my stance against imperialism and war, but now, with the turmoil going on around me, I am struggling with the implications of pacifism for resistance and liberation movements across the globe and especially here at home.  In the course of this struggle I have come to a much more nuanced take on violence and its compatibility with the Kingdom of God.

First we must understand what violence is.  The definition most people implicitly use, as defined by the World Health Organization, states that violence is “the intentional use of physical force or power…against oneself, another person, or against a group or community.”  But I reject this definition as incomplete.

Physical force only describes immediate violence.  Describing violence in this way serves to obscure its nature, to the benefit of the greatest purveyors of violence.  If someone causes your death or injury, is not that violence?

In a world that produces enough food to feed each and every one of us, starvation is violence.  In a society where vacant houses outnumber homeless people six to one, homelessness is violence.  A country in which health insurance companies rake in billions in profits while leaving nearly thirty million people uninsured and unable to access medical care is a violent society.

This is the everyday violence of capitalism – if it is profitable to let somebody die, or languish in abject poverty, we do so.  That is a violent society.

But how do we resist this violence?  Should the slow violence of capitalism and racism be met in opposition by the fast violence of bloody revolution?

In Charlottesville, hundreds of fascists (including members of neo-Nazi organizations) gathered together.  They chanted antisemitic slurs and conspiracies and proudly waved swastikas and flags of a genocidal slave state.  One of them drove a car into a group of counterprotesters, killing a woman named Heather Heyer.  All of this is terrorism, not just the latter act; all of it is violent.

So do we turn the other cheek and meet hatred with pacifism?  Do we allow Nazis and white supremacists to have a platform, to spew their hatred, to organize, to normalize?

Or do we punch a Nazi?

Thomas Aquinas, building on the ideas of St. Augustine, laid out some prerequisites for Christians to participate in war:

“There are three requisites for a war to be just. The first thing is the authority of the prince by whose command the war is to be waged. It does not belong to a private person to start a war…but since the care of the commonwealth is entrusted to princes, to them belongs the protection of the common weal of the city, kingdom, or province subject to them. And as they lawfully defend it with the material sword against inward disturbances by punishing male-factors, so it belongs to them also to protect the commonwealth from enemies without by the sword of war.”

Aquinas was writing during a time of feudalism and marriage of Church and State, and he took it for granted that authority was vested in the monarchy.  Therefore, to him, war was only just if it was ordained by the State.

“The second requisite is a just cause, so that they who are assailed should deserve to be assailed for some fault that they have committed.”

Aquinas then quotes Augustine, and “just cause” is defined exclusively in terms of nations or cities, not individuals.

“The third thing requisite is a right intention of promoting good or avoiding evil. For Augustine says: ‘Eagerness to hurt, bloodthirsty desire of revenge, an untamed and unforgiving temper, ferocity in renewing the struggle, dust of empire,—these and the like excesses are justly blamed in war.’”

Augustine’s and Aquinas’s precepts for whether Christians should support war have been so thoroughly ingrained that most Christians accept them implicitly, without even knowing that there was a controversy in the early Christian communities about this.

But there was.  Many of the earliest Christians refused to participate in war, and Augustine himself felt compelled to respond to scriptural objections such as Jesus’s famous quote: “All that take the sword shall perish with the sword.”  Augustine’s justification was an appeal to authority, that one who takes the sword by “command or grant of any superior” was exempt.

But what if we are resisting authority itself?

The problem is that we cannot ultimately rely on our earthly masters to protect us from fascism and racism.  The liberal fetishization of free speech means, unfortunately, that it is completely legal to be a Nazi and to advocate genocide, so long as you do not threaten the interests of capital.

History clearly demonstrates that if fascists are allowed a platform, they will expand, especially in times of great political and economic turmoil.  The Nazi Party capitalized on working-class immiseration; likewise Mussolini’s fascists.  Knowing that, it seems that allowing them to exist and organize and speak freely puts the lives of their intended victims in danger.

Jesus admonishes us to turn the other cheek and put away our swords – and ordinarily, that is what we must do.  But we do not live in ordinary times.

The State, by definition, has a monopoly on legitimate use of force.  Our bourgeoisie-liberal state, unfortunately, refuses to exercise this power in defense of black people, of Jews and Muslims, of the LGBT+ community, of immigrants, and of everyone else that the alt-right and other neo-Nazi groups would literally kill given the chance.  In fact, the state is regularly a force of terror against those very people; and now we see why resistance to the dominant power structures is necessary; they are neither against nor neutral to fascism:  they are in league with it.

It is one thing to turn the other cheek when someone strikes you.  It is another to do the same when a Nazi advocates the murder of you and everyone who looks like you.

As long as there is the possibility of that type of murder and violence – as long as fascists are allowed to exist freely within society – it is impossible to turn the other cheek.  It may be evil to murder – but it is more evil to stand idly while millions of others are murdered.

We’re not talking about taking up arms and massacring white nationalists.  The situation isn’t that bad – yet.  Let’s make sure it never gets to the point where anything resembling that is ever necessary:

-Ostracize racists and fascists from your family, friends, and social groups.

-Dox them, publicly shame them, and get them fired if possible.  Show them their beliefs have consequences.

-Be willing to stand opposite them when they show up in public.  Make them hide behind police.  Show them how weak and cowardly they are.

-And, if the situation calls for it, punch them.  Punch them right in their faces.  Show them that there are no safe spaces for Nazis, racists, and fascists in this country.

I don’t know and cannot say if that’s what Jesus would do.  But I can say with confidence that it is what all Christians must do. 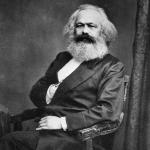 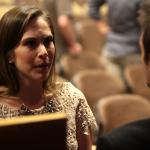