This is gonna upset a lot of my progressive liberal friends, but I promise you writing this hurts me more than it hurts you.  I used to absolutely adore Ana Kasparian.

Kasparian, the outspoken co-host of The Young Turks’s flagship show, was at Politicon a few weeks ago (July 29th and 30th) where she debated right-wing lunatic Ann Coulter.  I didn’t pay much attention to Politicon because with the exceptions of Jimmy Dore and Jordan Chariton (who, full disclosure, I work for), I’ve largely moved on from The Young Turks and the progressive movement in general.  This clip serves as a grim reminder that the progressive movement typified by TYT and other left-liberal activists and journalists is a dead end with nothing to offer working-class Americans.

Near the end of their hour-long debate, Coulter and Kasparian got into a spat about Hispanic immigrants taking the jobs of working-class black Americans.  Coulter spoke of black people from the LA community giving testimony before Congress about how their children could not get jobs at McDonald’s because they didn’t speak Spanish.  The video is here, and in case you can’t watch, I’ve transcribed the relevant section below.

Listen/read closely to Kasparian’s reply.  It is truly astonishing.

Coulter:  There was a testimony before congress from LA communities, where black witnesses were going in and saying, ‘my kid applied to the local McDonald’s, they wouldn’t hire him because he didn’t speak Spanish.’  It is mostly black communities that are being overwhelmed with illegal immigrants.

Kasparian:  You like the free market, right? You love the free market.  I love the free market as well.  In a free market, there will be competition for certain jobs.  And so, the most skilled worker is likely to get that position.  Being bilingual is a skill…I get it, if you’re not bilingual it makes you uncomfortable, you’re not as competitive. But guess what?  We live in a country where you have all the resources at your fingertips.  You can learn a language for free online.  Enough with this victimhood! …If you want to compete for these jobs, go out there and learn! Pick yourself up by your bootstraps, learn a new language! There’s nothing wrong with knowledge.

Okay, now really, truly be honest with yourself:  if I’d attributed Kasparian’s quote to Bill O’Reilly, would you have questioned me for even a second?

There is so much to unpack here that I struggled for a while with where to begin, so let’s just dive in at the beginning.

First off, I need to be clear that I despise Ann Coulter and everything she stands for.  She is absolutely reactionary and her opinions are garbage.  But damn if she isn’t a smart debater.

The alt-right have become masters at taking the languages of populism and identity politics and twisting them to suit their malevolent goals.  This is on full display here.  By couching her xenophobic views as a concern for black Americans (among the most oppressed and exploited people in this country) Coulter was able to completely neuter any argument Kasparian might have been capable of mustering.  This forced Kasparian to fall back on right-wing talking points that would have been perfectly at home on Fox News.

It’s important to keep in mind that we’re talking about minimum-wage jobs at McDonald’s.  Kasparian’s admittance that “In a free market, there will be competition for certain jobs” wholly indicts the free market she claims to love.  When a job so degrading and horrible that it is literally the paradigmatic example of a “crappy job” still requires skills that many Americans don’t have, your “free market” has failed.

Next, Kasparian, a white millionaire, blatantly condescends towards impoverished black people by saying that not speaking Spanish makes them “uncomfortable.”  No Ana, not being able to afford to eat because your cherished free market is systemically unable to provide a standard of living for the working class makes people uncomfortable.

Then comes the ludicrous statement that anybody can simply go online and learn a language for free.  This is horrifically classist and ableist.  Kasparian is blissfully ignorant to the fact that the vast majority of poor people are “under-connected” and that millions of poor Americans have no internet access whatsoever.  To suggest to violently poor people with no access to education that they simply go to a library and teach themselves an entirely new language reeks of the type of elitism that makes people despise liberals.

To complete her transformation into a Fox-News-reactionary, Kasparian then decries “victimhood” and tells poor people to “pick themselves up by their bootstraps,” something that is both literally and figuratively impossible.

Progressive TYT fans are silent about all of this, even though if a right-winger had made the exact same statements (which they do, often) they would rightfully call out how racist, classist, elitist, etc. it is.  When one of their own accidentally makes the same arguments, they are silent.

The reason Ana Kasparian fell back on such a horrible argument is because she is a liberal, and liberalism is the root cause of the problems she is trying to diagnose.  The real issue is that capitalism pits different classes of oppressed workers against each other in order to maintain a surplus of labor and maximize profits.  The answer is to build a coalition – but to what end?  To teach black people Spanish?  Such are the limits of the liberal imagination.

They hold up “education” as the answer to economic instability, ignoring that education cannot keep up with ever-evolving economic realities (not to mention the elitism of believing college will magically fix everyone’s problems).  This shifts the focus from the economic relations that cause poverty and inequality onto the impoverished themselves, telling them that they simply need to adapt to material conditions that have rendered them powerless.

The answer to Coulter’s point – the answer I would give, at least – is that instead of struggling to work for minimum-wage jobs, Hispanic immigrants and black Americans should join together with working-class whites (who need to overcome their own racism first) and build an economic alternative to capitalism that is able to provide for the needs of the many.  This alternative will eliminate the concepts of “bosses” and “employment” altogether, and create new productive forces geared to supplying communities with the resources they need, instead of capitalists with the wealth they want.

Progressives like Ana Kasparian will not save us.  They are so hopelessly inured on a system that keeps billions in poverty that they are unable to conceive of any alternative.  If you haven’t already, now is the time to abandon reformist progressivism and join the true Left in building an alternative to the reactionary bigotry of Ann Coulter and the impotent liberalism of Ana Kasparian.

It’s time to get radical. 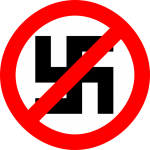 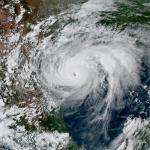 What if life wasn't just a...
slacktivist
Related posts from Radical Christian Millennial