Once again! Terrorism and Intolerance are not the ways of Islam

Once again! Terrorism and Intolerance are not the ways of Islam April 3, 2016 Muqtedar Khan

Please click on the screen to watch the entire Khutbah.

In this Friday Khutbah (Sermon) I lamented how in just the past thirty days Muslim terrorists killed hundreds of people in dozens of attacks in over ten countries. Ironically one of the websites tracking these attacks was called ‘the religion of peace’!
It was becoming increasingly difficult to defend the claim that Islam is a religion of peace when facts like this belie our assertions. After all actions speak louder than words and unfortunately terrorist acts speak the loudest.

I also explore the tragedy of Lahore where terrorists targetted women and children of the Christian community celebrated Easter in a public park.  It is was a bizarre spectacle to see how in one city, Lahore, a Muslim terrorist attacked and killed 72 innocent people and in another city, Islamabad, thousands of so called Muslims from a peaceful sect demanded that a murderer be declared a Saint. A sect, the Barelvis of Pakistan, known for their peaceful ways, was demanding that Mumtaz Qadri, a police man who murdered the former Governor of Punjab be declared a martyr by the state.

I use several critical traditions from Prophet Muhammad (pbuh) to argue against terrorism, intolerance and advocate a culture of tolerance and service.  I am not going to transcribe the Khutbah, please listen to it 🙂 and if you like it do share it with your friends and family. There are still people out there who claim that Muslims of good will are not challenging the hate in their communities.

March 22, 2016
TERROR IN BRUSSELS: A MUSLIM RESPONSE
Next Post 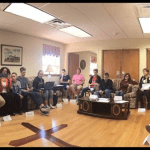