Today, the Delaware Council on Global and Muslim Affairs facilitated an extraordinary dialog between its Youth Forum and the youth group at St. Barnabas Episcopalian Church. The Church hosted the dialogue at its beautiful location in a very friendly environment. Exchanges like these, between young people of different faiths, are essentially to ensure that our children grow up with a deeper understanding of each other’s faiths and also with an appreciation of what is common and shared between their traditions.

Four young community ambassadors; Taaha Motorwala, a junior at Appoquinimink High School, Ruhi Khan, an eighth grader from Newark Charter school, Areeba Khan a junior from Ursuline Academy and Rumi Khan a junior also at Newark Charter school spoke about their understanding of the role of Islam in their lives as young American Muslims. They then answered very thoughtful questions raised by the youth of St. Barnabas Church and some of the adults who had joined the dialogue.

Taaha Motorwala spoke about the importance of volunteerism and charity in Islamic spirituality, the role it played in his own life and in his relations with his friends from other traditions.

Ruhi Khan shared her experiences as the daughter of an American Muslim intellectual. She talked about growing up in the lap of books, scholarship and conferences, here and abroad, and emphasized how this has taught her the value of intellectual freedom and respect for diversity of opinion.

Areeba Khan spoke very eloquently about her choice to wear the hijab. She explained how it constituted her identity as a young American Muslim woman and how it is a source of dignity and meaning in her life. She also shared how her predominantly Catholic schoolmates embraced her and her identity with love and openness.

Rumi Khan made an interesting claim about being a proud American Muslim who has inherited the dual legacies of America and Islam. He spoke about the intellectual and scientific contributions of the golden age of Islam and how they gelled well with the spirit of science, discovery, openness and tolerance of America.

The young Episcopalians asked very interesting questions. They had just finished reading I am Malala and were curious to know the views of the panelists about her and her struggle for Muslim women’s education. The candor and mutual respect with which the youth conducted this beautiful exchange of views is a promise that despite the recent intolerance in the political arena, the future of America is in safe, tolerant and caring hands. 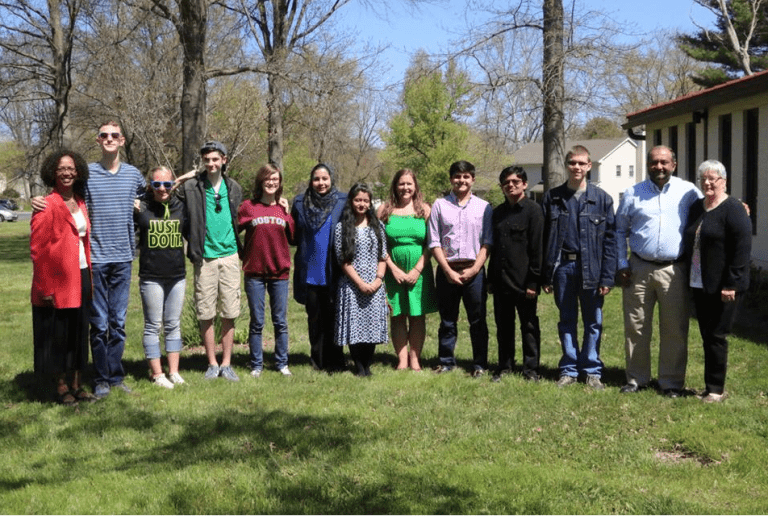 April 3, 2016
Once again! Terrorism and Intolerance are not the ways of Islam
Next Post 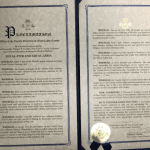 April 20, 2016 A Big Blow against Islamophobia: New Castle County Recognizes Islamic Holidays
Recent Comments
0 | Leave a Comment
"Interfaith is a load of rubbish. Jesus said he is the way the truth and ..."
Mr Kish Youth Interfaith Dialogue Fosters Better Understanding ..."
"Allah is God. Jesus Christ is God. Jesus Christ said he is the first and ..."
Mr Kish Who is Allah?
"I am reading the Koran at the moment and yest it is vile"
Mr Kish WHAT DONALD TRUMP CAN LEARN FROM ..."
"Prophet mohammad was a fraudster.He was a war lord. A sex addict. A rapist. A ..."
Mr Kish WHAT DONALD TRUMP CAN LEARN FROM ..."
Browse Our Archives
get the latest from
Muslim
Sign up for our newsletter
POPULAR AT PATHEOS Muslim
1