WHAT DONALD TRUMP CAN LEARN FROM PROPHET MUHAMMAD 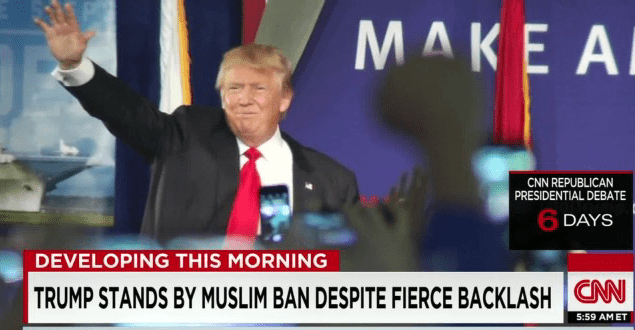 President-elect Donald Trump ran a campaign that can only be described as racist, xenophobic, sexist and Islamophobic.

Now that he has won elections, it appears that Donald Trump’s crusade against Muslims may become a reality. A day after the election his call for a ban on Muslims was removed from his website and many commentators understood that as a signal that he was not going to pursue that policy. Anti-Muslim rhetoric was just a dog whistle used to garner support from the darkest recesses of the American conscience.

But the appointment of Islamophobes like Stephen Bannon in critical positions in the coming administration says otherwise.

During his campaign, President-elect Trump repeatedly made comments about Muslims that demonized an entire faith and community and tried to score points with segments of America which are decidedly Islamophobic. The comments while expressing bigoted views had little policy substance in them. At one point he advocated a complete ban on Muslims coming to America, at other times he said those coming from areas infected by terrorism will be banned. After the elections his proposal to ban Muslims was removed from his website. And now we find his surrogates justifying a registry of Muslims based on the internment of Japanese-Americans during World War II and the now discredited and discontinued National Security Entry-Exit System (NSEER).

Regardless of what policy is implemented, I feel that Trump has launched a soft-crusade against Muslims in this country and they will be scapegoated for the many problems that will occur from failure of Trump’s grandiose designs to make America great.

It is tough to get to him. His mind is made up without facts and so it is near impossible to dissuade him with new facts that challenge his premises. So I thought that perhaps I might share some statement of Prophet Muhammad himself in the hope that Trump and his supporters get a second look at what Islam really teaches, not what Salafi-Jihadi Imams and terrorist organizations like ISIS claim.

Prophet Muhammad on Christians (taken from Muhammad’s covenant with Christians):

“This is a message from Muhammad ibn Abdullah, as a covenant to those who adopt Christianity, near and far, we are with them. Verily I, the servants, the helpers, and my followers defend them, because Christians are my citizens; and by Allah! I hold out against anything that displeases them. No compulsion is to be on them. Neither are their judges to be removed from their jobs nor their monks from their monasteries. No one is to destroy a house of their religion, to damage it, or to carry anything from it to the Muslims’ houses. Should anyone take any of these, he would spoil God’s covenant and disobey His Prophet.

No one is to force them to travel or to oblige them to fight. The Muslims are to fight for them. If a female Christian is married to a Muslim, it is not to take place without her approval. She is not to be prevented from visiting her church to pray. Their churches are to be respected. They are neither to be prevented from repairing them nor the sacredness of their covenants. No one of the nation (Muslims) is to disobey the covenant till the Last Day (end of the world).”

Prophet Muhammad on Jesus (Peace be upon both of them):

“The end of time will not be established until the son of Mary descends amongst you as a just ruler.”

“Both in this world and in the Hereafter, I am the nearest of all the people to Jesus, the son of Mary. The prophets are paternal brothers; their mothers are different, but their religion is one (Both quotes are taken from hadith traditions).”

Dr. Muqtedar Khan is a Professor at the University of Delaware and a Senior Fellow of the Center for Global Policy.

October 5, 2016
Pluralism and the Advocacy for One's own Tradition
Next Post 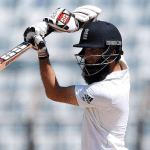 December 21, 2016 WHY ARE ENGLISH COMMENTATORS BIASED AGAINST MOEEN ALI?
Recent Comments
0 | Leave a Comment
Browse Our Archives
get the latest from
Muslim
Sign up for our newsletter
POPULAR AT PATHEOS Muslim
1

Is The Table Spread in the...
Ask A (Born Again) Muslim
Related posts from The Rational Sufi