A group of Academy Award winners and nominees headline the latest major motion pictures from Pure Flix, the No. 1 independent faith film studio.

Releasing to theaters on April 7th is the true-life drama, The Case for Christ, by former atheist turned NYT bestselling author and pastor, Lee Strobel.

It’s the early ’80s and Strobel (Mike Vogel) is an award-winning investigative reporter at the Chicago Tribune whose wife, Leslie, (Erika Christensen) has discovered the Christian faith. Their religious differences begin to take a toll on their marriage.

Utilizing his journalistic and legal training, Lee begins a quest to debunk the claims of Christianity. Ultimately, Lee comes face-to-face with unexpected results that could change everything he knows to be true. The film features Academy AwardÒ winner Faye Dunaway, and Academy Award nominee Robert Forster. Info available www.TheCaseforChristmovie.com

See Also: From Atheist to Evangelist: Lee Strobel and His Quest for Christ

“We’re thrilled to bring audiences quality and diversity in our upcoming projects,” notes Pure Flix CEO and co-founder Michael Scott. “The vision of Pure Flix is to influence the global culture for Christ through media– that’s what we are recognized for and what we will continue to pursue. 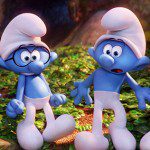 April 4, 2017
Interview: Kelly Asbury On Smurfs: The Lost Village, Unity, and Love of Animation
Next Post 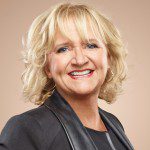 April 25, 2017 Interview: Chonda Pierce On New Doc, Inauguration, and Being ‘Enough’
Recent Comments
0 | Leave a Comment
"Then Came You, taking ashes on a trip. Isn't that the story of Martin Sheen's ..."
Nicole Harpe Kathie Lee Gifford, Craig Ferguson Star ..."
"Our 'favorite' family theater is one where you can eat dinner and watch a movie ..."
ILR Like Most Everything Right Now, the ..."
"Welp, I won't leave a spolier... but the final minute of last night's episode was ..."
𝓒𝓪𝓻𝓻𝓲𝓮✓ᵛᵉʳᶦᶠᶦᵉᵈ🇺🇸 𝐏𝐬𝐚𝐥𝐦 𝟏𝟎𝟗:𝟖​ Good Vs. “Evil” and the Unexplained ..."
"With fewer than 18% of American citizens of all ages going to church in any ..."
rationalobservations? Will Audiences Embrace Kanye West, the ..."
Browse Our Archives
get the latest from
Reel Faith
Sign up for our newsletter
POPULAR AT PATHEOS Entertainment
1