When approaching the Greatest Story Ever Told, how would someone balance the reverence of the sacred text and still offer something new enough to draw a new crowd? For Simon Moore and Carlos Kotkin, writers of the new Sony Animation/AFFIRM Films release The Star, arriving in theaters Friday, focusing on lovable, talking animals surrounding the holy family helps bring a new perspective on the journey to Bethlehem and the birth of Jesus Christ.

Bo (Steven Yeun), an ambitious young donkey that falls into the arms of Mary (Gina Rodriguez) and Joseph (Zachary Levi), struggles with his purpose, hoping for a grander future than hard labor or even family service. He and additional animal pals Dave the dove (Keegan-Michael Key) and Ruth the sheep (Aidy Bryant) help them steer clear of a soldier sent by Herod and his two bloodthirsty dogs, Thaddeus (Ving Rhames) and Rufus (Gabriel Iglesias).

A film populated with talking animals, it features plenty of comedic and light-hearted moments, such as Dave’s distracting dance moves and the engaging banter between the three camels. At the same time, with the birth of Christ drawing near and unfolding before the characters’ eyes, there are scenes that are extremely touching, especially when accompanied by songs from a soundtrack of classic and modern Christmas songs.

Kids are sure to love The Star, especially because of the diverse voice cast and lively, engaging and funny characters. Adults will cherish it for those reasons as well as its many teachable moments and inspiring faith elements. The Star will no doubt be embraced by the faithful, but its impressive animation and voice talent will help it reach far beyond churchgoing audiences. 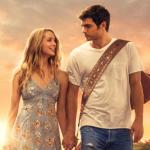 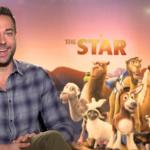 November 14, 2017 Zachary Levi on ‘Powerful Story of ‘Hope, Redemption’ in ‘The Star’
Recent Comments
0 | Leave a Comment
"Our 'favorite' family theater is one where you can eat dinner and watch a movie ..."
ILR Like Most Everything Right Now, the ..."
"Welp, I won't leave a spolier... but the final minute of last night's episode was ..."
𝓒𝓪𝓻𝓻𝓲𝓮✓ᵛᵉʳᶦᶠᶦᵉᵈ🇺🇸 𝐏𝐬𝐚𝐥𝐦 𝟏𝟎𝟗:𝟖​ Good Vs. “Evil” and the Unexplained ..."
"With fewer than 18% of American citizens of all ages going to church in any ..."
rationalobservations? Will Audiences Embrace Kanye West, the ..."
""There are things that you cannot prove but they exist."The good news is that G-d ..."
klatu Rob Schneider and Wife on the ..."
Browse Our Archives
get the latest from
Reel Faith
Sign up for our newsletter
POPULAR AT PATHEOS Entertainment
1