First Look: The Steven Spielberg Remake of ‘West Side Story’

During the 93rd annual Academy Awards on Sunday evening, the first trailer for the highly-anticipated remake of the classic musical “West Side Story,” directed by Steven Spielberg, was released. The film is scheduled to release December 10, 2021, through 20th Century Studios.

The trailer gave the first glimpse of the new film, shot in New York and starring Ansel Elgort as Tony and Rachel Zegler as Maria. Rita Moreno, who appeared in the 1961 film along with Natalie Wood, and Richard Beymer, is also seen as Valentina. Using the classic musical number “Somewhere,” the trailer evokes the magic of cinema and storytelling with high-definition color and choreography.

The official synopsis for Steven Spielberg’s “West Side Story” is:

WEST SIDE STORY is produced and directed by Steven Spielberg from a script by Academy Award®-nominated screenwriter and Pulitzer Prize-winning playwright Tony Kushner. The film has been adapted for the screen from the original 1957 Broadway musical, which was written by Arthur Laurents with music by Leonard Bernstein, lyrics by Stephen Sondheim and concept, direction and choreography by Jerome Robbins. Tony Award® winner Justin Peck will choreograph the musical numbers in the film. Also leading the production are Tony Award®-winning producer Kevin McCollum and Academy Award®-nominated producer Kristie Macosko Krieger.

The film’s music team includes renowned conductor Gustavo Dudamel, who will helm the recording of Bernstein’s iconic score; Academy Award®-nominated composer and conductor David Newman (Anastasia) who will be arranging the score for the new adaptation; Tony Award®-winning composer Jeanine Tesori (Broadway’s Fun Home and Thoroughly Modern Millie), who will be working with the cast on vocals; and Grammy®-nominated music supervisor Matt Sullivan (Beauty and the Beast, Chicago), who will serve as executive music producer for the film.

Here’s the first trailer for the new “West Side Story”:

May 14, 2021 Rose Reid On 'Fun, Joyous' New Romantic Comedy 'Finding You'
Recent Comments
0 | Leave a Comment
"You know in the old days, they use to accuse young girls who 'see things' ..."
Dimitri First Look: Mira Sorvino, Peter Coyote, ..."
"I guess no one has any responsibility to tell the truth about the case ....."
ilr1950 John Schneider on Anti-Abortion Drama ‘Roe ..."
""That’s really the message of this film: you’re made uniquely and wonderfully you, and that ..."
inshock1 CCM-Centric Soundtrack to New Teen Musical ..."
"Cynthia Erivo continues to impress beyond belief! She embraces each roll, especially the complexity of ..."
Leo's Friend Star of ‘Genius: Aretha’ on the ..."
Browse Our Archives
get the latest from
Reel Faith
Sign up for our newsletter
POPULAR AT PATHEOS Entertainment
1 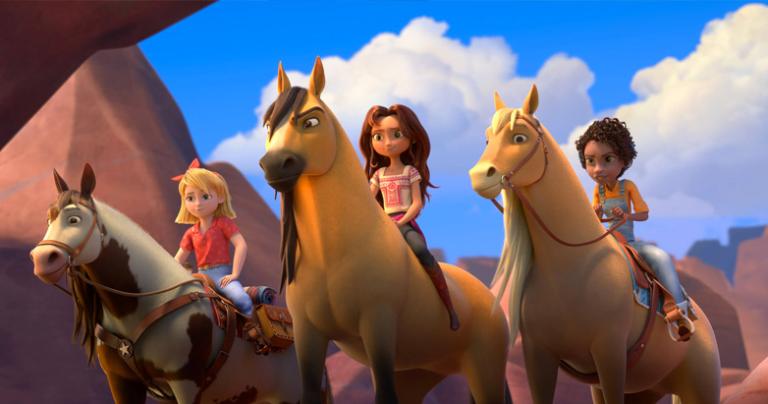