It must be first stated that CRT is not a fully unified school of thought. It started in the late 1970s as legal scholars like Derrick Bell, Kimberlé Crenshaw, and Richard Delgado were trying to understand how American law perpetuated and exasperated racialization in the United States. They argued that racism and white supremacy were foundational elements of the American legal system despite the language of the Constitution claiming “equal protection.” It wasn’t until the late 1980s that Kimberlé Crenshaw coined the term “Critical Race Theory.”

Since then, Critical Theory has been studied as it relates to other forms of discrimination (this is what “intersectionality” means, what are the reasons a female who is Black experiences discrimination? What is the intersection of these two factors?).

It has also been applied it to other disciplines other than law, and the further it moves away from its original academic discipline, the more people change it and the more it morphs into other things.

So, it’s difficult to say definitively what CRT is. Therefore, it is also difficult for some people to criticize it, because they inevitably see some aspects that they don’t like and simplify and truncate the theory to those things, which ends up making “straw man” arguments. Too many Christians rely on John MacArthur or some other white conservative men to explain CRT to them or to point them to someone else who is critical of it (especially if that someone is Black).

Many have turned to Voddie Baucham to critique CRT. In a recent interview with Faithwire, he said, “This (CRT) is a religious movement. It has all the trappings of a religion. It has its own cosmology, it has its own saints, it has its own liturgy, its own law.”

Certainly, CRT is a secular scholarly discipline, and along with other secular disciplines, a certain kind of evangelical Christian has been trained to be suspicious and resistant. We’ve seen this suspicion toward CRT especially with the Southern Baptists who been among the most vocal opponents (Baucham’s education, both his M.Div. and D.Min. degrees, are from Southern Baptist schools. In November, the Southern Baptist Convention’s six seminary presidents released a statement calling the theory “incompatible” with the SBC’s message, prompting at least four Black pastors to break with the denomination.).

But this isn’t the only academic discipline that isn’t rooted primarily in the Bible. We have all sorts of things to study in God’s creation, so we’ve created disciplines like Anthropology, Psychology, Sociology, Chemistry, Biology, Physics, Mathematics, Economics, Engineering, and Medicine. Conservative Christians are often suspicious of many of these secular disciplines: They opposed anthropology and psychology because they weren’t built on a foundation of a biblical worldview. They opposed the sciences because so much of it relies on evolutionary theories. They oppose certain economic theories because they deem them too liberal or socialist. They don’t drive across bridges or go to the doctor because… Well, they actually do drive across bridges and go to the doctor.

But because any of these can become an all-encompassing idolatrous ideology does not negate that they also can offer us insights to better understand the world around us.

Baucham’s new book on the subject, Fault Lines, is subtitled, “The Social Justice Movement and Evangelicalism’s Looming Catastrophe.” Catastrophe? Really? This inflammatory rhetoric is a tactic to make Christians fearful in order to sell books. Are we really to believe that if we allow for the gospel to include social justice it will cause devastation to the faith? Remember that “God gave us a spirit not of fear but of power and love and self-control” (2 Tim 1:7).

Another highly-read article on CRT appeared on The Gospel Coalition website in 2019. In an article titled, “The Incompatibility of Critical Theory and Christianity,” Neil Shenvi and Pat Sawyer offer several points, which I bullet point here. I’m often struck by how few people have skipped over their first two points because they don’t fit the narratives they want to believe.

This, as far as I’ve seen, is the best and most fair Christian summary of CRT. But we would all do better to let those who work in CRT tell us themselves what they are attempting to do. For a detailed history and the “Key Writings That Formed the Movement,” see this reader from Kimberlé Crenshaw, et. al., and another key primary text on CRT is Critical Race Theory: An Introduction by Richard Delgado and Jean Stefancic.

Now that we’ve read the actual words of CRT’s main founders, we can debate the merits of each of these, agreeing or disagreeing with any one, or parts of, any one of them. As I read that list, there are some things I feel are worthy of critique or of fleshing out so that I can understand what they’re saying better (it’s not very wise to jump to conclusions when interacting with new ideas). But I also must say, most of what I see is not blatantly anti-biblical. Some? Yes. But all? No.

It should also be noted that, just as there are Christians who are anthropologists, economists, psychologists, sociologists, or mathematicians, there are also Christians in the discipline of CRT.

One is Dr. Nathan Cartagena, Assistant Professor of Philosophy at Wheaton College (IL), where he teaches courses on race, justice, and political philosophy. I first heard him on the Gravity Leader’s Podcast, where he was extremely helpful in explaining CRT’s history and tenets.

On his blog, he offers this definition of CRT:

“Critical Race Theory is a legal movement aimed at understanding, resisting, and remediating how US law and legal institutions such as law schools have fostered and perpetuated racism and white supremacy.”

If that is what CRT is, then I believe that it is a legitimate field of study for a Christian, even if words like “perpetuated racism” and “white supremacy” may make some of us White Christians squirm in discomfort.

While there are those who advocate CRT who do not embrace the gospel and do not share a Christian worldview, that does not mean that the theory itself does not offer language and categories to understand systemic racial injustice.

I work with college students every day in my work as a college campus minister. Our students are learning from many different disciplines that are studied and taught by people who do not embrace the gospel and do not share a Christian worldview.

But that does not mean we dismiss these things as unworthy of study. Through these various disciplines, God’s “common grace” has provided avenues into knowing the way his creation functions.

It takes a lot of work to help young Christian men and women discern how to integrate their faith into their studies, but it is worth it. It is a never-ending endeavor to separate the wheat from the chaff, so to speak. While we are to be wise to know when things being taught to us are contrary to Scripture, much of what we learn can be used to further the Kingdom of God.

The same goes with CRT. There is chaff there. But that is not all that is there.

Read
CRT Part 1: Is it Just Another Chapter in the Battle for a More Holistic Gospel

Feature image by Eye for Ebony on Unsplash

June 5, 2021
CRT Part 1: Is it Just Another Chapter in the Battle for a More Holistic Gospel?
Next Post

June 14, 2021 How to Focus on the God who is Working at our Workplace - with Denise Daniels
Recent Comments
0 | Leave a Comment
Browse Our Archives
get the latest from
(re)integrate
Sign up for our newsletter
POPULAR AT PATHEOS Faith and Work
1

Our model for leadership is a...
Charting Church Leadership
Related posts from (re)integrate

Faith and Work
CRT Part 1: Is it Just Another Chapter...
(re)integrate 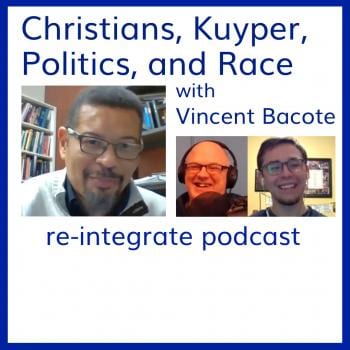 Faith and Work
Are You Prepared for the Accelerated Change of...
(re)integrate 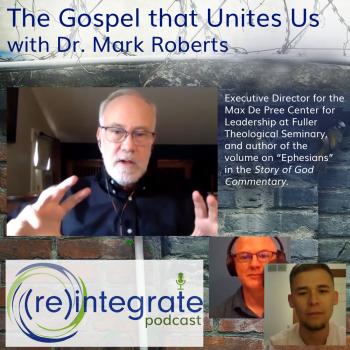