Faking It Through Life

Have you ever thought about how common it is for people to fake it through life? That is, to show yourself to be something you’re not? It involves hiding flaws and weaknesses and seeking to appear in the eyes of others as if you really have your life together.

I remember when a man I had known for many years was going through a difficult time. I happened to run into him and asked what most of us would ask; “So how are things going?” His response surprised me, “Well, I am living the dream.” As we parted I was saddened because I knew it wasn’t true. I knew he was hurting.

I have been working with men for many years now and we unfortunately believe that we should never display any type of weakness. We should never fail. We should never be subject to emotional and psychological pain. And of course, no real man should ever get depressed. And so we hide ourselves from others. We feel compelled to fake it through life.

What we fail to realize is the power of being transparent and vulnerable with others. I remember someone said that when you are willing to share your struggles it is like shining a light on the problem. When you shine a light on it you will find it loses its power over you.

I thought about writing this blog after reading a somewhat humorous but insightful story by Dennis Prager. He believes the negative effects of faking it can be illustrated by a situation he often imagines.

Consider two couples who meet for dinner at a restaurant. Couple A have a big fight on the way to dinner, as do couple B. But when the two couples finally arrive at the restaurant, they all act as if everything is fine.

“Hi, how are you two doing?” they both ask one another.

“Fine, great. And how are you two?” they both reply.

What these couples don’t realize is that their original unhappiness over their fighting could have been reduced. How?

Had the two couples not faked it and opened up to each other, each couple would have left the restaurant happier than when they entered it. All one couple had to do was respond to “How are you guys doing?” with something like, “We’re all right, but boy did we have fight right before coming over here tonight.” The odds are overwhelming that if these couples were at all close, the other couple would have responded, “You did? We did too!”

Then, instead of acting as if nothing had happened and everything was wonderful, the couples would be free, thanks to one couple telling the truth, to talk about their respective fights. And if the fights were in the normal range of marital arguments, opening up and finding out that virtually every couple has fights, often about the same things, would have brought everyone closer together. In fact, much marital grief would be avoided if married people talked about their marriages to other married people. In most cases, learning that virtually every marriage has its share of problems, many of which are universal, and then talking—even joking—about them lead to a genuine reduction in marital stress.

I realize there are times you have to use discretion on certain issues and maybe keep them confidential. In these instances a professional counselor may be appropriate. However, in most cases, too many hide behind masks that we shouldn’t.

Bill Thrall, in his book TrueFaced states that eventually all our masks will crack and inevitably our true selves will be exposed.

Thrall, however, offers us an interesting, deeper view of life’s difficulties. He suggests that the struggles we face could be the best things that ever happen to us because if our masks succeed and help us to remain hidden and protected, who would ever really know us? We would be totally inauthentic, living only to perform for and impress others. Most significantly, we might go through all our days missing out on the life God intended for us. 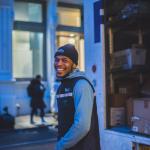 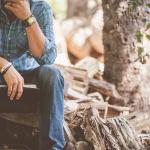 Evangelical
What Are You Hungry For?
Reliable Truth 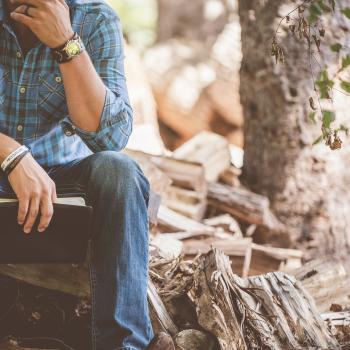 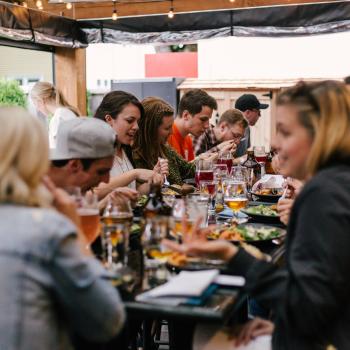 Should We Say, “This World Is Not Our...
We’ve probably all heard it said, “This world is not our home.”...
view all Evangelical blogs
Copyright 2008-2021, Patheos. All rights reserved.
Close Ad