The Mind and the Heart – Part 4

In the last few blogs I have reflected back on my own spiritual journey and how the mind and the heart each play a role.

I also, as a young man, understood clearly the gospel. I understood that I was sinful and because of that I was separated from God. It kept me out of a relationship with him. Jesus came into the world to die on a cross to bear my sins, so I would not have to.

The problem was, how was I to receive God’s forgiveness and have eternal life? This was where my heart was resistive. There is a verse in Romans 2:5, where Paul clearly articulated my problem:

“But because of your stubbornness and unrepentant heart you are storing up wrath for yourself in the day of wrath.”

Paul’s words nailed me. I had a stubborn, unrepentant heart. I will unpack that after I share this story.

One of the great philosophical thinkers of the 20th century was Mortimer Adler. He taught philosophy at the University of Chicago. He also helped found the Aspen Institute. Adler was co-editor of the 55-volume series entitled The Great Books of the Western World and was the sole author of 52 additional books.

For most of his life, he was a self-described pagan. Then, to the shock of his colleagues, he became a Christian at the age of 82. Adler lived to be 98 years old, and as he reflected back on his life, he acknowledged that at times he had been intrigued by the Christian faith. Even so, he never took the leap. As he ex­amined his heart, Adler realized that he ultimately did not want to change his lifestyle. He did not want to live the Christian life; instead, he wanted to be free to live the way that he wanted. He said, “The decision to become a Christian lies in the state of one’s heart (will), not in the state of one’s mind.” It dawned on Adler late in life that his atheism was not intellectually driven; it came down to how he wanted to live his life.

That was also my problem. It is the picture of an unrepentant heart. I refused to surrender my heart to Christ.

What is repentance? It comes from the Greek word “metanoia” which literally means to changes one’s mind. However it also means to turn and change direction. It means turning our hearts away from self to God.

We are by nature sinful human beings, wanting to live for self and be ruled by self. This is why we are called to repent and surrender.

We do not hear many people talk about or teach on repentance today. However, you would be stunned at the number of times it is mentioned in the Bible. Over the years, I have met with many men who are searching spiritually. At a certain point I have them read eight or nine verses that speak of repentance and I ask them in advance, before reading, “How important is repentance in becoming a Christian?” Most of them do not consider it to be important. We then read these verses:

The Lord is not slow about His promise, as some count slowness, but is patient toward you, not wishing for any to perish but for all to come to repentance.

(Jesus was returning from 40 days in the wilderness and was beginning His ministry.) From that time Je­sus began to preach and say, “Repent, for the king­dom of heaven is at hand.”

And he came into all the district around the Jordan, preaching a baptism of repentance for the forgive­ness of sins;

“I tell you, no, but unless you repent, you will all likewise perish.”

“Thus it is written, that the Christ would suffer and rise again, from the dead the third day, and that repentance for forgiveness of sins would be proclaimed in His name to all the nations, beginning from Jerusalem.”

Repent therefore and return, that your sins may be wiped away, in order that times of refreshing may come from the presence of the Lord.

Therefore having overlooked the times of ignorance, God is now declaring to men that all people every­where should repent, because He has fixed a day in which He will judge the world in righteousness through a Man whom He has appointed, having fur­nished proof to all men by raising Him from the dead.

After reading these verses, I again ask the question, “How important is repentance in becoming a Christian?” The re­sponse I always get at this point is: “It seems to be essen­tial.” The dilemma comes when people realize that they believe in God and Jesus and want their sins forgiven, but they often are not willing to repent and surrender.

Repentance is an issue of the heart. It becomes a battle over who is going to rule over our heart.

C.S. Lewis says that what made atheism so attractive to him was that he could gratify his wishes and live however he pleased.

However, when Lewis came to believe in God and rec­ognized that Jesus was the Son of God who had died for his sins on the cross, it was only logical for him to surren­der. It is like choosing to serve in the army of a powerful king. You do not negotiate with the king and tell him what you are willing to do. You bend your knee to him and serve him with your life.

“Fallen man is not simply an imperfect creature who needs improvement: he is a rebel who must lay down his arms. Laying down your arms, surrendering, saying you are sorry, realiz­ing that you have been on the wrong track and getting ready to start life over again, from the ground floor— that is the only way out of our “hole.” This process of surrender—this movement full speed astern—is what Christians call repentance.”

Lewis is saying that the arrogance of man insists, “I belong to myself and I will run the show.” The Christian humbles himself and declares, “I surrender and follow You.”

In the spring of 1974, I finally waved the white flag and surrendered. My life from that moment on has never been the same. 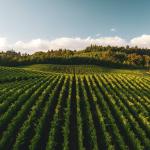 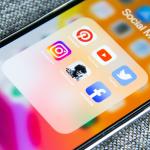 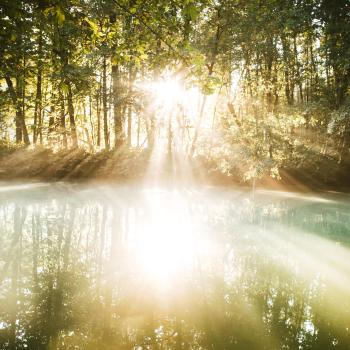 Evangelical
What Is Right In Your Own Eyes
Reliable Truth 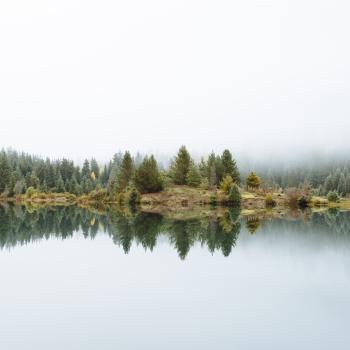