I didn’t get around to posting on the first episode of the new season of Fringe, but there is a real sense in which the second episode, “One Night in October,” picks up some of the interesting elements of the first and carries them further in an emotionally powerful manner that some of us will inevitably compare to and associate with another famous show created by J. J. Abrams.

This plot device provides an opportunity to explore what made the difference. In both universes, McClellan felt a darkness inside him and began killing things even as a child. In both universes, his father tried to beat such tendencies out of him with a heavy hand. But after discovering some dead animals John had killed, in one universe his father beat him for three days straight, while in the other, John ran away – and was taken in by a woman named Marjorie, who showed him unconditional love, even when she herself discovered John’s killing of animals. Her love and here teaching made the difference, mainly by bestowing on him empathy for others. And so in one universe John becomes a serial killer seeking to steal the happiness from his victims’ brains, while in the other, he becomes a professor seeking to help prevent others with the same tendencies as himself from destroying lives. When the version of McClellan from our universe realizes something strange is going on and learns where he is, and who the serial killer is that he is trying to help track down and understand, he tries to stop his parallel self and share with him the gift Marjorie had bestowed on him. 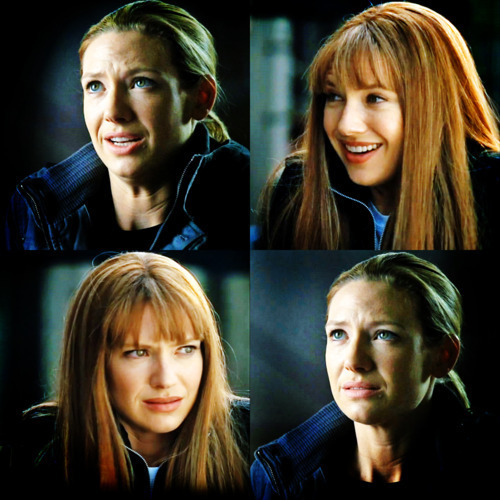 As the episode unfolds, we also begin to learn what separates our Olivia from her much more cheerful parallel self. Our Olivia had an abusive stepfather. Fauxlivia did not.

The show explores how a relatively small difference can make a big difference: a simple choice to run away or stay. It also shows how small differences add up to big divergences in a person’s character, and how individuals then make an impact on those around them.

Of course, it also has a message for those of us who judge and look down upon those who seem less successful, more introverted, or simply meaner than ourselves, and never think about the little or enormous differences that may have existed between our lives and theirs, the hurdles, abuse, and who knows what else they may have had to face.

The pinnacle of this exploration of those who influence us comes when Agent Broyles says he believes that there are people who make such an indelible impression on one’s soul that nothing can erase it.

That is, of course, followed by Peter trying to be heard by Walter, who thinks he is losing his mind. The Observers are trying to get history to play out as it would have had one of them not caused things to unfold in such a way that led to Peter’s abduction and eventually the conflict between the two universes. This season we have already seen some of the differences that result from Peter never having existed.

Fringe isn’t the only show, of course, to have explored or currently exploring the notion of timelines and their fixity or otherwise. J. J. Abrams explored the theme previously on LOST, with the whole debate about whether time could be rewritten or “whatever happened, happened.” And yesterday’s episode of Doctor Who was one of many episodes from that show which explored and played with that question.

I found this episode, “One Night in October,” to be emotionally powerful and profoundly challenging, as it suggests that our tiny decisions accumulate into significantly different outcomes. The idea that empathy is what separates the moral from the psychopath has been suggested before. The question of how much may be genetic or biological, and how much can be overcome through unconditional love and compassion, is harder to answer, but most of us believe that love and kindness really do make a difference – that some people do indeed leave an indelible mark on our souls.

October 1, 2011
Doctor Who: The Wedding of River Song
Next Post

October 2, 2011 September 2011 Biblical Studies Carnival ("The Greater")
Recent Comments
8 Comments | Leave a Comment
"No. I think most Classicists accept that basic biographical information about Socrates can be affirmed ..."
VinnyJH Was Paul Uninterested in the Historical ..."
"Are you saying you think that no Classicists conclude that specific ideas or events can ..."
James F. McGrath Was Paul Uninterested in the Historical ..."
"If anyone is interested, I've been blogging my way through the anthology "The Myth of ..."
John MacDonald Attractive Afterlife?
"But why the difference? Why do historical Jesus scholars believe that they can identify things ..."
VinnyJH Was Paul Uninterested in the Historical ..."
Browse Our Archives
get the latest from
Religion Prof: The Blog of James F. McGrath
Sign up for our newsletter
POPULAR AT PATHEOS Progressive Christian
1 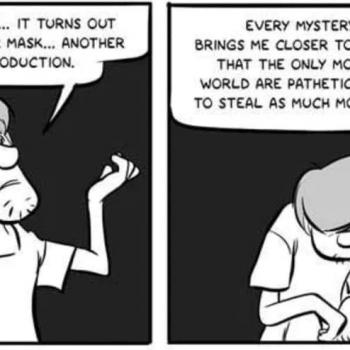 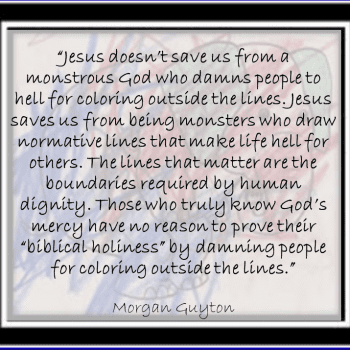 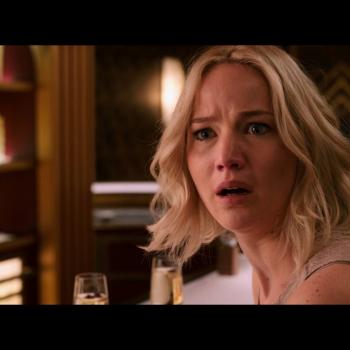