More Evidence that Creationists are Charlatans

Cdbren has been a persistent commenter on some threads about creationism here, insisting that creationists are not liars and denying his ignorance about science even when it has been blatant.

While the ability to edit comments after the fact is useful both for correcting inadvertent mistakes and for covering up evidence of one’s major blunders, one should not be misled to think that evidence will not persist of one’s having edited a post or comment after the fact.

A case in point: Cdbren at one point posted the following comment: 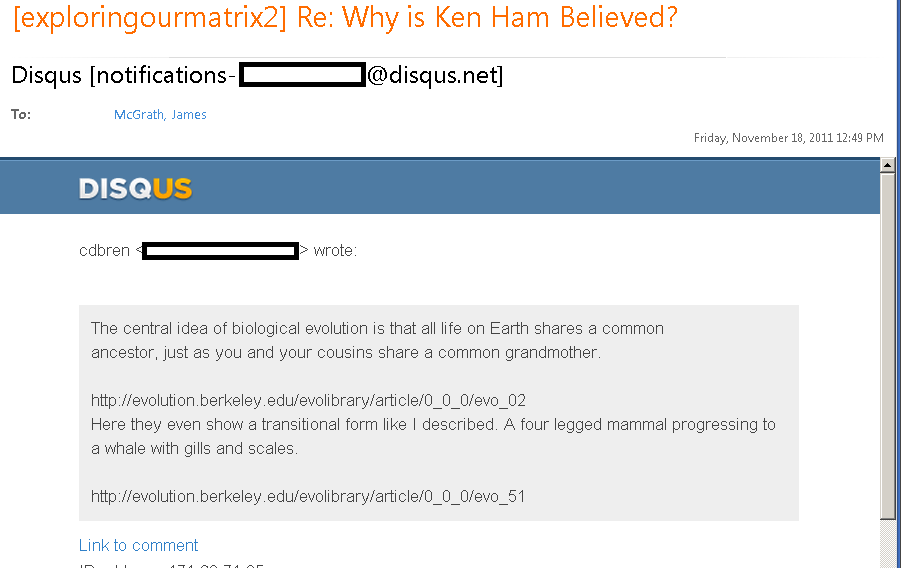 Since this illustrated ignorance of basic biology of a sort that demonstrates that Cdbren lacks any adequate basis for evaluating evolutionary biology’s claims and evidence, I have unsurprisingly pointed to this on occasion.

Today, Cdbren responded to my mentioning this point again with the following comment:

I went to look for the comment to link to it, and sure enough, it had been edited to now read as follows:

Young-earth creationists and cdesign proponentsists do this sort of thing all the time. They try to spin the results of scientific investigation to create unjustified denial, in the process they show their ignorance of even the basics of the scientific field they are discussing, undermining their credibility. And rather than admit that they should be learning about science rather than pontificating arrogantly about it, they try to hide the evidence of their gaffes.