Jerusalem in the Mandaean Book of John and the Origins of Gnosticism November 27, 2012 James F. McGrath

Mandaean texts like the Book of John make reference to Jerusalem quite often – more often than one would expect if this religion had its origins in Mesopotamia, and so the very attention given to Jerusalem provides important hints about the history and geographical movements of the Mandaeans.

Here are links to the passages which make reference to Jerusalem in the Mandaean Book of John:

Chapter 20: obscure references in passing to John and the sun having “halos” or “wreaths” there.

Chapter 21: the setting of John’s conversation, where others say there is none like John, and where John says that no one there managed to kill him, and where John’s teaching is said to have rendered the Torah void.

Chapter 22: the setting of John’s teaching and conversation.

Chapter 27: the priests beg John to leave Jerusalem because of his teaching. 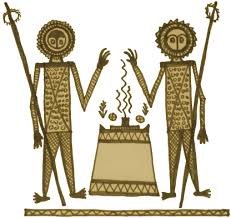 Chapter 30: While the baptism of Jesus by John is set on the bank of the Jordan, the controversy between John and Jesus is set in Jerusalem.

Chapter 31: John and Anhar live in Jerusalem, talk there, and have children there.

Chapter 34: Miriai is said to be a daughter of kings of Babylon as well as rulers of Jerusalem (perhaps in synonymous parallelism). Her story is set there, in the ruin of Jerusalem, although with a functioning temple.

Chapter 35: Jerusalem is again where Miriai is from, and the city from which people come to attempt to bring Miriai back from her new location near the Euphrates. At the end of the chapter an eagle destroys Jerusalem and the temple, and also kills disciples (or Mandaean priests).

Chapter 54: Radiant Abel goes to Jerusalem rather unwillingly, describing it as a city which Adunai built, full of evil, and in which disciples/Mandaean priests are persecuted.

Some texts refer to Jerusalem as a “ruin.” Jerusalem fit this description literally for intervals of time after its destruction by the Babylonians and its destruction by the Romans. Jerusalem did not remain in that state indefinitely after these occurrences, and so the reference, if literal, refers to fairly specific periods of time – although it may be that the Mandaean author is intentionally insulting the city, referring to it as “ruined” even when it no longer was, perhaps emphasizing the inability of the Jewish God to protect the city. 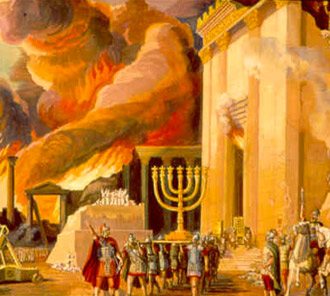 In other texts, and arguably even in those that refer to Jerusalem as a “ruin,” not only is the temple standing and active, but there are references to the city of Jerusalem as a Jewish city, under Adunai’s control, with gates and other features that indicate that it is not a ruin.

The references in some passages to the “dome” of the priests is also relevant. This clearly denotes the temple, but that did not have a dome-like shape or appearance. Most understand this to be a reference to the Dome of the Rock, and some have taken this to mean that the Mandaeans were profoundly confused about matters related to Jerusalem. But given their love of word play and satire in their polemic, it is just as possible that the intention is to offer a painful reminder that the Jewish temple has been replaced with an Islamic structure. It could also be that there is an allusion to the cosmological parallel the temple was supposed to have with the dome of the firmament/heavens.

So what are we to make of all this? The author presumably knows of the destruction of Jerusalem at some point in its history, which doesn’t allow us to narrow things down much. And the final form of some of the traditions reflects an Islamic-era context in which the Dome of the Rock has been built in Jerusalem. But most of the stories reflect an era in which Jerusalem is a Jewish city with priests as religious leaders.

These stories therefore seem to be set (as those that mention John the Baptist and Jesus require) during the era of the second temple. The stories have changed in subsequent retelling, but the underlying assumptions about Jerusalem persist. And it is hard to imagine why the Mandaeans would compose stories with this focus from scratch in much later times when the state of affairs reflected in the stories was no longer current. Is it not more likely that the stories reflect traditions which ultimately stem from the period in which the realities about Jerusalem that are the bedrock of the stories actually existed?

One part of the title of this post remains unaddressed: how if at all does this material  relate to the broader questions of the origins of Gnosticism? As I suggested in my recent conference paper (in a section which I omitted for the sake of time when I read it at the conference), chapter 54 contains a version of a frequent type of story in which a lightworld figure visits Jerusalem. In this instance, the city is one that has gates (i.e. is still standing) and is under the control of Adunai the Jewish God (and is thus a Jewish city). In an attempt to keep control of the populace and prevent more people becoming Mandaeans, Adunai and Ruha communicate with Moses and give him the Torah. This story meshes strikingly well with the scenario for Gnostic origins that Margaret Barker has outlined, positing that it may have its roots among those who resisted the promulgation of Torah and its vision of Judaism in the post-exilic period. Such groups would have been more likely to maintain their identity vis-a-vis the new “orthodoxy” particular at the geographic edges of Judaism – i.e. precisely in places like Mesopotamia and Egypt, where we find Gnosticism to have particularly flourished. If Gnosticism has its roots among such Israelite individuals and groups, this would explain their strong interest in the Jewish Scriptures combined with a mockery of the claim by the Jewish God to be the only God.

Presumably an exploration of the place of Jerusalem in Mandaean literature, and what it tells us about the history of the Mandaeans and perhaps of Gnosticism more broadly, will be the focus of a conference paper or article I will write sometime in the not-to-distant future. Until then, I invite feedback and discussion on this very preliminary presentation of some ideas related to the topic.

November 27, 2012 Reading Philo in Greek
Recent Comments
1 Comment | Leave a Comment
Browse Our Archives
get the latest from
Religion Prof: The Blog of James F. McGrath
Sign up for our newsletter
POPULAR AT PATHEOS Progressive Christian
1