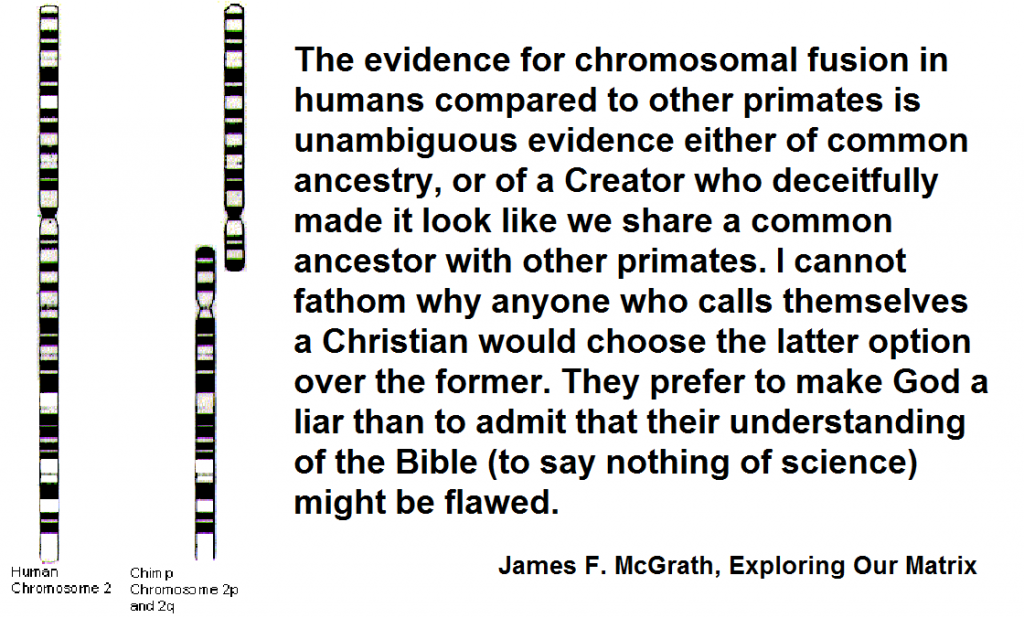 The evidence for chromosomal fusion in humans compared to other primates is unambiguous evidence either of common ancestry, or of a Creator who deceitfully made it look like we share a common ancestor with other primates. I cannot fathom why anyone who calls themselves a Christian would choose the latter option over the former. They prefer to make God a liar than to admit that their understanding of the Bible (to say nothing of science) might be flawed.