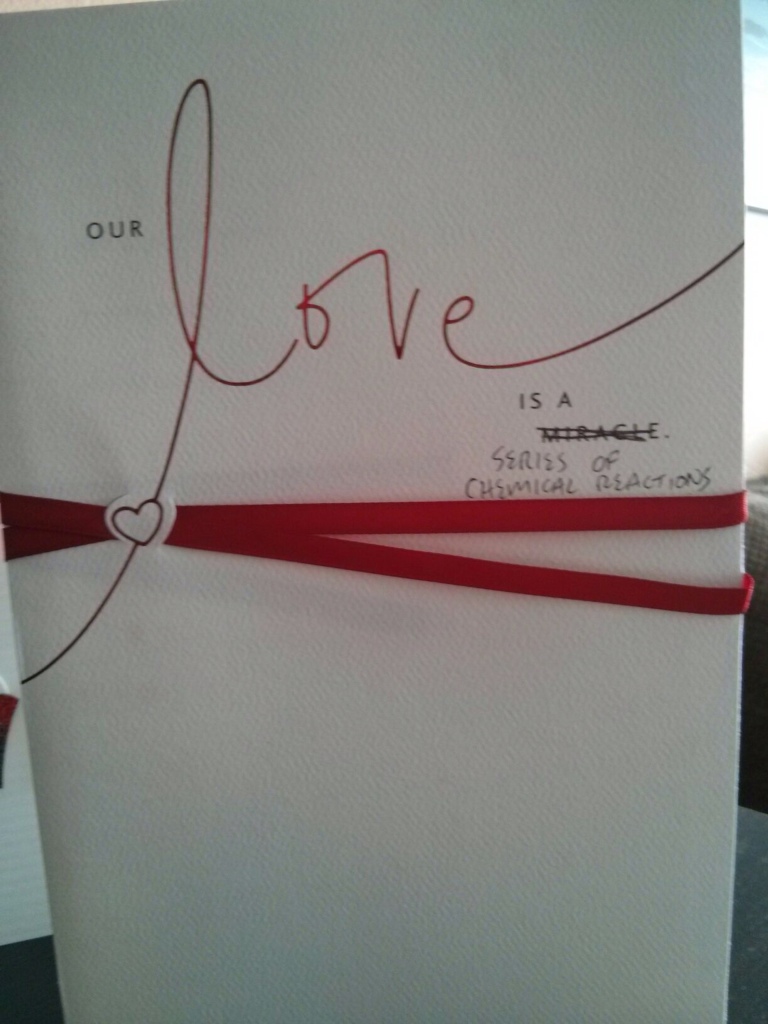 Someone in the atheist subreddit shared the above image, which they proudly proclaimed that they had fixed to reflect their lack of religious sentiment. A number of commenters there expressed the view that the recipient of the card, even if an atheist, would likely not be impressed with the change.

Thankfully there are options in between those two extremes. One can accept the scientific account as perfectly appropriate and accurate on one level, and accept poetry and metaphor on another.

UPDATE: I wrote this post yesterday, and this morning Fred Clark shared this Zen Pencils cartoon focusing on the same point, albeit aporoaching from the other end of the spectrum, drawing on words of Richard Feynman. 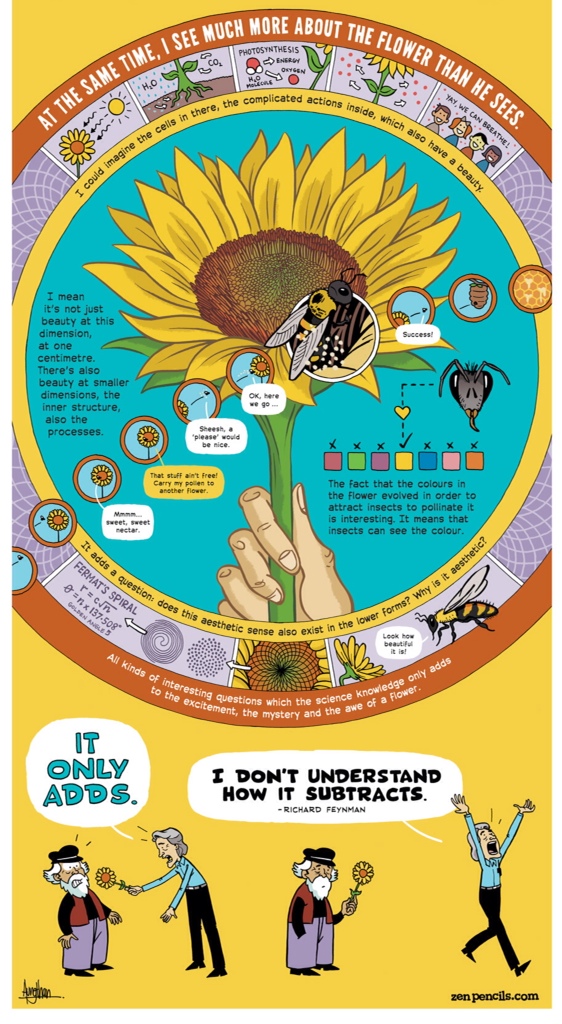 I reject the voices on both sides which say that adding another perspective on the same reality automatically detracts rather than having the potential to co-exist and enhance our appreciation.

February 19, 2014 Once Upon a Time
Recent Comments
65 Comments | Leave a Comment
"This is genuinely fascinating, but as an inveterate nerd, I must ask -- where's the ..."
Spirit Plumber Guest Lecture and Academic Minute on ..."
"Yes, I agree. Technical arguments which supposedly prove (or disprove) the Resurrection are a waste ..."
David M Copycat Anti-Religion
"I think healthy skepticism is warranted in the case of Calvin and Colombetti's argument. We ..."
John MacDonald Copycat Anti-Religion
"And happy April Fools! I hope you're getting your prank on! https://www.youtube.com/wat..."
John MacDonald Barton Breen Quote About Inerrancy
Browse Our Archives
Follow Us!