Heaven is for Young Sociopaths

Libby Anne recently noted one of the problems with concepts of heaven and hell. How can the eternal torment of others not impact the bliss of those in heaven? Apparently the answer some readily offer to this conundrum is that those in heaven will be so transformed that they will be unconcerned about the torment of those in hell.

This may be an issue specifically for fundamentalist versions of religion – but there are other similar ones for other ideas of an afterlife. The question of how there can be an eternal paradise with beings like us in it is a conundrum for most visions of heaven. If human beings will be transformed so as to be incapable of doing wrong, then what was the point of making us otherwise initially? And if not, then aren’t ongoing cycles of fall and redemption likely?

Jerry Coyne recently blogged about the movie Heaven is for Real, which apparently envisages everyone being young in heaven. Combine that with Libby Anne’s post, and you get the title for this one. 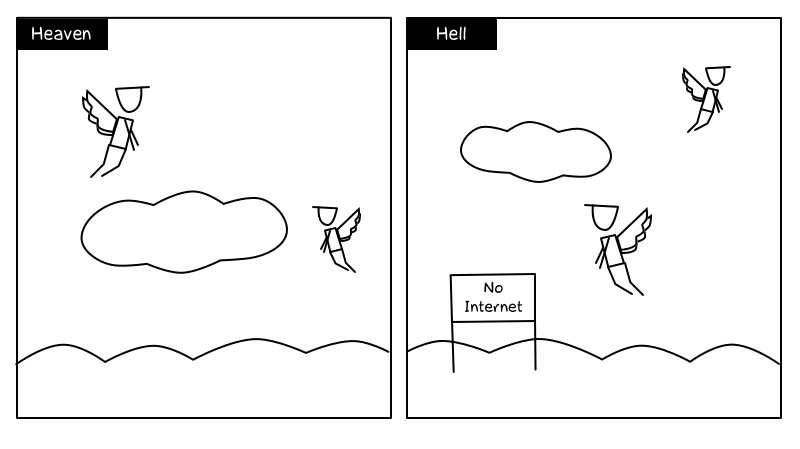 March 28, 2014 Is This Blog Church?
Recent Comments
11 Comments | Leave a Comment
"Under the old covenant (ten commandments), people were (and still are) racists and sexists. For ..."
Herrnhut Was Jesus a Racist?
"Reconciliation is a two-way street, restoring a broken relationship between two people. God does indeed ..."
Iain Lovejoy Forgive Us Our Debts, Not Repay ..."
"Excellent. God is not, and does not want to be, an accountant; keeping a ledger ..."
Harvey James Johnson Forgive Us Our Debts, Not Repay ..."
"Don't confuse forgiveness with reconciliation. Jesus tells us to forgive people who sin against us, ..."
Derek Thompson Forgive Us Our Debts, Not Repay ..."
Browse Our Archives
get the latest updates from
Religion Prof: The Blog of James F. McGrath
and the Patheos
Progressive Christian
Channel
POPULAR AT PATHEOS Progressive Christian
1