The episode begins with Jin’s eye. We see him in his native context, as well as trying to cover up Sun when she wears a bikini on the beach. In flashbacks, we see part of a story we had seen before, but from Jin’s perspective. When he said that he does whatever Sun’s father tells him to, as we saw before, we learn that in fact he beat up a man who otherwise would have been killed by the assassin with him. And we see him cry after Sun leaves the bathroom. 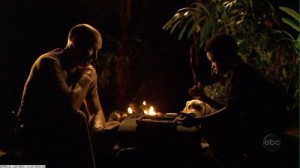 We also see the progress on Michael’s raft, and then someone sets fire to it. When Jin is accused, Sun lets her secret out that she speaks English in order to help him. John Locke blames the other people on the island.

John Locke tells Shannon, “Everyone gets a new life on thus island, Shannon. Maybe it’s time you start yours.” This is set side by side with Sawyer talking about how, whereas people on the island were once doctors and lawyers, now it is “Lord of the Files” time. Sun talks with Jin about starting over, going back to the beginning.

And at the end, we learn that Jin has secrets, too. He goes to see his father, having lied and told Sun’s family that his father is dead, He was ashamed of him. His father advises him to stay in America when he makes a forthcoming trip, and save his marriage, when he says he wants to start over. But on the island in the present, when Sun talks of starting over, he says “It’s too late.”

The relationship between Sayid and Shannon moves to a new level, with Shannon kissing Sayid and telling him, “Everyone gets a new life in this island. I’d like to start now.”

John Locke and Walt play backgammon, and Walt asks John about his dad. John, in turn, asks Walt why he burned the raft. Walt says he doesn’t want to move any more, having been moving places his whole life. He says he likes it there, and John says he likes it there too. Of course, in a later season we see John doing the equivalent of burning a raft – blowing up a submarine – in a manner that echoes this earlier course of events (although I had forgotten when I first watched the show).

Jin starts helping with the work on a new raft, saying the English word “boat.” And Sun goes back to the beach and takes off the wrap and wears her bikini.

And the music suddenly stops, as Hurley’s walkman runs out of battery.

The symbolism of even minor details, and the way the characters’ varied stories coalesce around a common theme, are all poignant parts of the episode. Jin is the character that we were least likely to like up until this point, seeing the way he treats Sun and knowing that he was somehow involved in violence. But as with all the flashback stories, this one too gives us a deeper appreciation for the person. We see that he is not an inherently violent man, nor one who simply does what he is told, but one who resorts to violence as a way of saving the life of his victim, who would otherwise have been assassinated.

His attempts to control Sun are, even if misguided and inappropriate, an attempt to control and protect in a situation in which he feels completely isolated, being unable to speak with almost anyone else and not knowing what is going on. But those acts, as the title of the episode suggests, lose something in the translation. Many actions do. And LOST is a great series for precisely the way that it takes all the characters who were on the flight, and then the Others, and then the Man in Black, and explores their stories, so that we see them as something other than caricatures of good guys or bad guys. LOST’s overall story makes much of the symbolism of two sides, light and dark, playing a game against one another. But (rather like Star Wars) it complicated and problematizes and facile view of one side or the other as purely good and the other as purely evil. 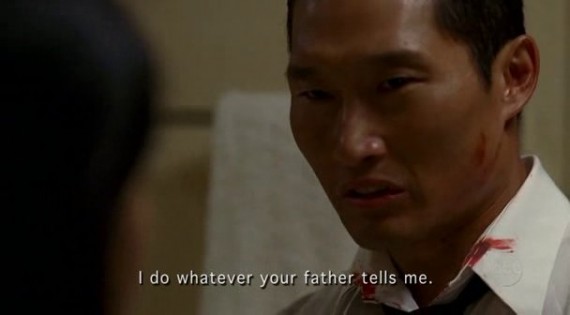 October 29, 2014 Star Wars Yin Yang
Recent Comments
0 | Leave a Comment
"Thank you so much for the encouragement!"
James F. McGrath Evangelicals and the Big Lie
"I think I can speak for all of us that we really appreciate all the ..."
John MacDonald Evangelicals and the Big Lie
"Thanks. I can't wait to share the full cover. Soon..."
James F. McGrath What Jesus Learned from Women Cover ..."
"Looks really good!"
Phil Ledgerwood What Jesus Learned from Women Cover ..."
Browse Our Archives
get the latest from
Religion Prof: The Blog of James F. McGrath
Sign up for our newsletter
POPULAR AT PATHEOS Progressive Christian
1 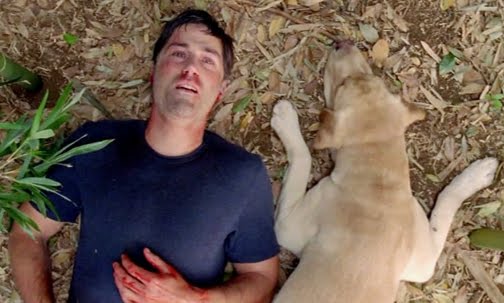 Progressive Christian
LOST Rewatch: What They Died For
Religion Prof: The Blog of James F. McGrath 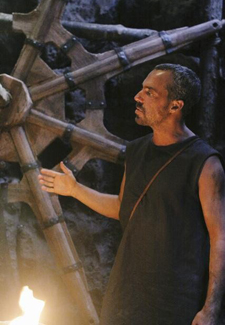