It is like a one-two knockout punch. On the one hand, the fact that Answers in Genesis is going to court to try to uphold its illegal and deceptive tax breaks shows a blatant disregard for what Paul writes about engaging in lawsuits in 1 Corinthians (as well as more general concerns like honesty).

On the other hand, if young-earth creationism were true, then the methods that mainstream oil prospectors use to find oil, based on an old earth and processes that young-earth creationists dismiss as “uniformitarian,” ought to be fundamentally flawed. If YECs had a better perspective, then they ought to be better at finding oil. And if they were, then they wouldn’t need the tax breaks. They could promote their Christian equivalent of Wahabism the same way the Saudis have, on the basis of oil-generated wealth.

[T]he widespread success of oil and gas exploration is perhaps the greatest testament to the accuracy of our age estimates. If the geologic column were created within the past 6,000 years, then no oil or gas should be found today, for the same reason you can’t make a medium-rare pot roast in only 30 seconds. By asserting that the age of rocks is somehow irrelevant to exploration techniques, Dr. Snelling has essentially told every cook to throw out their timers. But I think you all know better than this, and for that matter, so does Andrew Snelling.

And so the Ark Park’s recent financial issues – and the response to them on the part of Answers in Genesis – show that that organization is not Christian in its approach, and its claims are demonstrably wrong.

And just as a reminder, Evolution Weekend is coming up, and it is a great opportunity for Christians to dissociate themselves from young-earth creationist charlatans. 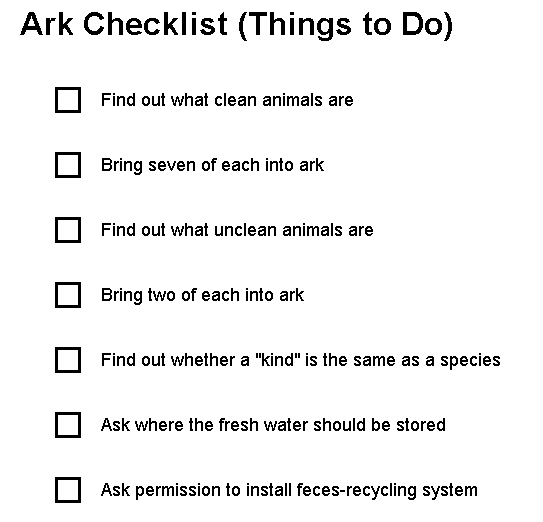