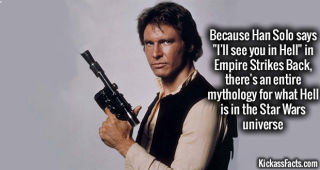 There have been a couple of interesting articles online lately about religion and Star Wars. First, the Washington Post explained how Star Wars answers our deepest religious questions. Then IO9 took it further, offering a response article about religion and morality in Star Wars. In the former, Joel Hodge views the story in what at times seems to me to be too simplistic terms, as a story of good vs. evil with Christian typology that is at times inverted. But by the end, he seems to be moving in the direction of my own view, that the story is a more complex one, in which we are not dealing with simple good vs. evil, but the all-pervasiveness of evil, and the possibility of bringing the good in someone who has fallen back to the surface. There are thus profound resonances with the Christian emphasis on redemption. Hodge encapsulates that point well in the end, when he writes:

Redemptive violence and heroism are set aside for a spiritual path of nonviolent love (heavily influenced in Lucas’s thought by Buddhism and Christianity). Crucially, the story here turns from Luke becoming a violent victor to a loving victim who is willing to give his life rather than take another’s life. In suffering and confronting evil with love, evil can be transformed, resisted and overcome.

In the response article, this comes up too:

[T]o me Vader’s redemption and Luke’s rejection of vengeance (despite the encouragement of his mentors Obi-Wan and Yoda) in the favor of forgiveness are part of what make the Star Wars saga so meaningful and more than just the space adventure fantasy it could easily have been; it gives the series a moral core that is conspicuously missing from many of the franchise’s imitations.

Also of interest is the Star Wars-related graphic that Morgan Guyton used in a post. And of course, this joke never gets old: 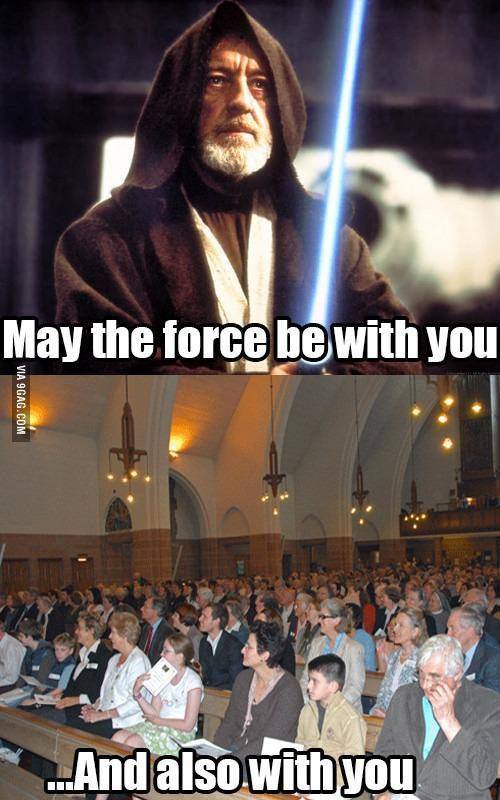 April 28, 2015 Newsworthy
Recent Comments
1 Comment | Leave a Comment
"Alas, over here in the UK we haven't been able to see Strange New Worlds ..."
Scurra Entering Strange New Worlds of Star ..."
"Yeah - I think the important distinction is that places that are using "fakes" to ..."
Scurra Prehistoric Planet
"Thanks so much! While I'm not sure how many of the additional things that I ..."
James F. McGrath The Parables of LaGuardia Airport, the ..."
"Hey Dr. McGrath. Wanted to let you know that my review of your book is ..."
Chris H The Parables of LaGuardia Airport, the ..."
Browse Our Archives
Related posts from Religion Prof: The Blog of James F. McGrath