Commenter Bilbo raised an excellent question about what distinguishes a conspiracy from a conspiracy theory. There have been real life conspiracies, and people conspire together for all sorts of reasons on a daily basis. How do we distinguish this mundane phenomenon from the kind of conspiracy theory that is deservedly treated with disdain?

Clearly there is a tipping point, beyond which the extent of the conspiracy, or the kind of information being covered up, becomes implausible. And towards the extremes, categorizing talk of conspiracies as “plausible” or “crackpot” may be relatively easy. But are there any instances which are near the middle of the spectrum, and less easy to categorize?

Conspiracy theories of the crackpot kind also posit that information is readily available to everyone, but only they and a handful of others have the wisdom/genius/insight/skepticism/freethought/discernment to spot the pattern in what we all know and thus recognize what is going on behind the scenes.

What are other characteristics that distinguish tinfoil hat kinds of conspiracies from actual conspiracies? What are readers’ thoughts about this topic? 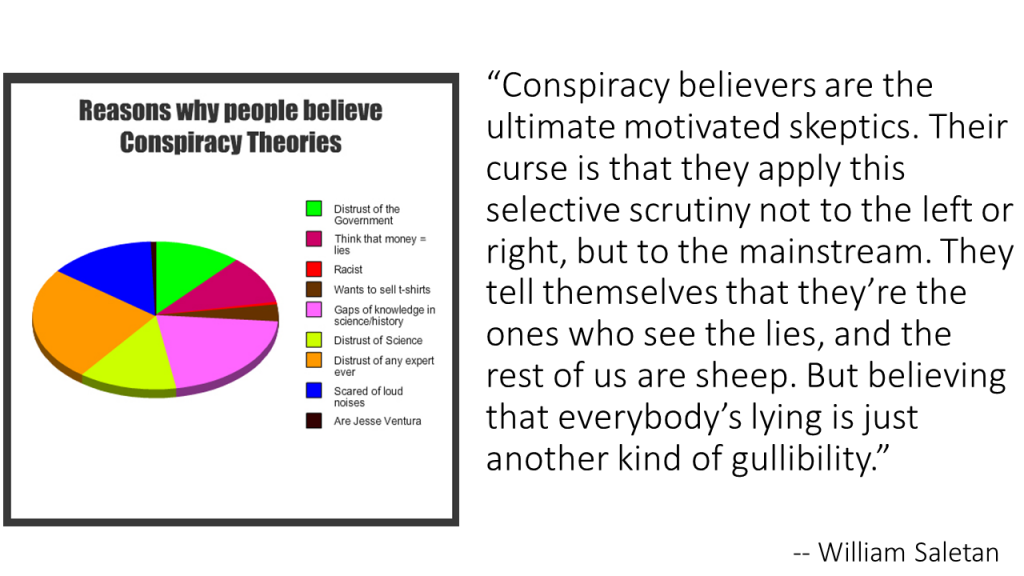 June 10, 2015 Why You Should Connect With Me On Twitter
Recent Comments
10 Comments | Leave a Comment
"Brilliant perspective. It is not surprising that the fundamentalist political right-wing imports fundamentalist religious zeal ..."
robrecht Qx2: Comparing Anonymous Sources and their ..."
"Time to apply Occam's razor!"
Zeigler John Prove It
"As a foreigner looking at American politics, I'm bemused at how similar both sides are ..."
Harold Porter Prove It
"Thank you for pointing out that I hadn't finished that thought, or that something got ..."
James F. McGrath Warning Labels for Christianity?
Browse Our Archives
get the latest from
Religion Prof: The Blog of James F. McGrath
Sign up for our newsletter
POPULAR AT PATHEOS Progressive Christian
1 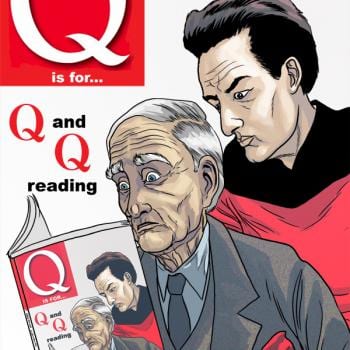 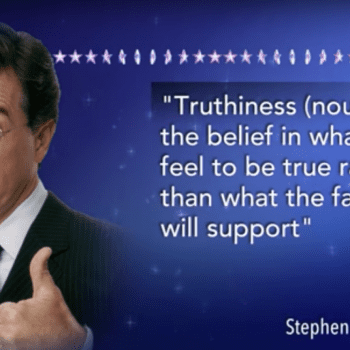