This episode begins with a monologue about the sense of life being lived in constant threat of danger and death. The Doctor thinks about Clara’s death, and is angry in a way that we have rarely seen. The Doctor has been brought to a castle, but with TV screens on the walls. The Doctor realizes he is afraid of dying, and is confronted with the specter of a woman whose death he saw as a child and which terrified him in his nightmares. The Doctor then narrates how he assumes he will survive, and his calculations are made about his surroundings that allows him to jump through a window and survive. 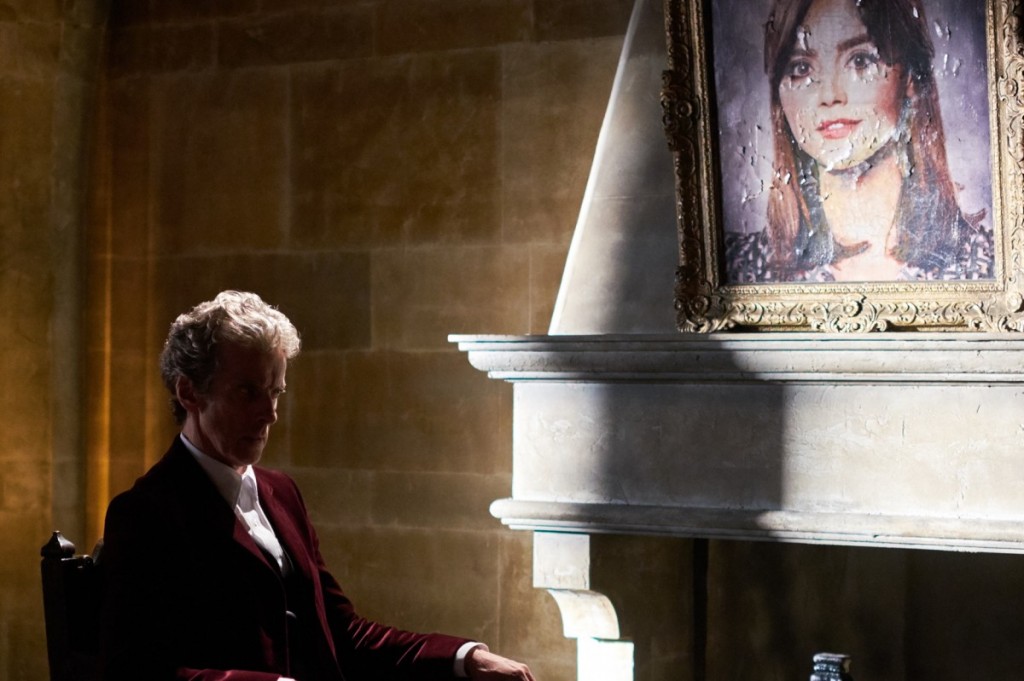 Throughout the episode he keeps talking to Clara, whose death he witnessed in the previous episode. He realizes that the way to survive in the context in which he finds himself is to tell truths he has never told before, confessions – but he insists that there are some truths he can never tell, echoing language used in “The Rings of Akhaten.” But he does confess that he didn’t leave Gallifrey because he was bored, but because he was scared.

The Doctor finds a message luring him to room 12. He says at one point that he isn’t afraid of hell – it is just heaven for bad people. Every living thing experiences two moments, being born and dying, and no one remembers either.

The Doctor keeps managing to get back and bring back the teleporter’s recorded pattern of himself, doing this again and again for 7,000 years, and on and on, 12,000 years, 600,000 years, 2,000,000 years, 20,000,000 years, 52,000,000 years, 2 billion years, and more. How many seconds in eternity? That question is asked, but as viewers we must also ask what relevance time or eternity has to one who can travel through time, and whose life is being constantly reset in the manner depicted in the episode. It is even suggested that the whole experience takes place inside his confession dial – with him, in essence, teleported inside it, while the confession dial with him in it was sent to Gallifrey.

Eventually, the Doctor mentions the prophecy of a hybrid, half time lord and half Dalek, and confesses that he knows it is real.The episode ends with the Doctor on Gallifrey. The prophecy (or rather, the interpretation of the prophecy) was wrong. The hybrid is not half Dalek – the Daleks would never allow that. The hybrid, destined to rule Gallifrey, is the Doctor!

The episode has a great deal for long-time fans. First, it is the only episode I can think of where the Doctor is, for all intents and purposes, the only character and speaker for almost the entire episode. Second, it addresses longstanding questions about the Doctor, both his person and his motives for actions such as leaving Gallifrey. Third, it may be reintegrating into the Doctor Who canon the detail from the TV movie with the Eighth Doctor, namely that the Doctor is half human on his mother’s side. I am very curious to see whether fans are mostly excited by that prospect, or worried. I am also interested to see whether the character of the Doctor’s mother – who appeared on the show in brief moments in “The End of Time,” and seemed to be able to reach out from inside the time lock that was a first measure to keep the Time War from continuing to ravage the universe, just as the Doctor found himself able to get in in “The Day of the Doctor.” If so, that would be impressive tying up of some longstanding loose ends.

Of related interest, see the post highlighting Amy Calder’s work on the Doctor as messianic figure, on the Auckland Theology and Religious Studies blog. 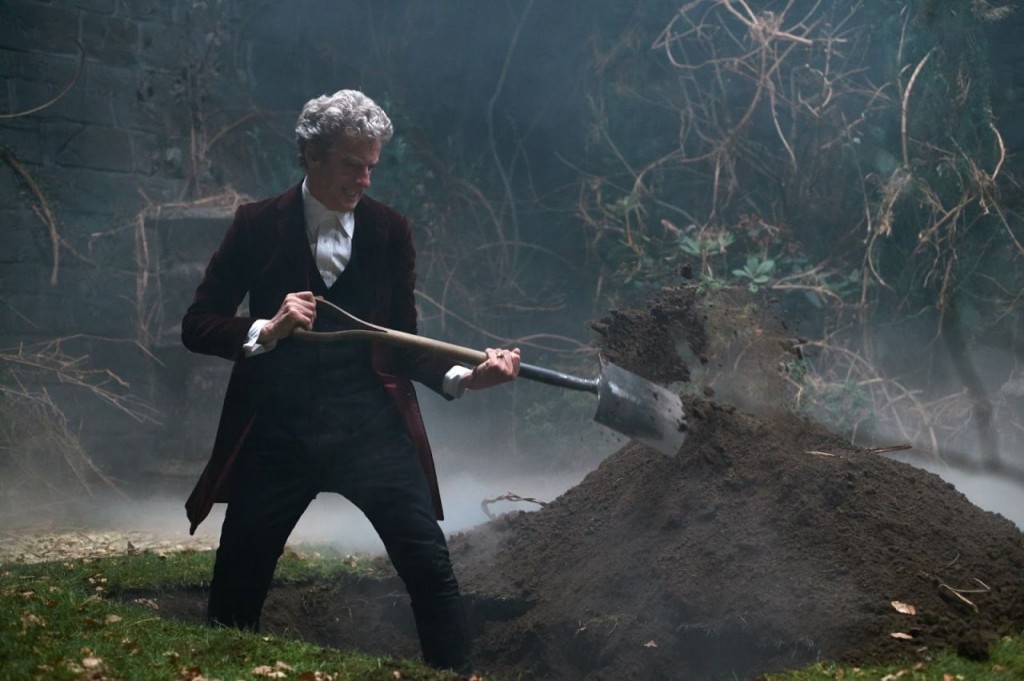 November 30, 2015 Atheist Dogmatism about Jesus
Recent Comments
4 Comments | Leave a Comment
Browse Our Archives
get the latest from
Religion Prof: The Blog of James F. McGrath
Sign up for our newsletter
POPULAR AT PATHEOS Progressive Christian
1