The title of the post refers to two recent articles. One is Tom Smietana’s article in the Washington Post, offering a religious case for ignoring Episodes I, II, and III of Star Wars. He likens the prequels to the Gnostic Gospels – although he also has complaints about every episode except “A New Hope.” The other is by Jay Michaelson in Forward, and suggests that Star Wars is America’s Talmud. Here is its conclusion:

The very end of the film offers one possibility, though more a Christian than a Jewish one. Luke Skywalker, who, the film’s opening crawl tells us, has “disappeared,” is finally found, on a remote island in the middle of a vast sea on a remote planet. Surely, if Han Solo, Kylo Ren, and the rest are haunted by the past, Luke has been utterly captured by it. He cannot face the present, and lives as a recluse.

But in the film’s closing gesture, Rey, who has no memory of the past, makes contact with Luke, who is trapped in it. She offers him his lightsaber back, demanding that he return to history.

As the scene fades out, it’s not clear whether Rey is Elijah, and Skywalker is the Messiah set to return — or whether Skywalker has, all this time, actually just prepared the way for Rey to be the redeemer. Maybe we’ll find out in Episode 8.

Either way, the redemptive moment of the film’s conclusion is a messianic one, which is to say, a rupture of the existing order – a new revelation. Otherwise, all we can do is quote.

Click through to read the rest (HT Jim Davila).

These follow close on the heels of other articles and blog posts exploring Star Wars and canon. The one in Tablet magazine made a number of points that I also did in my recent SBL paper. See too Matt Emerson’s canonical perspective on The Force Awakens.

Peter Chattaway listed actors from Star Wars who’ve also been in Bible movies, and I was surprised by a number of them, especially ones that I ought to have noticed (having seen the movies in question) but did not – just as it never clicked to me that the actor who played Lord Grantham on Downton Abbey had been on Doctor Who.

There was also recently a post on the blog Only a Game about Doctor Who and “orthodox” science fiction. Of related interest, Jody Eichler-Levine wrote about dualism and other themes in the movies. Jeff Carter compared science fiction and Christmas carols as genres. Jerry Coyne was unimpressed by a Star Wars church service. And Deane Galbraith suggested that the New Testament is just Old Testament fan fiction. 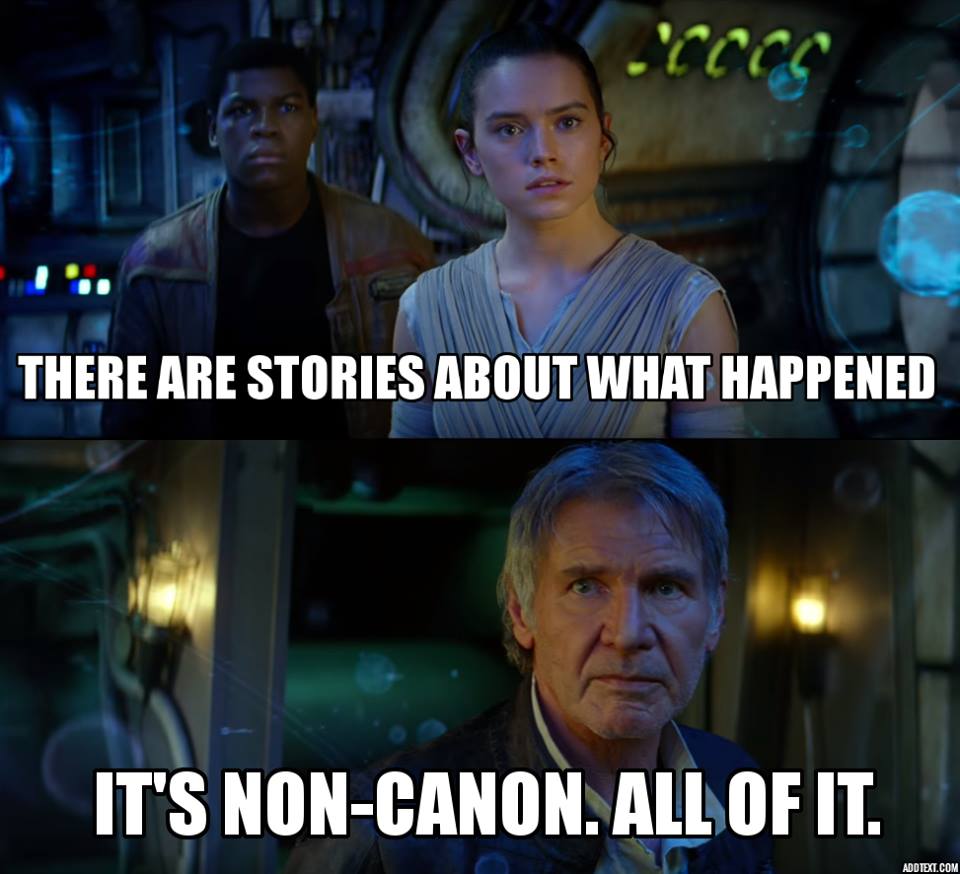 December 27, 2015
Spoiler-Free Review of The Force Awakens
Next Post

December 28, 2015 How BB-8 Actually Works
Recent Comments
0 | Leave a Comment
Browse Our Archives
get the latest from
Religion Prof: The Blog of James F. McGrath
Sign up for our newsletter
POPULAR AT PATHEOS Progressive Christian
1