Fred Clark recently posted on the connection between the Left Behind series and Right Wing conspiracy theories. The two overlap extensively, with the non-religious leaving out the Rapture, but overlap in many other particulars, such as that the United Nations is a bad thing, and so too would world peace be.

This while various news outlets were reporting that Michele Bachmann was predicting that Barack Obama will become the Antichrist after his presidency. I wonder whether anyone will remember that these individuals turned out to be false prophets, when they eventually do. And I wonder whether anyone will reconsider the end-times approach to politics, and life more generally, as a result of yet another set of predictions failing to come true, or whether they will just say that the individual false prophets were wrong, but to predict in this way is not itself wrong.

But I am even more interested in the question of which kind of conspiracy theory thinking tends to lead to the others. Does Left Behind simply add religion to conspiracy theories that are more widely subscribed to, or does religion of this particular fundamentalist sort give birth to the conspiracy theories? Do people who deny the moon landings gravitate towards Ken Ham’s lies about science, or do the latter tend to lead people to the former? Why do some just deny evolution, geology, and astronomy but stop short of asserting that the Earth is flat?

I know there is no direct straight line that uniformly runs from one to the other. But it does seem clear that being skeptical towards authorities, without recognizing one’s dependence on authorities, is at the root of a great many dubious viewpoints.

As Paul Braterman reminded us recently, we are all irrational. And so the question must not be merely “why are those others so very irrational?” but “what are my blind spots with regard to my own irrationality?” and “what can be done to minimize the popularity of irrational thinking and the damage caused by it? 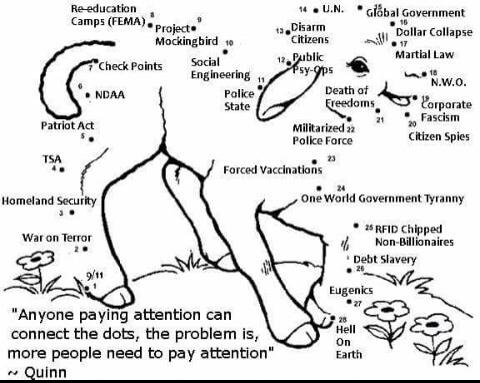 February 9, 2016
Pondering the Stars We're Made From
Next Post

February 10, 2016 What the Bible Says
Recent Comments
45 Comments | Leave a Comment
"I haven't seen his new show, but my favorite segment on the old Colbert Report ..."
John MacDonald The Truthiness Will Set You Free
"Where do you get the notion that people "allow" themselves to be oppressed? It is, ..."
Michel At What Point Repentance?
"Please go through my three papers on 21st Historiography"
Sujay Rao Mandavilli History and Creative Writing
"Yes, Trump's example teaches us to always remember that people can passionately will their own ..."
John MacDonald Fox News is Full of Sith
Browse Our Archives
get the latest from
Religion Prof: The Blog of James F. McGrath
Sign up for our newsletter
POPULAR AT PATHEOS Progressive Christian
1