Eclipse of the End Times

Eclipses were treated as portents throughout much of history (see Anne Graham Lotz’s ambiguous comments on this subject). Eventually, however, people realized that these are entirely predictable events that result from the moon passing between the sun and Earth (in the case of solar eclipses) or the Earth passing between the sun and the moon (in the case of lunar eclipses). As you know, we have one coming up this month, on August 21st  2017, that will be visible in many parts of North America.

XKCD comic decided to do something on the subject, and the connections that many draw between eclipses and the notion of “end times.” Here’s what they came up with:

The Washington Post has an article which highlights the views of fundamentalist pastor Gary Ray and his calculation that the eclipse, and other astronomical phenomena, indicate that the Rapture will happen soon. Here is a quote from the article:

Ray, a writer for the evangelical Christian publication Unsealed, views this eclipse as one of several astronomical signs that the day when Christians will be whisked away from the Earth is fast approaching.

“The Bible says a number of times that there’s going to be signs in the heavens before Jesus Christ returns to Earth. We see this as possibly one of those,” Ray said about the eclipse.

He is even more interested in another astronomical event that will occur 33 days after the eclipse, on Sept. 23, 2017.

The Book of Revelation, which is full of extraordinary imagery, describes a woman “clothed with the sun, with the moon under her feet and a crown of twelve stars on her head” who gives birth to a boy who will “rule all the nations with an iron scepter” while she is threatened by a red, seven-headed dragon. The woman then grows the wings of an eagle and is swallowed up by the earth.

Ray says that image will be created in the sky on Sept. 23. The constellation Virgo — representing the woman — will be clothed in sunlight, in a position that is over the moon and under nine stars and three planets. The planet Jupiter, which will have been inside Virgo — in her womb, in Ray’s interpretation — will move out of Virgo, as if she is giving birth.

Astronomers don’t see this as a particularly unusual event. But to Ray and others, it could be the sign that the Rapture is ready to happen: “We think it’s God signaling to us that he’s about to make his next move.”

And Ray thinks the two eclipses that are slated to travel across the United States in 2017 and 2024, together marking an X across the nation, could be the starting and ending signs bookmarking a seven-year period of awful tribulations that Revelations says waits in store for nonbelievers who are left behind on Earth when the Rapture occurs.

Therefore, the eclipse preparation that Ray recommends is a bit different from the scientists’ association’s advice.

“My number one encouragement to people would be to just trust God. More importantly, to trust the right God,” he said, warning that those who do not believe when the day of the Rapture comes will be left behind to face the tribulations. “If people want to be ready, the one thing you can do is accept what He has offered, which is the gift of grace and forgiveness. That’s all we have to do to be ready.”

Kurt Willems has a good preemptive response to that in his blog post “Why Rapture Predictors are Always Wrong.” But I would even more strongly recommend Ben Corey’s earlier post, “Why the Rapture and Santa are Both Fairy Tales: a theological explanation.” See also what Episcopal churches are doing for the occasion of the upcoming eclipse.

Also on the topic of the eclipse, but much more lighthearted in character, there is a theme song for the occasion: Solar Eclipse of the Heart!

Finally, at the intersection of lunar eclipses and flat-earthism: 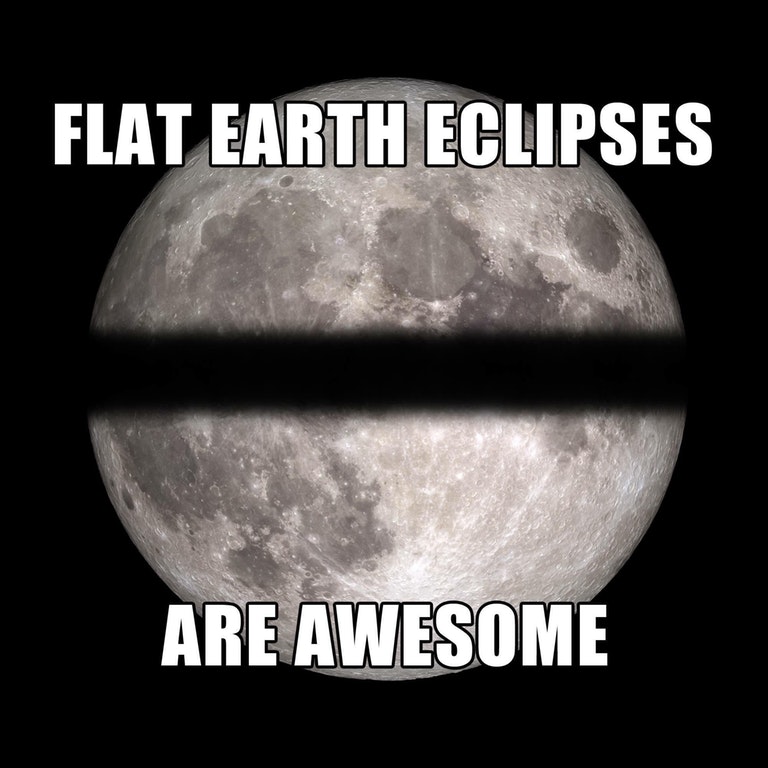 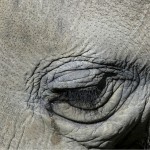 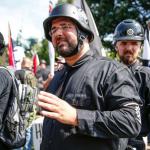 August 13, 2017 Racist Propaganda and Landmines
Recent Comments
6 Comments | Leave a Comment
Browse Our Archives
get the latest from
Religion Prof: The Blog of James F. McGrath
Sign up for our newsletter
POPULAR AT PATHEOS Progressive Christian
1

Christians: is Trump your house on the sand?
Most Christians are familiar with the parable of the Wise and Foolish...
view all Progressive Christian blogs
What Are Your Thoughts?leave a comment
Copyright 2008-2020, Patheos. All rights reserved.