Not The Messiah You Ordered? 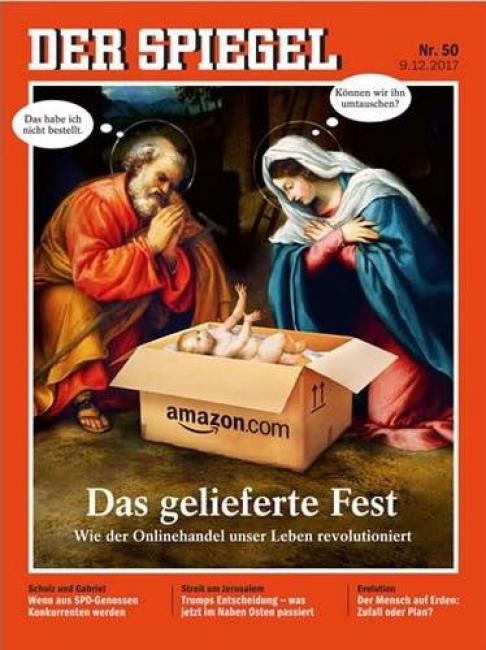 If you thought the sausage roll in the manger in Greggs’ advertising was controversial, I wonder what you will make of this cover from a recent issue of Der Spiegel. I haven’t read the article, which I expect is more about online shopping and shipping than about Jesus. But the speech bubbles grabbed my attention and got me thinking about Jesus as a Messiah who was “not what we ordered” and one to be given back and exchanged for someone else (like Barabbas).

There is a long history of Christians claiming that Jesus “fulfilled prophecy.” In some instances, they merely meant that they were reading their sacred texts through the lens of Jesus, and vice versa, in a typological fashion. Relatively few texts in the Jewish scriptures are “Messianic predictions” in a strict sense, and even those relate to Jesus in a rather awkward and at best ambiguous way. As I wrote some years ago in a post with the provocative title “Jesus the Anti-Christ? Jewish ‘Messianic’ Texts from a Christian Perspective”:

[T]here are…texts that were indeed about an anointed one (or Messiah), presumably originally referring to the Davidic king or Aaronic priest in general, or in some cases to one specific king or high priest. After these institutions were disrupted, such texts were applied to figures whom God would raise up in the future to restore the institutions of the kingship and priesthood. In some cases, we do in fact have predictions of such a restoration.

The latter are the only genuine “Messianic predictions” among the texts mentioned so far, and they are the reason for my giving this post a controversial title. From the perspective of Jewish expectations about the restoration of the kingship, Jesus simply did not do in any obvious or publicly observable way the things that were predicted. He doesn’t defeat Israel’s enemies. He doesn’t take David’s throne back and reign on it in any earthly, physical sense. He doesn’t restore unity between the northern and southern kingdoms, bring back exiles or reunite scattered tribes. At best, most Jews would have viewed Jesus as simply having failed to fulfill their expectations. But in some cases, when they considered that Jesus instead of conquering the nation’s foreign overlords was instead executed by them, they might have concluded that Jesus was not merely a poor fit for the role of Messiah as traditionally understood. They might have viewed him as the antithesis of what the Messiah should be.

For some, this might seem like a strong argument against Christianity, but for me, this is one of the reasons I am a Christian. The early Christian movement, rather than abandon the view that Jesus was the Messiah, instead rethought the whole category of Messiah, and redefined it in terms of suffering, of conquering not through force but through sacrifice. And it is that very reinterpretation which, even if it means that we can’t claim that Jesus “fulfills hundreds of prophecies”, also gives Christianity its life-transforming power.

Click through to read the rest of that earlier post of mine, from which the excerpt above is taken.

I also think that it is appropriate to draw connections to the Star Wars saga. Anakin Skywalker was the one who would bring balance to the Force, fulfilling an ancient prophecy – but one that the Jedi had badly misunderstood.  And the continuation of the Jedi can involve a radical abandonment of parts of that heritage and a major reshaping of other parts.

Of course, since Anakin Skywalker was virginally conceived, let me also highlight Kyle Roberts’ blog post about “Reading the Virgin Birth as Legend (or Creative Hagiography).” Here is an excerpt:

Extraordinary figures need an extraordinary origin story. As stories about such figures were told and retold, seemingly inevitably some kind of miraculous birth story would be added to their biographies. And, it’s apparent that the infancy narratives came significantly later than the already-circulating stories about Jesus’s adult life, his teachings, and the passion narratives of his death and resurrection.

Finally, to offer something a bit lighter than the above, here’s a rendition of the nativity story by children in a church, in which one of the sheep decides to take baby Jesus, and Mary’s not having it… 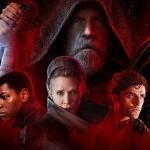 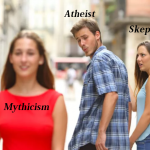