Star Trek: Discovery – The Wolf Inside

Early in the episode, Burnham reflects on whether it is possible to suppress one’s decency, as she needs to in the parallel universe, without it radically transforming you. She observes that they are human, with the same drives, in both universes. Tyler makes a comparison to the tether that reassured him when venturing into space in a suit, something that initially terrified him.

The Emperor sends a message to Burnham as captain of the Shenzhou, sending them on a mission to eradicate the Klingon leader of the rebels, known as the Firewolf. She consults with Capt. Lorca, and is not convinced when he says that the ends can justify the means. She sees the rebellion as a thing of hope, the closest thing to a Federation the mirror universe may ever see, since it has brought Vulcans, Andorians, and Klingons together. When Tyler says that she is going to get herself killed, she says, “Better dead than one of them.”

A bearded Sarek serves as prophet to the rebellion. He mind melds with her and recognizes that she means them no harm. Burnham wants to know how they accomplished their alliance. The Firewolf turns out to be Voq’s parallel, and he says he is guided by the light of Kahless. Tyler then begins to speak Klingon  and attacks. Tyler says that he tried to be human for Michael, but seeing Voq on the planet, he realized that he is himself Voq. He accuses Michael of having killed his lord T’Kuvma. They fight, and Tyler’s execution by transporter becomes a means of delivering him back to the Discovery.

The revelation that Philippa Georgiou is the Emperor at the end of the episode confirmed many fans’ speculations, but was no less cool as a result.

The episode explores interesting aspects of morality and the question of how an alliance can be forged across disperate cultures and values. The storyline that brought a Klingon who made himself human and a human raised Vulcan into a parallel universe into a parallel universe where values and aims are inverted does this in a way that no other could. 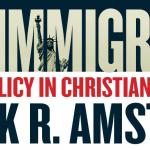