Was Jesus a Wesleyan?

As a Baptist, you are probably surprised that I would even ask a question like this, or alternatively, you might assume that I’d ask it only to answer quickly in the negative. But I’d rather take a bit more time to get beyond the obvious surface-level response – “no, of course not – Wesley may have been a Jesusian, but the reverse makes no chronological sense whatsoever!”

Sure, but when Richard Beck posted about Jesus and the Wesleyan Quadrilateral, he wasn’t asking whether Jesus knew John Wesley’s later idea supernaturally, nor was he getting his historical order badly mixed up. Here is what he wrote, which clarifies his point:

Jesus…used human experience as a hermeneutical and theological tool. In Matthew 12 Jesus enters a synagogue on the Sabbath and finds a man with a withered hand. The way the Pharisees interpreted the Sabbath laws prohibited Jesus from healing the man.

But Jesus disagrees, and he makes an appeal to human experience to argue for a different hermeneutical approach to Sabbath keeping. Jesus doesn’t appeal to Scripture or tradition, he asks a question about how something would feel.

“How many of you,” Jesus asks, “if a sheep of yours fell into a ditch on the Sabbath, wouldn’t pull it out?”

Jesus asks the Pharisees to imaginatively place themselves in this situation, asking them to consult their feelings, experiences and reactions. Jesus expects this appeal to experience to lead to an affirmative answer: They would grab the sheep out of the ditch, even on the Sabbath.

And that appeal to experience–what it would feel like if you were in a similar situation–opens up new biblical and theological horizons.

Paul does something similar – following in Jesus’ footsteps – when he uses experience (specifically the receipt of the Holy Spirit) to argue that God must be doing something that doesn’t fit nicely within the paradigm that a scripturally-focused approach would come up with, since Genesis simply doesn’t allow for anyone to join Abraham’s household without also embracing circumcision.

And so, while it might be more helpful to speak of Wesley being in tune with Jesus, it is nevertheless worth noting that the balance between a variety of sources of authority, with others sometimes allowed to take priority over scripture, is not something that originates with Wesley, but something that we see evidenced in the teaching of Jesus himself. And clearly, for Jesus, scripture is not allowed to be the one of the four that always gets the last word.

If you aren’t already familiar with the Wesleyan Quadrilateral – which views authority as a multi-legged stool that requires them all to stand steadily – why not take a look at Allan Bevere’s post on the topic from several years ago, which includes a brief definition. 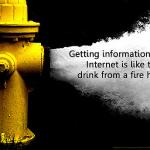 January 12, 2018
The Future of Blogs and Blogs of the Future
Next Post 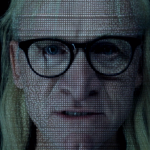 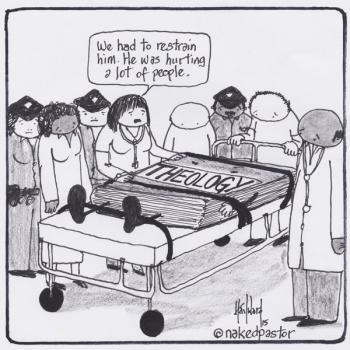