There Once Was a Prophet from Judah

Jeff Carter has a book coming out, which is on a theme that readers of this blog should recognized, since I have highlighted his biblical limericks here before. Here is one that I highlighted precisely because it was inspired by a blog post of mine, which in turn drew on something that Keith Ward says in one of his books (The Big Questions in Science and Religion, p.107):

It is a part of our Christian creed
that our Jesus ascended, indeed,
but he ‘aint, to this day,
escaped the Milky Way,
unless, that is, he’s attained warp speed.

Jeff now has a whole collection of his biblical limericks about to be published in book form – although not including the one I just mentioned above, perhaps because of concerns about how it should be attributed to the sources that influenced it. It does, however, include one that I linked to in a blog post about “traditional biblical marriage.”

The book will be called There Once Was a Prophet from Judah: Biblical Limericks for Fun and Prophet. When the publisher asked me if I would write an endorsement for the book, I was eager to do so, and eventually decided that this might be the appropriate form for the endorsement to take:

Mr. Carter’s an author who’s liable
To make you laugh at things found in the Bible.
Comprehension’s a must
If your sides are to bust,
But you’ll also learn – that’s undeniable!

Another limerick of his that is not in the book – because it is not biblical – is about the Christmas carol “I Saw Three Ships,” which inspired me to in turn share a longer reworking of that carol here on the blog, since (as we both note in our different poetic genres) there is no waterway for a ship to take to sail in to Bethlehem!

See also my blog post about his book Muted Hosannas. 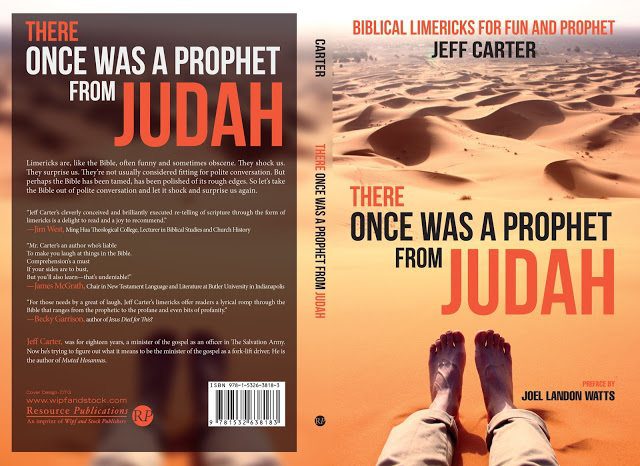 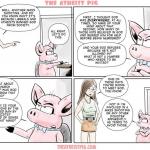 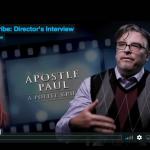