I feel like I need to comment on the Daily Show’s sketch RoboChrist, since it intersects with a number of topics that interest me: the intersection of religion and science fiction on the one hand, and religious freedom on the other.

But let’s be honest at the outset. It’s not particularly funny. It would probably have worked better if they had brought Donald Trump’s proposed Space Force into the picture and made some sort of parody at the imagined intersection between that and so-called “religious freedom” measures.

And for those interested in exploring the idea of “RoboChrist” in its own right, there is a lot there to be explored that is a lot more interesting than what is in the sketch. See my 2014 blog post “RoboChrist” (borrowed from the title of a blog post elsewhere that prompted my own post) for some of what’s out there.

But I suppose what I should say about the matter is this. On the one hand, the fact that such a parody can be freely made and circulated illustrates that religious freedom – including the freedom to critique and criticize the religious views of others – is safe and sound in the United States. And on the other hand, this kind of cheap swipe at religious conservatives is likely to do little more than reinforce in their minds the sense that they are under attack in this country and actually need new laws, if not new robot enforcers thereof, to protect them.

Of course, the key issue in our time is not such criticism, even if unfunny and in poor taste, but conservative doublespeak use of “religious freedom” as a way of denoting the privilege of restricting the freedom of others and imposing their beliefs on them. The big danger at the moment is that legislative measures that claim to protect religious freedom will be used as part of efforts to reduce the freedom of minority groups.

Although my current research project about robots and ethics may seem to have little direct intersection with the subject of this post, deeper connections are there not far beneath the surface, branching off in a variety of directions. In addition to the key point about adjudicating between competing values, see the CACM article on using sci-fi to teach real world computer ethics, the piece about robot peer pressure’s effects on children, the New Scientist article about how a robot boss might help you concentrate (along with their earlier one about a robot debater), and coverage of how the Church of England is turning Alexa into a prayer assistant.

I suppose the takeaway is that just as rather stupid comedy sketches may still have something about them that deserves serious discussion, how much more so do as yet not truly intelligent computers and robots nevertheless have serious implications for our ethics and our societies that deserve our attention? The relevance of machines to ethics and theologies of work already in the present day is just one relevant example among many… 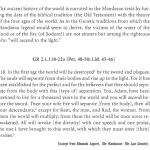 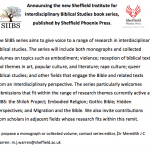 September 23, 2018 Hitting Sheffield: Doctor Who and Biblical Studies
Recent Comments
2 Comments | Leave a Comment
"Yeah, do Calvinists even bother with the Problem of Evil? It’s not clear to me ..."
Beau Quilter Because of the Fall: More on ..."
"One last thought."The first being last and the last first" may also explain Mark portraying ..."
John MacDonald Revisiting the Empty Tomb
"Opponents may have latched onto the dishonorable burial issue, not recognizing in Mark it was ..."
John MacDonald Revisiting the Empty Tomb
"On the other hand, another possibility is that Mark invented the dishonorable burial and introduced ..."
John MacDonald Revisiting the Empty Tomb
Browse Our Archives
get the latest from
Religion Prof: The Blog of James F. McGrath
Sign up for our newsletter
POPULAR AT PATHEOS Progressive Christian
1