This week’s episode of the ReligionProf Podcast features one of the leading figures in biblical archaeology, Eric Cline of George Washington University. If you’re at all familiar with this field, you’ve undoubtedly encountered his work. In addition to an incredible career in excavation and research, Eric has also done a wonderful job of mediating the findings of archaeologists to a general audience.

I blogged about him and his work after reading his excellent book From Eden to the Exile. But I first encountered his work way back in documentary clips I used from the Mysteries of the Bible episode about Jericho. Much better, though, is the one in the Ancient Evidence series about Jericho, narrated by Avery Brooks (or as I always want to call him, Cmd. Benjamin Sisko of Deep Space Nine).

When the Archaeological Institute of America, together with the Classics Program at Butler University, brought him to Indianapolis to speak at Butler about his decades of work at (and forthcoming book about) Megiddo, I was delighted to be able to invite Eric to make a guest appearance in my Historical Jesus class, and to sit down in the sound booth and record this episode of the ReligionProf Podcast. 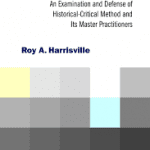 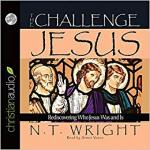 Faith in a Time of Pandemic - Home...
XXV. HOMESCHOOLING (4/8) “And Jesus grew in wisdom and stature and favor...
view all Progressive Christian blogs
What Are Your Thoughts?leave a comment
Copyright 2008-2020, Patheos. All rights reserved.