This post contains spoilers – if you wish to avoid them, stop reading now! The title of the 2019 Doctor Who New Year’s Day Special, “Resolution,” is intentionally punny. It refers, of course, to the practice of making New Year’s resolutions, committing to changes in one’s life. But it also refers to resolution of plot tensions. In this case, both meanings converge on Ryan’s relationship with his father, who makes a guest appearance in the episode to resolve the longstanding tensions created by his absence, as well as to provide a microwave oven that supplies the necessary ingredient to defeat the episode’s enemy, a Dalek recon scout. And in the process, reconciliation is achieved between him and Ryan that succeeds in not only resolving the tension between the two of them, but Aaron’s desire to turn over a new lead. A New Year’s Resolution in both senses of the word.

There is no direct reference to religion in the episode, but a fair amount that is there implicitly. For instance, what initially stands in the way of Ryan and his father being reconciled is the lack of any apology or expression of remorse from the latter – in short, the absence of signs of repentance. The Doctor mentions at one point, “Dads are complicated. So I’ve heard.” We’ve only had the briefest of glimpse – a voice and not even a picture – of the Doctor’s father, in the episode “Listen.” But we also had the Doctor tell Wilf that he’d be proud if he were his father, with hints that the Doctor is not in fact proud of his own.

Then of course there is the theme, often connected with religion in other episodes even if not in this one, of ancient myths turning out to be true, because aliens. In this case, the legend is about humanity banding together to defeat a terrible foe, and dividing up what remains in order to prevent its return to life in different parts of the world, to be guarded by three custodians. Unfortunately, the one located in England is killed and so the site remains unguarded, and is unearthed by archaeologists (who mention Alfred the Great in their conversation, who is also the subject of a great New Year’s Day post on the British Library website). The notion of the Dalek being invulnerable to tanks and the most dangerous entity in the universe seems at odds with the notion that people in the 9th century defeated one. The message is supposed to be that humans working together always manage to defeat impossible odds, but I wasn’t sure it worked in this case.

The reference to UNIT having had its operations suspended and its budget cut may have been any number of things. A reference to the potential impact of Brexit? A warning against cutting military budgets in times of peace? A jab at the short-sightedness of politicians? More than one or perhaps all of the above? It was a cool moment, mixing humor and a sense of terror in the way Doctor Who regularly does, but with stronger ironic overtones than usual, as the Doctor speaks to an operator when trying unsuccessfully to reach Kate Stewart at UNIT, before hanging up and telling her team, “We’re on our own.”

The interaction with the Dalek is in keeping both with the current season’s emphasis on the Doctor’s preference to avoid killing others, and the long history that lies behind her statement, “Me and a Dalek? It’s personal.” She gives the Dalek a chance to leave Earth and abandon its claim to have acquired it for the Daleks, before in the end destroying it. This raises multiple questions, ranging from whether it is really a choice that is given when the entity in question has no capacity to engage in moral reasoning of the sort required by the conversation, to whether letting the Dalek leave would not simply invite even greater death and destruction in another crisis that would inevitably follow at some later point. After all, on the one hand, the Doctor tells Lin that she has nothing to be sorry about when it comes to actions that were carried out when the Dalek took control of her body, against her will. On the other hand, the Doctor tells the Dalek when first communicating with it via a transmission, “I’m your secret conscience. Just kidding, I know you don’t have one.”

The reappearance of a Dalek, and the way the prospect of the potential impending loss of his father clinches Ryan’s desire to be reconciled to his father and tell him he loves and forgives him, all make for an overall enjoyable episode. What did you think of “Resolution”?

Of related interest, see Chris Chibnall’s discussion of how Doctor Who’s politically-focused stories are at the heart of its message and identity as a series. As Beth Elderkin writes in that IO9 article, “Not only does Doctor Who have a long history of tackling issues of social justice and discrimination, but the character’s whole M.O. is about living for the common good, fighting for the rights of people and beings everywhere.” 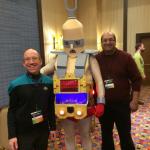 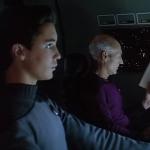 January 4, 2019 Liberal Arts at Starfleet Academy
Recent Comments
2 Comments | Leave a Comment
"I always thought the traditional model of exams was unfair because they seemed biased toward ..."
John MacDonald Gamifying for a Better Fall Semester
"He wasn't a Roman citizen and he wasn't subject to the Roman Empire - except ..."
Mark The Social Status of Jesus
"Well, I've learned most of what I know about Religious Studies from you, so now ..."
John MacDonald Doctor Who: Full Circle
"Thanks for these great questions. It is probably best to start with something recent, since ..."
James F. McGrath Doctor Who: Full Circle
Browse Our Archives
get the latest from
Religion Prof: The Blog of James F. McGrath
Sign up for our newsletter
POPULAR AT PATHEOS Progressive Christian
1