David Hayward shared some thoughts on spiritual independence, community, and authority that are worth considering carefully and reflecting on – if you choose to, of course. He also shared a cartoon with a rather naughty play on words, but one that works particularly well in relation to this topic! You can catch a glimpse of it in the preview below, and I’ll also include it as a reward for those who read this post all the way to the end. I think a key thing that many people forget is that even if you delegate or give away your authority to decide certain matters, you are the one doing so and thus the authority is still yours. Someone may have the power to punish you in some ways for not going along with them, but even then the authority is yours to decide whether to take a risky stand against them, or to allow yourself to be threatened into silence and compliance. The authority is always ultimately yours, even in the very act of ceding it to another.

You Can Be Spiritually Independent

On the other hand, Red Letter Christians highlighted the issue of not being accountable in community to one another as a potential source of problems.

The Evolution of Sin

And so there is a problem at both extremes, or perhaps the two ends of the spectrum meet up. Without a sense of community, people can get away with things, and yet a community can also work to hide abuse and silence victims. What is best is perhaps a community that supports people and holds them accountable, regardless of their status or role, while always looking to protect individuals (especially the most vulnerable), rather than merely protecting the reputation of leaders and the community as a whole. (On this point see also Emma Higgs’ post about climate change, which touches on individualism and community in Christianity.)

Peter Wehner addressed this in relation to politics:

People who are part of a tribe—political, philosophical, religious, ethnic—are less willing to call out their own side’s offenses. That’s human nature. To be sure, some are more willing to show independence of judgment than others, but none shows complete intellectual independence. I certainly didn’t.

Some of this has to do with feelings of solidarity, of not wanting to alienate those whose affirmation and support are important to us. Some of it has to do with the fact that our brains filter information differently, depending on whether it confirms or challenges our preexisting political commitments and affiliations. When we’re part of a team, we have a natural tendency to let our sympathies shape our views and opinions of others. As a result, we perceive the world differently, often more narrowly and sometimes incorrectly.

David Hayward also addressed the natural connection between church culture (not as it has to be, but as it commonly is) and abuse:

The Abuse Embedded in Church Culture

Red Letter Christians offered advice to survivors of such abuse, but also to churches.

To Baptist Clergy Sex Abuse Survivors: 10 Tips from the Trenches

Raised My Children without Sin

How Agreement Divides Us

Does the United States need a religious left?

The Lutheran Pastor Calling for a Sexual Reformation

Why Be Anglican? My Story

Nearly Half of Younger Christians Say It’s Wrong to Evangelize

This is Horrible Advice on When to “Report Ministerial Misconduct”

A Time For The SBC To Refocus

The Southern Baptist Convention’s sexual abuse and misconduct scandal is of course just the latest in a long series, with the Catholic Church having received some of the most prominent and earliest attention, but they are by no means the only place that has a problem. (See also Roger Olson’s post on the fundamental structural differences between these two denominations and their implications for how abuse can be tackled as a problem in each. Is he right that most journalists don’t understand these ecclesiastical distinctions?) Jeri Massi also blogged about SBC’s Al Mohler.

The Christian Century also had two articles about changing values and changing approaches to things that are at least tangentially related to this theme. One involved imagining Jesus returning as a first-year university student (or, more precisely, as someone of that age, in the form that people of that age imagine him). That generations values – and blind spots – are really brought into sharp focus. The other article is about rethinking where theological education takes place, with a reminder that churches used to be the locus of such activity, and that was historically the norm, even though today it is the exception.

And before I give you that promised cartoon by David Hayward, here’s a link to one more post from him that you are likely to find interesting. That one also has a cartoon in it, of course…

Are You Backsliding or Growing?

And now, the moment you’ve been waiting for! 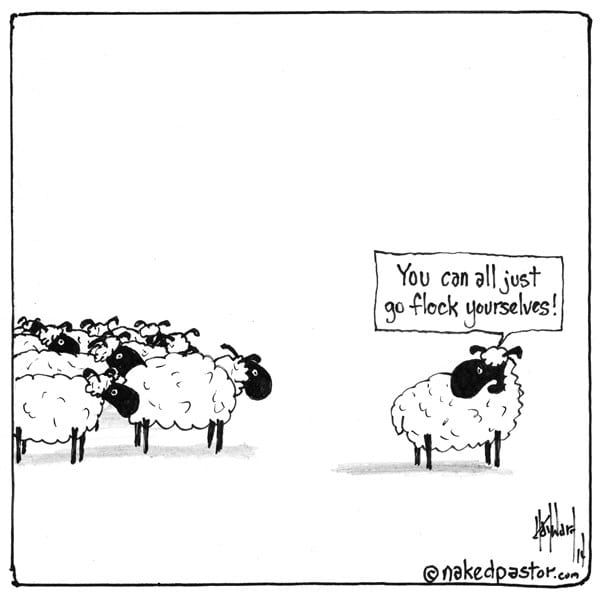 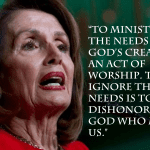 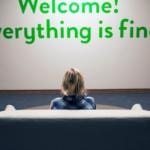 Election Resources for Faith Leaders: Defend Democracy and...
Here is a list of election resources for faith leaders so that...
view all Progressive Christian blogs
What Are Your Thoughts?leave a comment
Copyright 2008-2020, Patheos. All rights reserved.