Raised My Children without Sin

The author, Julia Scheeres, writes that:

We were standing in line for meat pies at the Great Dickens Christmas Fair. The indoor arena south of San Francisco had been transformed into Victorian London; actors wearing top hats and crinolines roamed about wishing fairgoers “Happy Christmas.” As we contemplated the menu — haggis or shepherd’s pie? — a noisy band of temperance advocates marched by hoisting signs that stated, “Gin is Sin!”

As my 9-year-old daughter watched them pass, her forehead knitted, and then she looked up at me with solemn hazel eyes.

The merriment of the fair receded and I stared at her, my brain spinning with the magnitude of her question. By failing to teach my child the meaning of the word sin, had I somehow failed to give her a moral foundation?

Sin. That tiny word still makes me cringe with residual fear. Fear of being judged unworthy. Fear of the eternal torture of hell. Fear of my father’s belt.

Scheeres goes on to discuss being raised in a fundamentalist family in Indiana, and the centrality of the concept of sin to her childhood. Scheeres’ narrative felt familiar because I’ve been there: I realized, around a year ago, that I have been raising my children without the concept of sin. I realized this while trying to explain to my older daughter, who is the same age as Scheeres’ daughter, what her grandparents believe.

I quickly found myself stuck. I was trying to explain to my daughter the gospel message so central to her grandparents’ worldview. My husband and I are atheists: neither of us believe in the existence of a supernatural realm or divine beings. We don’t go to church. While my children know that other people ascribe to various religions—we have a varied community—-religious beliefs had never been a significant presence in their lives.

I may be raising my children without religion, but I still want them to know about it. Religious beliefs play a significant role in most people’s lives—and in our society. Understanding that is important. So there I was, attempting to explain to my daughter the underlying principles of what evangelical Christians call “the gospel.”

During that conversation I realized that somehow, completely on accident, I had raised my children without exposure to the concept of sin. My daughter didn’t know what it was. More than that: the very idea of sin did not make sense to her. It did not fit her frame of reference. So, too, I realized in that moment how much distance even I had achieved from the idea. My daughter was right—it didn’t make sense. How did this once seem so intuitive?

I did not worry, while processing this, that I had left my children without a moral compass. I haven’t. They know how to tell right from wrong. They know about fairness, kindness, empathy, and compassion. They know about social responsibility. They believe in making the world a better place, in pursuing justice, and in working toward equity. They hold strong values and have a solid grounding. Sin simply isn’t relevant.

My children know about bad. They know about evil. Sin, though, is something different. Sin is a transgression of divine law. My children have never believed in divine law. They have never been exposed to the concept. I don’t believe in it myself. That day, I struggled to explain to my daughter why anyone would believe that whether one’s actions transgress divine law matters more than whether one’s actions cause another harm.

A few months ago, my daughter launched into an long rant on the limitations of our society’s social safety system. She was impassioned. We need to do more for the homeless and the precariously housed, she said, for those with limited resources and those struggling survive on unpredictable work and low wages. Her rant came from her lived experiences. She has friends who have been evicted, who have been homeless, who have had their family’s cars repossessed. She has watched how hard their parents work.

Where does sin fit this conversation? It doesn’t. Sin, I’ve come to believe, is a distraction. It gets in the way of forming a moral code based not on the whims of a divinity but on the reality of the human experience. It makes moral taboos more important than social responsibility. My children are better off for having been raised without it. 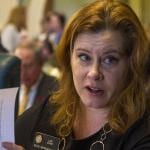 January 30, 2019
This Colorado Republican Illustrates Why Her Party Lost the Black Vote
Next Post 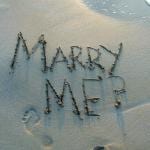