Even before I finished listening to the audiobook of Orson Scott Card’s novel Xenocide, I knew I was going to find and share this quote. Doing so was easy, since others had found it worth sharing before me.

I appreciate the sentiment, and it is one that is theologically rich. Unlike many of humanity’s most classic and best-known depictions of the divine, a real God (whatever that might mean) ought not to be threatened by humans and so feel the need to compel obedience and worship, but would instead generously seek our own progress in the direction of that which they are. Of course, in the context of Card’s own tradition (the Church of Jesus Christ of Latter-Day Saints) deities are not static but a potential that all beings can hope to achieve.

You can read the larger context of the quote here. See also my previous blog post about whether statements by characters in novels should be attributed to authors in this way, as though they must reflect their own viewpoint.

Since that story by card features a prominent place for an OCD-like condition, this also seems relevant:

And emerging from my work on gods on Star Trek, here’s Gene Roddenberry on the notion of ancient aliens (a quote which surprised me, given that Apollo makes an appearance on Star Trek and seems to give credence to the ancient aliens idea).

I actually checked a bunch of books about ancient aliens out of the library recently, with some embarrassment, as I am working on a book chapter about the parallels and relationships between ancient mystical accounts and experiences, and modern accounts and experiences expressed in terms of alien abductions and UFOs. I wondered what the librarian must think. I actually mentioned it, and was told that librarians do not judge patrons for their choices of reading material. I replied to the librarian that if she didn’t judge me, I judged her for not judging me!

Almost entirely unrelated is the article “The Jedi Community: History and Folklore of a Fiction-based Religion” by Markus Altena Davidsen. The same could be said about the New Scientist article about looking for the glow of alien life. And yet I think both may be of interest to anyone who found this blog post interesting… 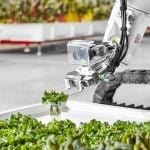 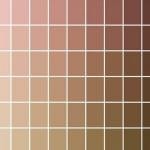