A round-up of posts related to early Christology, some with particular focus on their expression in hymns, seems an appropriate thing for me to offer you as Christmas draws near. Hope you find these interesting. Although I continue to explore a variety of subjects in my academic work, I regularly come back to my “first love,” the place where I began with my doctoral research, namely Christology.

And so, for your interest, from around the blogosphere:

A Hymn That Challenges All Hymns

When Is Resistance Actually “Resistance”?

Music and Emotion in Worship

Jim Spinti has begun blogging through the book The New Testament Christological Hymns, which was reviewed in Reading Religion last year and is on my ‘to read’ list. Here are his posts about it as of my writing this:

Birthing of the Church

Hymns in the Greco-Roman World

The Power of Rome

…and dwelt among us…

Greater than the Emperor

Are Ignatius and Irenaeus reliable interpreters of Romans 1:3?

Also about hymns and Christology but in a very different sense and from a much later time:

How Christ Transcends All Space and Time

Jesus, the Trinity, and Subterfuge

The Origins of Devotion to Jesus in its Ancient Context

One God, One Lord

And a review of recent book with some snippets for English speakers:

Also relevant is Andrei Orlov’s recent treatment of the rabbinic “two powers” material and its relevance to the study of early Christology, in which he interacts with my own work on that subject. Daniel McClellan also had an important and interesting article appear about Christology in which he mentions my work. A review of “I AM” Monotheism and the Philosophy of the Bible appeared in Reading Religion. See also this article in The Torah about when the Bible became monotheistic.

Hymns that Got My Attention Sunday

See too the review of Shout to the Lord (an academic book about contemporary worship music) in Reading Religion. And on the third person of the Trinity largely neglected thus far in this post:

And also related to Trinitarianism: The Lord is One: Reclaiming Divine Simplicity

How on Earth Did Jesus Become God? 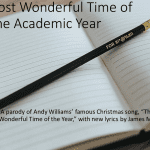 December 22, 2019
The Most Wonderful Time of the Academic Year
Next Post 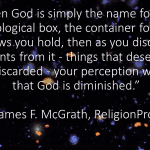