A Hymn That Challenges All Hymns

Begin by reading this amazing passage in Philippians 2:6-11, considered by many to be an early Christian hymn.

Phil. 2:6    Though he was in the form of God,
he did not consider being equal with God something to exploit.

7 But he emptied himself
by taking the form of a slave
and by becoming like human beings.

When he found himself in the form of a human,
8 he humbled himself by becoming obedient to the point of death,
even death on a cross.

9 Therefore, God highly honored him
and gave him a name above all names,

10 so that at the name of Jesus everyone
in heaven, on earth, and under the earth might bow

11 and every tongue confess that
Jesus Christ is Lord, to the glory of God the Father. 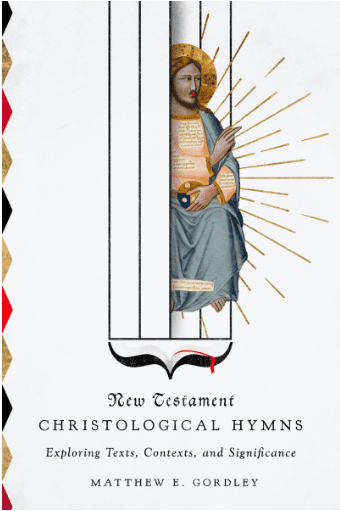 We are looking We are reading through Matthew Gordley, New Testament Christological Hymns.

He makes the following observations about this hymn, each of which deserves a long paragraph but can’t in this context:

First, as many have noted, the passage displays a clear temporal development through the verbs and participles. Each stanza in this arrangement has one main action verb, with the fourth stanza containing two.

Second, the passage follows a clear trajectory with regard to the figure of Jesus.

Third, as the hymn creates a trajectory with regard to the main subject, and as it expands its temporal register from distant past, to recent past, to future, it also expands its scope to include, apparently, all beings.

Fourth, the passage is framed with references to God (Phil 2:6 and Phil 2:11c) highlighting for the reader the importance of God for this hymn.

Fifth, though a relatively short composition, this praise of Jesus follows the pattern for an encomium.

Sixth, in light of the clear connections with ancient encomia, it is noteworthy that the accomplishments of Jesus contrast sharply with those for which humans were commonly praised. In fact, the central accomplishment of Jesus, per the hymn, and for which God exalts him, is his death on the cross.

Seventh, there is a notable series of connections between the language of this hymn and several of the central concepts of Second Temple Judaism.

Eighth, having noted the resonance with both Jewish and Greco-Roman ideas and practices, we are in a stronger position to notice the interplay between the two. In this regard, the Philippian hymn can be placed alongside other early Jewish texts that blend Hellenistic styles of praise with Jewish themed content.

Finally, this praise poem about Jesus is noteworthy not only for what it says about Jesus, about God, and about their relationship.

December 27, 2018 Early Christian Tension With Judaism
Recent Comments
0 | Leave a Comment
""
Queenofthefuzzybugs The (Non)Wesleyan (Non)Quadrilateral
""
Xanthrince JesusCreed.org Blog Prayer
""
William Ristau Writing In Your Life
"'This renewal began first with the renewal of the people of God (chapter 5 or ..."
Kostya2 Putting the Bible Together
Browse Our Archives
Related posts from Jesus Creed