When you read 1984 you may have thought the notion of “doublethink” was an exaggeration. If you are watching the news in the United States lately you will know this is not the case. While there have been plenty of examples (such as the “pro-life” support for war and lack of concern for the well-being of the living, or the use of “religious freedom” to refer to the freedom to impose one’s views on employees or society as a whole) one of the latest is a particularly clear case: people are supporting a politician who is trying to undermine and circumvent the democratic process, to steal the election, and his followers are rallying in support around the slogan “stop the steal.” It is hard to imagine anything that more precisely fits the definition of “Orwellian” than an effort to do something being carried out under the banner of a slogan calling for the prevention of that very thing.

Educators will need to wrestle with what is involved in teaching during an era in which doublethink is not hyperbole. Academics who specialize in religious studies need to ask both how this phenomenon impacts the study of religion, and how our study of historical examples of religious doublethink may have insights to offer to those trying to make sense of politics and the media in our time.

Here’s a key passage on doublethink from 1984:

To know and not to know, to be conscious of complete truthfulness while telling carefully constructed lies, to hold simultaneously two opinions which cancelled out, knowing them to be contradictory and believing in both of them, to use logic against logic, to repudiate morality while laying claim to it, to believe that democracy was impossible and that the Party was the guardian of democracy, to forget whatever it was necessary to forget, then to draw it back into memory again at the moment when it was needed, and then promptly to forget it again, and above all, to apply the same process to the process itself—that was the ultimate subtlety: consciously to induce unconsciousness, and then, once again, to become unconscious of the act of hypnosis you had just performed. Even to understand the word—doublethink—involved the use of doublethink.

The GOP Retreat From Empiricism

“When the pandemic came and hundreds of thousands of Americans died, he didn’t give a damn”

35 thinkers on “what Trump showed us about America”

When you lose the *Washington Examiner*

Eric Metaxas talks to Donald Trump. This is what court evangelicalism looks like.

Michael Gerson on Eric Metaxas: He has “publicly committed his life to Donald Trump”

On Devotion to Trump as Cult

John Pavlovitz has written a warning that the PTSD is still to come, as well as a “Dear Judas” letter to the Evangelical church. 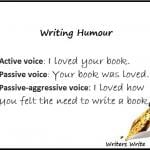 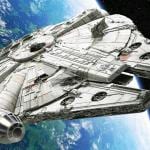 December 10, 2020 Ethical Dreaming
Recent Comments
0 | Leave a Comment
"I have pre-ordered your book"
gloriamarie What Jesus Learned from Women: Unofficial ..."
"That does not bode well for my academic aspirations! I've been buying ebooks whenever possible ..."
robrecht Religion in Galilee and Judaea
"I do think the pagination and references are indeed handled differently in the print and ..."
James F. McGrath Religion in Galilee and Judaea
"James: "Oh, absolutely! In What Jesus Learned from Women (p.192 n.18) I mention the possibility that, if ..."
robrecht Religion in Galilee and Judaea
Browse Our Archives
get the latest from
Religion Prof: The Blog of James F. McGrath
Sign up for our newsletter
POPULAR AT PATHEOS Progressive Christian
1