What Jesus Learned from Women Latest

Some updates related to What Jesus Learned from Women as well as some other related links. First, a reminder that the paperback edition is 40% off for a limited time from the publisher with the coupon code JUNE21 when purchased through the Wipf & Stock website.

Bible History Daily highlighted and summarized my Biblical Archaeology Review article on the story in John 8, which I explore in even more detail in my book. Jim Davila shared some thoughts about it.

I really enjoyed the conversations I had on Scot McKnight’s Kingdom Roots podcast with him and Laura Tarro. Have a listen here:

Next, there is a wonderful review of the book on the Amazon UK site (where the book is listed in a category that seems to me far from an obvious choice, to say the least). Here is the review from Craig Bach:

There are many obvious examples of Jesus speaking with women, but put them all into context and a theme emerges – across Gospel traditions – suggesting that women played a very important role in Jesus learning and thus his ministry. Prof. James F. McGrath needs to be praised for a great book that will spur many conversations and theological debates. I hope it will help bring light and clarity to an issue that has too often been demoted and devalued.

If you are interested in the New Testament and take it seriously, this book will open windows into the text that will help you appreciate it in a new way.

Let me say again that one of the most helpful and important things that you can do to support the book and the work I do, at no cost to yourself other than the time it takes to do it, is to write an Amazon review. Recommending the book to your local library also helps immensely and likewise only costs you time. Thank you for doing so if you already have, and thank you in advance if you haven’t yet but will!

I was reminded by Karen King’s paper in the recent Enoch Seminar meeting of a text I ought to have cited in my book. The Apocryphon of John mentions specific demons that made different body parts, and explicitly mentions seven powers that govern the whole body. For anyone who held this view of malevolent spiritual forces, which may have been more widespread than this specifically Gnostic form, the reference to Mary Magdalene having been set free from affliction by seven demons would probably have been understood to indicate that she had been healed of an all-body affliction.

For those who were at the conference, you may be thinking that you didn’t see me there – and you’re correct! I was unable due to conflicting commitments to attend the conference, but I viewed the live broadcasts of sessions on Facebook as often as I could. That practice that has become a feature of many online conferences stands to revolutionize the way we do things.

I’m grateful to Christy Cobb for giving my book a mention in her review of The Book of Longings:

Of related interest: Mike Bird reviews Dorothy Lee’s new book, The Ministry of Women in the New Testament. There’s also another new book on this topic, Patterns of Women’s Leadership in Early Christianity. RBL (SBL Central) has a review of a new book about Marys in the Bible (which can be read only by SBL members). See as well the following:

Beth Allison Barr on the Reformation’s Role in Limiting Women

Any time “biblical worldview” comes up, it is bound to intersect with this topic

John Wayne, Jesus, and Me

Two Questions for Complementarians (and One for Egalitarians)

Ken Schenck’s explanatory notes on Acts 1 mention the involvement of Mary in the early Christian movement (while also neglecting to challenge the assumption that those who thought Jesus was out of his mind in Mark were those same family members). Bob Cornwall also blogged about the latter topic in Mark 3.

On female mystics in the Christian tradition:

My Mother Gave Me The Gift Of Words

Women and the NT

Christian Mother: Feminism is “Satanic” Because Feminists Aren’t Just Like Me

Christian Mother: God Wants Women to Be “Submissive” and “Meek,” Not “Right”

Ben Witherington shared a talk he gave recently about women in ministry. And here is More from Scot McKnight’s Kingdom Roots podcast, which I also appeared on just recently (and shared above): 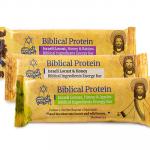