There Are No “Biblical Men”

Growing up as a young boy within Evangelical Christianity, I was constantly inundated with 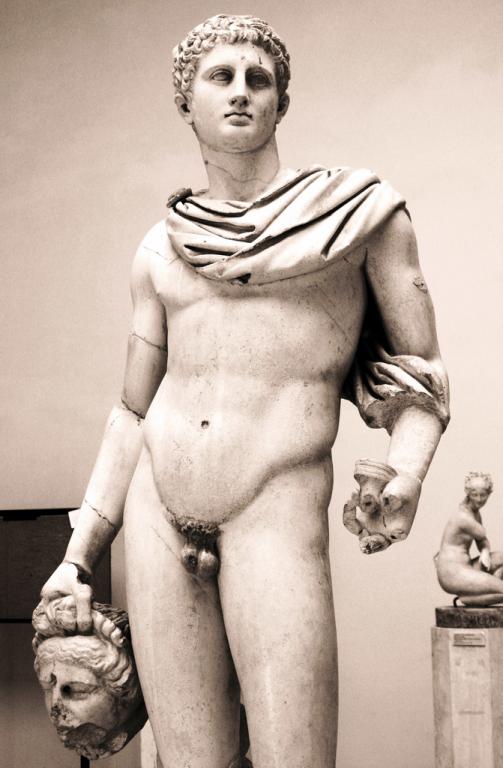 teaching from my pastors and youth leaders on what it looks like to be a “Biblical Man”. I would be taught the importance of being a leader and protector, and warned about allowing my emotions to get the best of me. Along with some of these general concepts of masculinity, I was also taught a whole slew of other cultural standards for what it looked like to be a man. In Youth Group, when all I wanted to do was sit and talk with my friends, I was forced to play sports like dodge ball and football. When I wanted to listen to classical music, my youth pastor took me to a Christian rock concert, instead. And when I signed up to volunteer in the church office, I was forced instead to work with the construction and maintenance crew- this was just what “Biblical men” did.

For years, I struggled to fit in to the gender identity that I was told God had created me to be. I knew I was a boy and I felt like a boy, but I didn’t want to be a sweaty, football playing, burping, manual-labor-loving boy that I was told God had created me to be. According to many in my community, I was failing to live up to God’s standard. I was shamed by my pastor for doing “sissy work” when I wanted to be in the office instead of outside doing manual labor. My youth pastor made me leave a funeral service because I was crying. He told me, “If you want to be a pastor, you’ve got to learn to be a man. Men don’t cry.” For years I questioned whether or not I was pleasing to God because I was a man but I did cry. I didn’t like manual labor. I loved singing in choir. I was soft-spoken. I didn’t feel like any of this made me less manly, and in fact, the men I admired most had similar qualities.

But as I searched the Scriptures, I was surprised to find a stunning lack of clarity on what it meant to be a man. In fact, many men in the Bible seemed to have traits similar to the ones I possessed. Jesus himself wept. And as far as I could tell, he never played football either. In recent years, as I have begun to engage the topic of Biblical manhood in depth, it’s become clear to me that there is no clear set of Biblical guidelines for what it means to be a man. Instead, the Bible offers a number of guidelines for how to be a healthy and faithful human being, regardless of ones gender identity.

Dr. Dennis Rainey, a popular Evangelical teacher, has put together a list of the 5 marks of a Biblical man, which he claims to derive directly from Scripture. Dr. Rainey says that a Biblical man:

As I have studied the cultural context surrounding the New Testament writings and early Christianity, it has become astoundingly clear to me that Dr. Rainey (and subsequently many other evangelicals) definition of masculinity is derived much more from the Greco-Roman culture than from any clear teachings of Christ.

In the Greco-Roman world, there was an idealized version of manhood that all men were to aspire to become like. It is, for instance, a Platonic ideal that men should separate themselves from emotions and passions. It is from within the Greco-Roman culture men are seen as providers, leaders, and protectors of their families. But what of men who don’t have families? What of men who are deeply emotive and creative? According to the definition and logic of the culture of Ancient Rome and of many evangelicals today, they are seen to be less than masculine.

According to Dr. Jennifer Larson, the Greco-Roman conception of masculinity had little to do ones biology and more to ones social class and political position: “Masculinity was viewed as an attribute only partially related to an individuals anatomical sex… Because masculinity was all but identified with social and political dominance, there was no assumption that all males must be masculine.” (Jennifer Larson, Paul’s Masculinity, 234) In the Greco-Roman world, not all men were expected to be “masculine”, but only those who would hold power and authority. It is interesting that many modern day Christians preach that all men, to be biblically faithful, should embrace this Greco-Roman vision of masculinity that was inextricably linked to attaining or being in power, when the way of Christ is one of forfeiting and subverting worldly power for a greater power: love.

Many of the most prominent men in the Scriptures intentionally blur lines between definitions of masculinity and femininity. Jesus himself, for instance, aligned to many Greek conceptions of masculinity in the way he conducted himself in public discourse, but he would have appeared rather feminine in his radical servanthood (in associating with the unclean and washing his disciples feet) and willingness to be crucified (Being penetrated and dominated, sexually or otherwise, was seen to feminize the one who was penetrated), both of which subverted the Greco-Roman cultural norm for male leaders. This had led scholar Adriaan Van Klinken to conclude, “Jesus Christ’s masculinity in early Christian writing is a highly instable matter.” (Van Klinken. Jesus Traditions and Masculinities in World Christianity, 12) Dr. Larson supports this claim by asserting: ” To some groups, particularly elite Roman males, a “muscular Jesus” would have appealed far more than a Jesus whose triumph was revealed in his weakness” (Larson, Paul’s Masculinity, 97) Indeed, the Jesus we find in the Gospel’s finds himself in conflict with both Greco-Roman masculinity and consequently modern “Biblical masculinity”. This doesn’t mean that Jesus adopted a feminine identity, but instead, embraced aspects of both within his person, representing a new paradigm for thinking about gender identity.

The Apostle Paul’s masculinity was also frequently called into question, which he responds to extensively in his letters to the church at Corinth. Dr. Larson notes: “When we view the criticisms [of Paul] against the background of Greco-Roman social conventions in the first century, we see how Paul’s opponents were able to use the prejudices of the time against him: physical unattractiveness or disability detracted from ones ability to lead and persuade others, as did indicators of low social status…” (Larson, Paul’s Masculinity, 85) Paul didn’t fit the ideal image of a man or of a leader in his day, which made many in his society and even in the church very skeptical of his ability to lead the fledgling movement well. Simply put, he just wasn’t “man” enough to be an apostle.

Any attempt to construct a Biblical model for masculinity proves to be an impossible task because even Christ himself, along with many other men in the New Testament, are constantly being called in to conflict with the predominate model of masculinity of their day. As Biblical historian Mary D’ Angelo notes, “It would be difficult to argue that [the Biblical Authors] addressed the issue of gender…in any coherent or comprehensive way…Nor is it the case that [the Scriptures] reflect gender practices that were unheard of or even challenging for their time.”(Angelo, Representations of Women in the Gospels, 145)  What we see demonstrated in the New Testament is a call to embrace the fullness of our unique identity in their Creator, whatever that may look like, rather than to conform to our cultures standards of manliness.

Instead of mandating so-called “Biblical” gender norms for Christians conform to, the Church should instead be calling people to conformity to the way of Jesus. The call to follow Christ is a call to put off our false self with all of it’s various, culturally imposed identities and to embrace our true, God created identities. Or as the Apostle Paul writes in Colossians 3:9-11, “…[Take] off your old self with its practices and… put on the new self, which is being renewed in knowledge in the image of its Creator. Here there is no Gentile or Jew, circumcised or uncircumcised, barbarian, Scythian, slave or free, but Christ is all, and is in all.” To participate in salvation is to participate in renewal and redemption of our lives into the image of our Creator. This means that each of us will be unique in how we appear in the world, representing the eternal uniqueness and creativity of our God. In this renewed economy, all distinctions of race, class, gender, sexuality, and culture remain and help to make up our distinct identities, yet we find a common unity in spite of our distinctions through our participation in the Spirit.

Some parts of our true identity will align with the presuppositions of culture, while other aspects may put us at odds with our culture and even more with the Greco-Roman world of the Bible. In all of it we are called to conform our lives to the way of Jesus, which has little to do with leadership positions in our family, participation in manual labor, or how we express emotion, but rather, whether or not we live with authenticity and love extended to God and to our neighbor.

So for followers of Christ, the question should not be what does it look like to be a “Biblical man” or “Biblical woman”, but what does it look like to be fully and truly “me”. When we stop trying to conform to the various images that culture, past and present, have given to us and instead conform our lives to Jesus, who himself conformed not to his cultural standards but to the image of God, we will enter into a truly abundant life.

“[In Christ], you have been clothed with the new man that is being renewed in knowledge according to the image of the one who created it.” 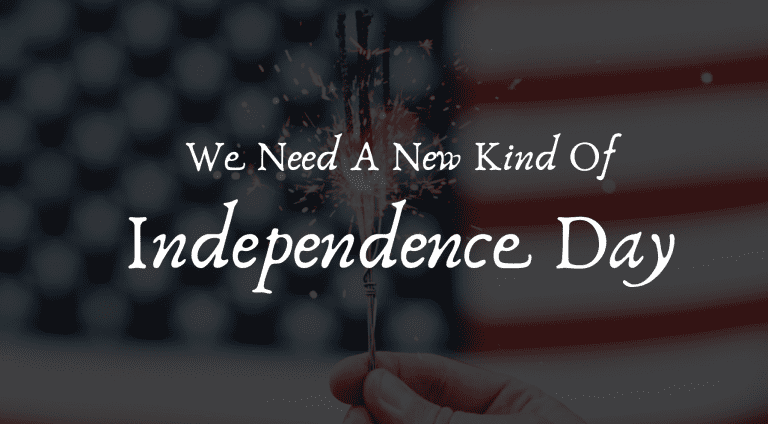 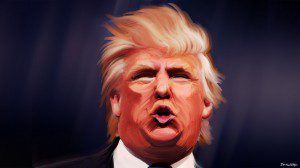