The Danger of Disembodied Theology: A Response to the Anglican Primates 2016

After spending almost a week together in “prayer”, the Primates of the Anglican Communion have 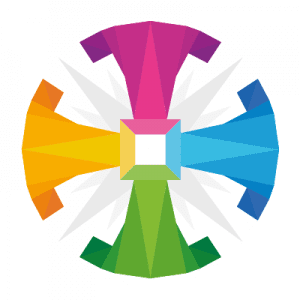 released a statement calling for official “discipline” of the Episcopal Church in America until it repents for the changes it has made in its doctrinal position on marriage. In a statement released by the Primates on Thursday, they noted:

“Recent developments in The Episcopal Church with respect to a change in their Canon on marriage represent a fundamental departure from the faith and teaching held by the majority of our Provinces on the doctrine of marriage.”

They continued on, saying:

“The traditional doctrine of the church in view of the teaching of Scripture, upholds marriage as between a man and a woman in faithful, lifelong union. The majority of those gathered reaffirm this teaching.

…Given the seriousness of these matters we formally acknowledge this distance by requiring that for a period of three years The Episcopal Church no longer represent us on ecumenical and interfaith bodies, should not be appointed or elected to an internal standing committee and that while participating in the internal bodies of the Anglican Communion, they will not take part in decision making on any issues pertaining to doctrine or polity.”

Whenever I see large Christian bodies making statements like the one released from the Primates Gathering, I also wonder just how many LGBTQ+ people these leaders actually know. These statements not only reflect a lack of education and understanding, but they also reveal a great deal of fear rooted in ignorance. While I don’t doubt for a second that the Primates gathered actually believe that the Scriptures teach that marriage is exclusively between one man and one woman, I also am aware that these leaders have likely never taken the time to examine the lives of and hear the stories of those of us who identify as LGBTQ+ Christians.

If Christianity is anything, it’s incarnational. Our faith is rooted in the story of God becoming a human being and experiencing life among us, as one of us. Christian faith is rooted in the principle of “kenosis”, a theological word used by the Apostle Paul in his hymn of praise in his Letter of the Philippians, chapter 2 where he describes how Christ refused to exploit his power and instead, stepped into solidarity with the humanity, becoming Emmanuel, “the God who is with us.” In the Christian story, God himself desires to walk in the shoes of humanity, to experience their reality, and allows that to shape him.

Embedded in this story is the idea that experience shapes our perception of reality. No concept is scarier to Christians, influenced by Western, modernistic, post enlightenment thought, than to believe that our lived expiree and our emotions could be key components influencing our concept of truth. But this is a fundamental part of what it means to be a follower of Jesus Christ. That we walk with those whom we perceive as “far off”, those who we don’t understand, those who we perceive as “sinful”. And it is in that process of walking alongside of them that God speaks to us most powerfully and our concept of reality is shaped most drastically.

What I am saying is this: I believe that the Anglican Primates who are calling for separation from the Episcopal Church because of its position on same-sex relationships are acting out of fear and ignorance because they have never actually sat across a table with and walked along side with any LGBTQ+ disciples of Jesus. It is easy to demonize from a distance. It’s easy to declare “heretic” when you’ve never walked in the shoes or experienced God through the eyes of your “other”. These Primates, and in fact, all those who are animatedly opposed to LGBTQ+ Christians need to follow the Biblical imperative and get to know some faithful LGBTQ+ followers of Jesus. They need experience life through our eyes. They need to see just how God-honoring our relationships and our “lifestyle” can be. Because until they do that, they will only be grasping on to disembodied theology, and nothing is more dangerous, destructive, or deadly.

What does all this mean for the future of the Anglican Communion? As much as many of my conservative friends might think this is a major move that threatens to cause a catastrophe in the communion, I don’t think that’s even remotely true. The Archbishop of Canterbury said last week that if a schism were to happen, it would be a “failure” to act as a communion of Christians, but it wouldn’t be a “disaster.” Nonetheless, it is my hope that the Primates aggressive actions wouldn’t result in a schism, but rather, would open the door for further conversation and dialogue. Schism should be reserved for only the most severe cases of heterodoxy and immorality, and disagreements on same-sex relationships don’t even come close to that.

May God grant the leaders of the Anglican Communion the discernment, grace, and boldness to embrace the incarnate way of Christ, refusing to divide over disembodied doctrines, but to walk in the shoes of the very people over whom they are disagreeing. And may they, in doing so, experience the power of God working in and through the lives of sexual and gender minorities and turn from their resistance to the wild, untamable movement of the Holy Spirit.