No, President Trump. Mayor Faulconer Is Not Doing “the Right Thing” When It Comes To Homelessness In San Diego

No, President Trump. Mayor Faulconer Is Not Doing “the Right Thing” When It Comes To Homelessness In San Diego September 25, 2019 Brandan Robertson 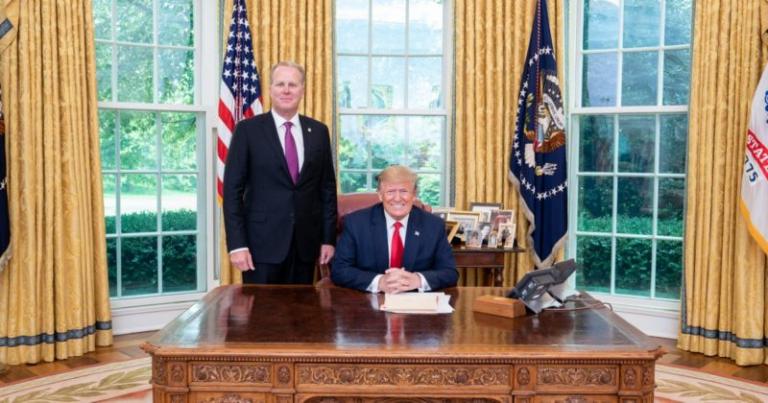 However, during Mayor Faulconers term as Mayor, the State of California and the City of San Diego have implemented number of burdensome laws to limit the ways in which faith communities and non-profit organizations can engage in efforts to address homelessness in our City.

For instance, California Assembly Bill 2178 restricts the ability of thousands of non-profits and faith communities from being able to prepare meals for homeless communities without meeting a long list of requirements including permits, ensuring the food is prepared in a commercial kitchen, and other requirements. The Union Tribune reported at the beginning of the year that this law had caused the San Diego non-profit Deliverance to cease its operations.

The City of El Cajon passed an emergency ordinance in 2018 that made it illegal to feed the homeless in public, leading to twelve individuals being given citations from the El Cajon Police Department.

And at the end of August, Missiongathering Christian Church in North Park, where I serve as the Pastor, was ordered by the City of San Diego to cease our weekly homeless youth shelter, the only one in the entire City for both “safety” concerns as well as for violating a city ordinance which says that faith communities may only host a shelter thirty times each year without a Conditional Use Permit, which can cost an upwards of $20,000 to obtain.

Since the news of our shelter being forced to close was made public, I have been contacted by a number of faith communities around San Diego County that have said they too are facing pressure to cease operations of their outreach to the homeless- something that is an essential part of most religious traditions regular practice.

In my own tradition of Christianity, we are compelled by Scriptures such as Isaiah 58:7 which commands “Is it not to share your bread with the hungry and bring the homeless poor into your house; when you see the naked, to cover him, and not to hide yourself from your own flesh?”Jesus himself gave similar such commands in Luke 14:13-14 when he said: “But when you give a feast, invite the poor, the crippled, the lame, the blind, and you will be blessed, because they cannot repay you. For you will be repaid at the resurrection of the just.”

Serving those experiencing homelessness is the foundation of my faith, and this practice is protected by the First Amendment of the Constitution which states: “Congress shall make no law respecting an establishment of religion, or prohibiting the free exercise thereof…”No law and no ordinance shall be made that prohibits the free exercise of any faith. And yet, each and every restriction that The City of San Diego and the State of California has implemented has continually pressured faith communities and non-profits like my church to cease operations, which not only violates our religious liberty, but exacerbates the homelessness crisis.

Who would have ever imagined that we would face a day when the government would restrict the operations of those who are seeking to help the community? Who would have ever imagined that it would be illegal to give food to someone who is hungry or to provide shelter to someone without a bed? And yet this is precisely the reality that we’re facing in the City of San Diego.

And while our politicians like Mayor Faulconer and Councilman Chris Ward pat themselves on the back for their efforts to address the crisis, the reality is that the situation will only continue to get worse without the support of non-profits and faith communities. Unless the City of San Diego is willing to consider the wellbeing of those experiencing homelessness on the same level of the wealthy donors who don’t like seeing those experiencing homelessness in their communities, there will never be any substantive reduction in the rates of homelessness in our city.

So, I ask you, the San Diego community: Is it the “right thing” to be shutting down shelters, food banks, and meal stations? Is it progress to make it illegal to prepare a meal for homeless neighbors? Does having more people sleeping on the streets at night rather than in churches and community centers make our communities better? Apparently, our Mayor and elected officials think so. But they work for us, and its now time for us to decide.