What Must White Churches Do To Be Saved?

What Must White Churches Do To Be Saved? January 4, 2016 Fredrick Robinson 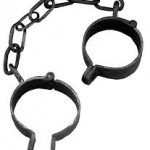 In today’s racially, socially and economically unjust environment, the voices of white theologians like Jennifer Harvey are important.

Harvey, author of Dear White Christians: For Those Still Longing for Racial Reconciliation, is making rounds at churches across the nation trying to convince them that reparations for descendants of former slaves is an idea that must not be ignored.

Harvey is a white scholar doing the work white activists and scholars should do. She is having the hard conversations with her own clan and challenging them on their silence and complicity.

There is much potential in Harvey’s focus on white churches because if transformation is ever to come, cultural attitudes must change. And churches remain major arbiters of the social and political ideas that constitute folkloric American culture.

In fact, the reason it is impossible to even to talk about reparations is because the nation’s cultural narrative won’t allow it. To acknowledge a debt is owed means owning up to the lie that American exceptionalism—reinforced every Sunday at high-noon—is largely built upon.

Influenced by empire and the desire to keep privileged white people safe and happy, white churches play along and continue to spread the lie that America is a nation of hard work, duty, and opportunity rather than pillage, murder and oppression. That cream always rises to the top. That Blacks are victims of their own poor choices rather than the legacy of slavery and subsequent generations of terror and racial subjugation. Sadly, these are the lectionary notes of most American churches.

But Harvey is trying to chip away at this cultural and social myopia. She wants the white church to be born again and call out the racism that’s baked into the social structures of this nation and the church’s blindness to it.

She rightly contends that an authentic pursuit of racial justice must go beyond rosy visions of diversity. Genuine change, she argues, demands nothing less than dismantling the structures of white supremacy—birthed in the bosom of slavery—that maintain and proliferate economic and racial injustice.

What would it look like if we fully traded our inclinations toward charity for justice and hospitality for mutual regard to moral due—reconstituting and reforming the very basis of our interracial relationships in ways that lead to both individual and structural change?

She also correctly rejects the notion that the inequity between the races has little do with the past. Indeed, there was no clean break from slavery. What most Blacks experienced in the aftermath of the Civil War was, in fact, slavery in everything but name.

After Reconstruction, laws and systems were put in place that created new forms of bondage: the convict lease system, Black Codes, special fees that kept Blacks from owning businesses, and exorbitant interest rates that prevented them from building wealth.

The convict lease system, which actually existed during slavery, thrived after emancipation because of a gaping loophole in the 13th Amendment. The amendment  abolished slavery EXCEPT in the case of punishment for a crime.

This legal exception allowed the South to essentially inaugurate a second wave of slavery.  Black life was criminalized and many were arrested for the most trifling offense.

The convict leasing system also gave former slaveholders the right to continue profiting off free Black labor, a practice that reduced its victims to little more than human tools.  “By the end of Reconstruction in 1877 every formerly Confederate state except Virginia had adopted the practices of leasing Black prisoners into commercial hands,” writes Douglas Blackmon in his book, Slavery by Another Name.

The subjugation of Black life was so pervasive that C. Vann Woodard penned these words in his pivotal tome, The Strange Career of Jim Crow:

In the early years of the twentieth century, it was becoming clear that the Negro would be effectively disenfranchised throughout the South, that he would be firmly relegated to the lower rungs of the economic ladder, and that neither equality nor aspirations for equality in any department of life were for him.

Just as there was no clean break from slavery, neither was there from Jim Crow. It simply evolved into a less overt but equally sinister system of racial oppression that is fully operative today.

Indeed, Jim Crow—the ideological offspring of slaveholders (and its more modern manifestations)—is bred in the bones of America.

Its handiwork can be seen in mass incarceration, the brutality of Black bodies by the police, redlining, racial alienation, inner city violence, crumbling cities, the wide chasm between Black and white wealth, and discrimination in college admissions, employment, lending, health care and housing.

The case for reparations? All the above and more.

Exploring in detail the failures of those programs is for another article. But none of them addressed/addresses structural issues, and as such, were/are mere bandages on gaping wounds. Neo-liberal solutions can’t save us.

The call for reparations is about recognizing, as Harvey says, “that something new is required of us.”

It’s about remaking our country, not shifting around its furniture. It’s about addressing structural injustice and implicit bias and how they preserve white advantage and ensure Black suffering.

It’s about trying to “to interrupt the flow of business as usual,” as Allan G. Johnson writes in Privilege, Power and Difference, and building something better for the future.

It’s about clearing the American mind and opening the door to national healing and social renewal.

At the very least, Congress should pass Detroit’s Rep. John Conyers’ bill, which he introduces every year, that would require setting up a committee to study the issue and to make recommendations.

The kind of reparations I support has nothing to do with individual checks to African Americans. It’s an aggressive program to try to build Dr. King’s idea of the beloved community. Yet it understands that there can be “no beloved community without a beloved economy” and that without some form of redistribution, renewal of institutions, reversal of mass incarceration and other corrective measures, we’re just going through the motions.

Would reparations end all Black suffering? Of course not. But it would at least explain the disproportionate existence of African American pain and help the nation chart new ways of understanding and dealing with it.

Supporting reparations is not acquiescence. It’s not bowing at the feet of the white America. It’s an acknowledgement of the ways in which whites continue to benefit from slavery’s legacies while Blacks continue to be harmed.

It is also a sobering recognition that without reparations—or some radical program that exorcises the nation of the demonic structures of injustice that continues to oppress and brutalize Black bodies—our nation will never be WHOLE.

I know it’s not politically expedient. I know it’s a hard sell. I know its greatest enemy is apathy. I know it comes with great costs—more than the nation is currently willing to pay.

But if slavery is America’s “original sin”—and it is—then reparations to descendants of former slaves may the only thing that can redeem its soul.

Fredrick Robinson is a contributor for R3 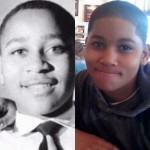 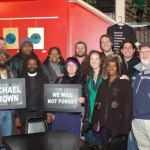